Geysers are underground springs which spout up columns of steam and boiling water from time to time. They form when cold water finds its way from the surface of the earth deep into the rock below. As the water travels, it finds a crack in the rock or wears away a crevice to make its own channel. The water flows deep into the earth until it reaches very hot rocks far below the surface.

These rocks heat the water, but the water cannot boil and bubble as a pot on the stove does because of the weight of the water on top of it. As the water gets hotter and hotter, steam begins to form and the water is pushed up and out through an opening in the earth’s surface.

As more and more water is released this way, the water at the bottom makes more and more steam until it explodes and spouts out powerful bursts, or gushes. 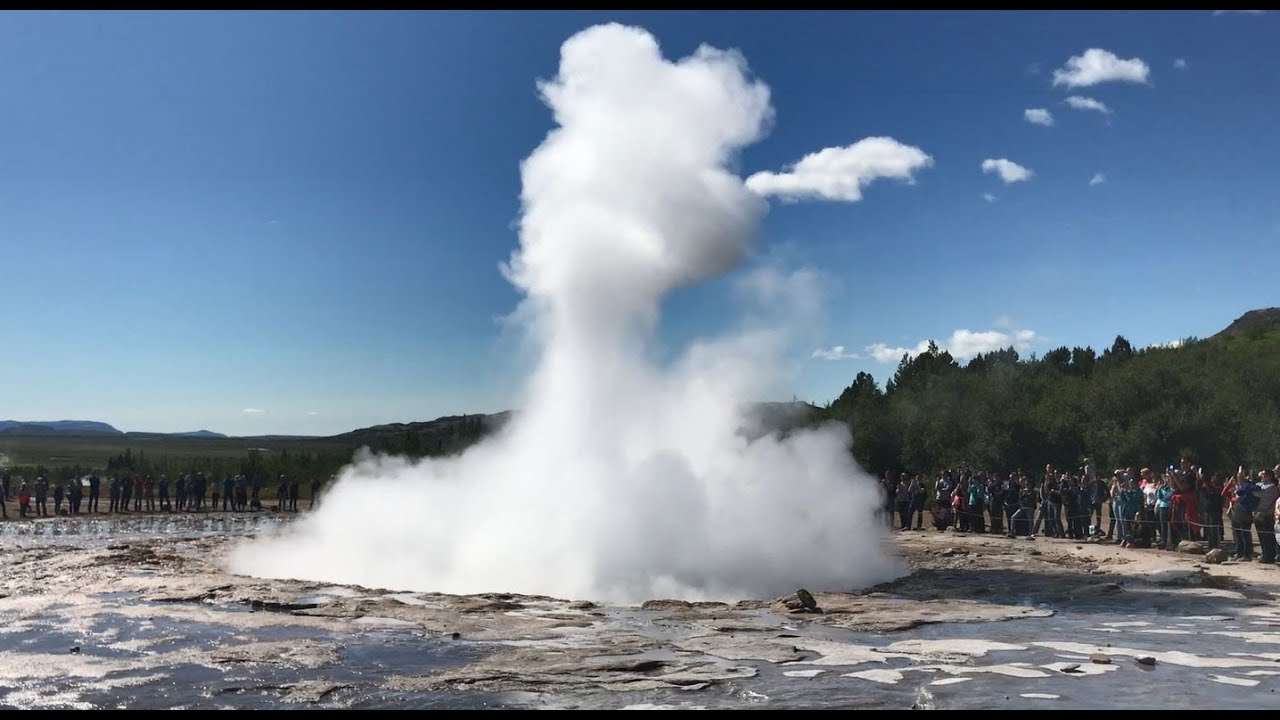 The height of these gushes varies, from bubbles a few inches above the ground to columns of water hundreds of feet tall. The period between gushes also varies, from intervals of a few minutes in some geysers to months in others.

Geysers have been found in various parts of the world, in different climates and different land conditions. Iceland has dozens of geysers in a cold, barren lava field ten miles wide. New Zealand has many geysers amid lush jungles.

However, Yellowstone National Park in the U.S.A. holds the record, with over 200 active geysers. The most famous geyser at Yellowstone is “Old Faithful,” which erupts every 65 minutes for about four minutes, and has been doing it for over eighty years without a miss. Its water reaches from 120 to 150 feet into the air.

The tallest geyser ever to erupt was Waimango geyser in New Zealand, which in 1904 sent up a column of steaming water over 1,500 feet high!