What Are the Biggest and Smallest Insects in the World?

Some South American beetles grow over 5 1/2 inches long, and one tropical stick-shaped insect has been known to grow over a foot in length.

But the heaviest or “biggest” insect on earth is the African Goliath beetle, which grows up to six inches long and may weigh over 3 1/2 ounces.

The body of a Goliath beetle is a deep red color, with a black-and white striped head and a pair of black horns a quarter-inch long. The beetle uses these horns to dig into the bark of trees and suck out plant juices. 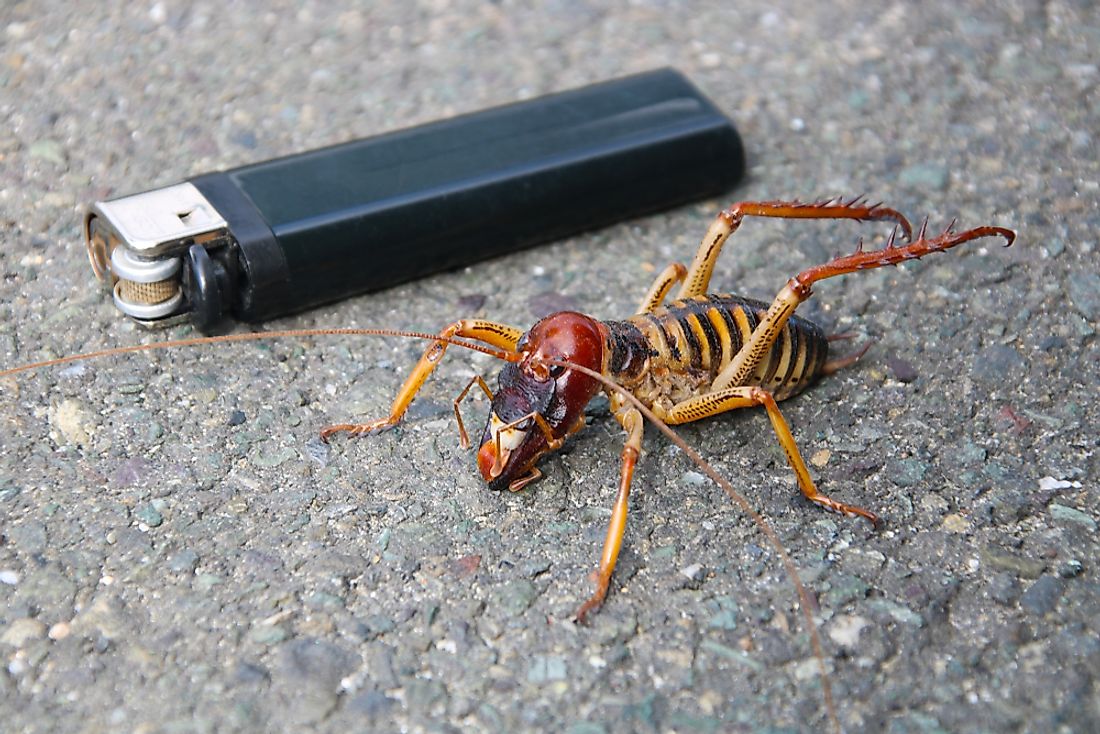 The smallest insects on earth are the battledore-wing fairy fly, a kind of parasitic wasp, and the hairy-winged beetle. They are only 1/125 of an inch long, smaller than some one-celled animals! You could probably put several of these insects on the head of a pin.

One Goliath beetle in a museum was fed a banana, and used its horns to peel the fruit!