What bacterial infections are resistant to antibiotics and Why?

While resistant strains of the potentially deadly S. aureus bacterium have been known for some years to occur in hospitals, it is only recently that these strains have made their way into the community at large.

In 1997, a seven-year-old girl from an urban area of Minnesota was admitted to a hospital with a temperature of 103 and pain in her right groin. Her hip joint was found to be infected and was surgically drained. She was treated with cefazolin, a cephalosporin antibiotic of the same molecular type as penicillin, but effective against more bacteria.

It didn’t make her any better. When they cultured her blood and joint fluid, the doctors found methicillin-resistant Staphylococcus aureus (MRSA), and they started her on vancomycin, the one drug that can be effective in combating this microbe. But it was too late: her hip was still infected, and now she had respiratory failure and had to be put on mechanical ventilation. Pneumonia and emphysema followed, necessitating a chest tube. After five weeks of painful treatment, she died of a pulmonary hemorrhage. 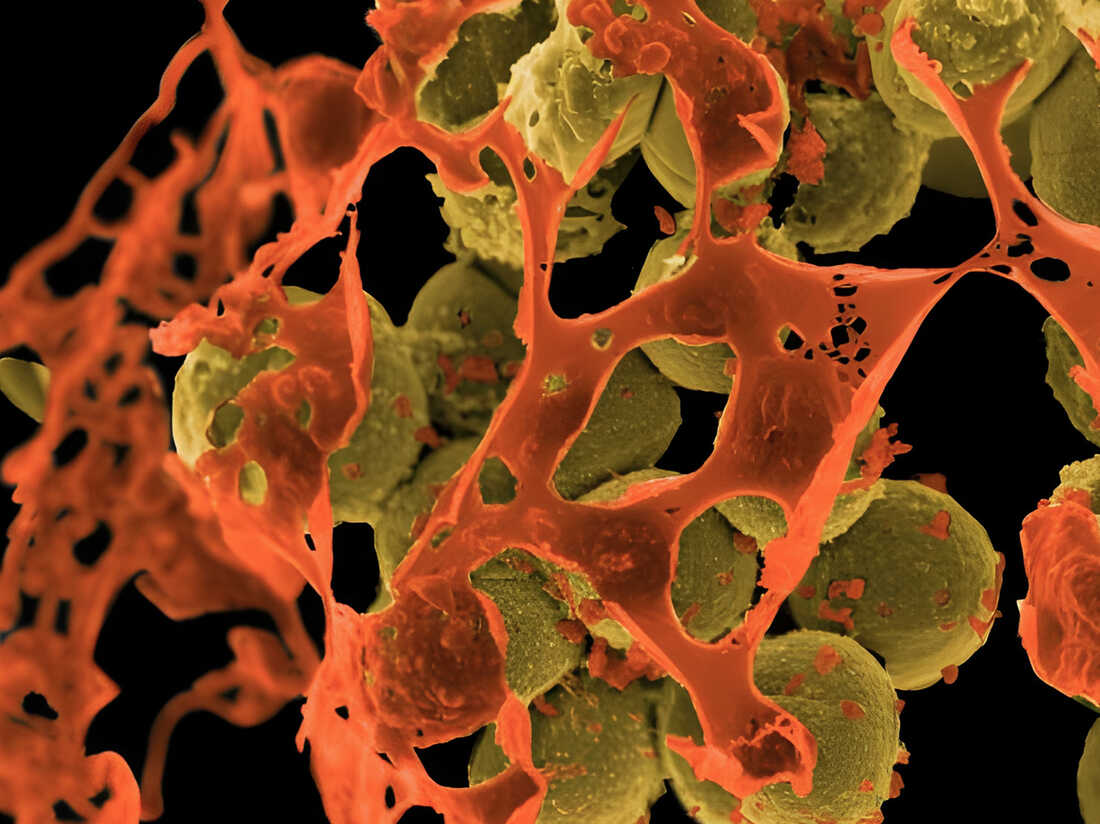 For a 16-month-old girl from rural North Dakota, death came sooner, within two hours after she was admitted to a hospital in January 1998 with a fever of 105.2, seizures, and a rash all over her body. She, too, was treated with a cephalosporin antibiotic. A postmortem culture of her blood and spinal fluid grew MRSA, which had also infected her brain, heart, liver, kidneys, and lungs. She hadn’t been in a hospital in the previous year, and neither had any members of her family.

A year later, in January 1999, it happened again: a 13-year-old girl from rural Minnesota was admitted to a local hospital with fever, hemoptysis (coughing up blood), and respiratory distress. On X ray, her lungs appeared infected.

Within five hours after admission, she was put on vancomycin and cefotaxime, but neither antibiotic did any good. On the seventh day after her admission, she was dead from cerebral edema and multiple organ failure. MRSA was again the culprit, although she had no recent hospitalizations and none of her family members were either health care workers or had a history of injection drug use.

A month later, in a rural area of North Dakota, a 12-month-old boy was admitted to a hospital with bronchiolitis, vomiting, and dehydration. A chest X ray showed a lung infection. Despite the insertion of a chest tube and treatment with vancomycin and cefuroxime, he was dead within a day, and MRSA was cultured from his pleural fluid and postmortem blood. His sister had been treated successfully for an MRSA buttock infection three weeks earlier, and he apparently got the virulent germ from her.

These cases varied in location, rural and urban, and in race. The 7-year-old was black, the 16-month-old was Native American, and the the extent of community-acquired MRSA is unknown, it is becoming clear that it is now a widespread problem and is no longer limited to health care settings. The CDC now advises doctors to consider MRSA infection as the possible cause in pediatric pneumonia or sepsis in areas where community MRSA infections have been reported. This means treating such patients with vancomycin (in addition to a third-generation cephalosporin) even before the culture results are known.

Another germ that can be deadly and that plagues day care centers is S. pneumoniae. Sometimes called pneumococcus, this organism has been for decades the most common bacterial cause of community-acquired pneumonia. Recently it has developed resistance to most antibiotics used for treating it. Children in day care are among the groups most likely to harbor the antibiotic-resistant forms of this microbe.

It is not approved for children under 18 except in serious or life-threatening infections.