Most plants produce pollen, which is carried by insects or the air to other plants to pollinate them and produce seeds. Many people are allergic to the pollen of certain plants, and the sickness they suffer from this pollen is called hay fever.

Most hay fever is caused by the pollen from ragweed and goldenrod. When pollen from these plants reaches a person with hay fever, it may land in the mouth, nose, or lungs. The membranes that line these parts of the body then produce mucous to fight off the pollen, leading to a runny nose, watery eyes, and sneezing.

Plants send their pollen into the air only at certain times of the year. That’s why there’s such a thing as a “hay fever season.” 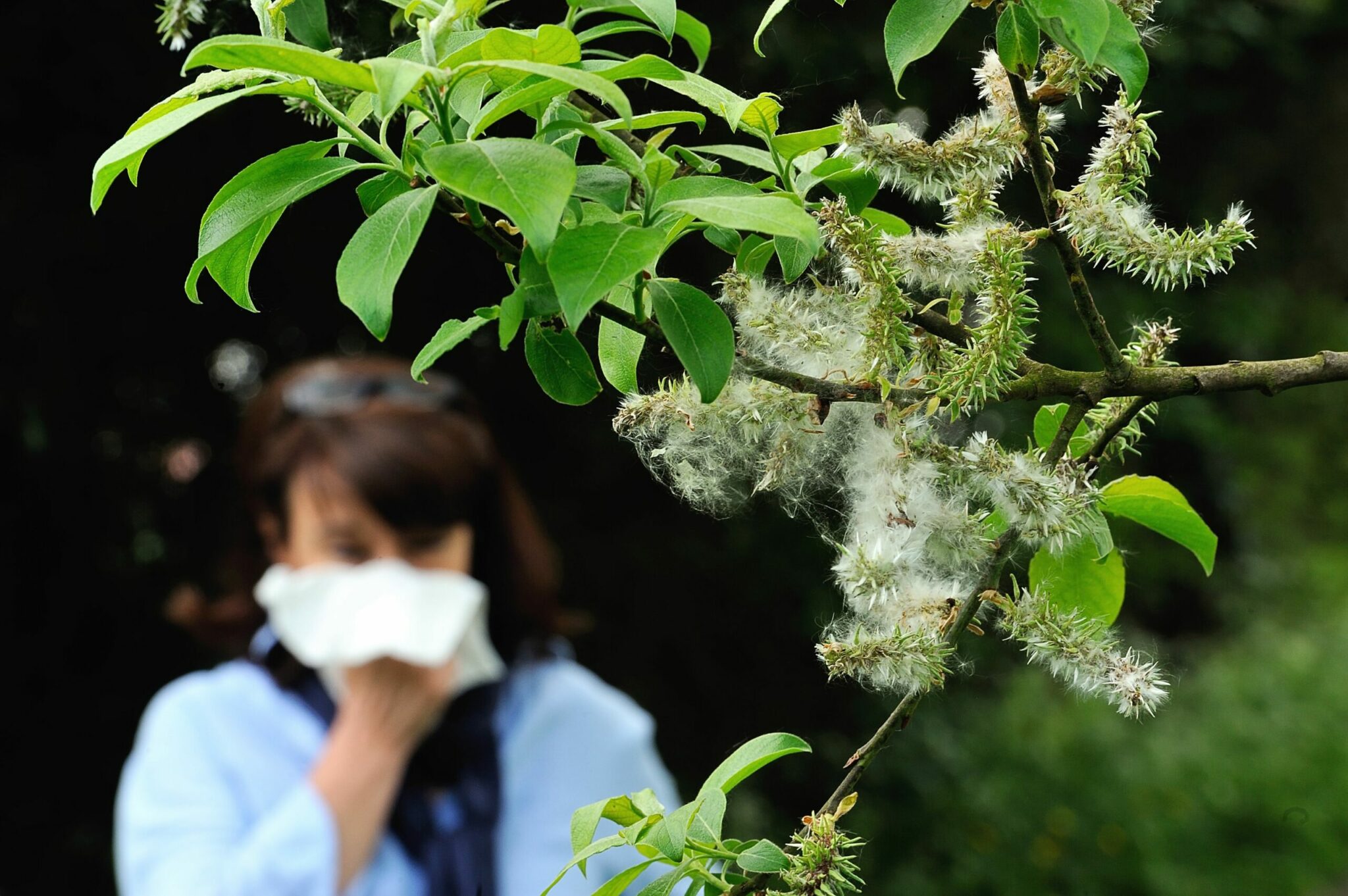 Though hay fever is not often produced by pollen from hay, the allergy is called hay fever because it was first described by an English doctor who noticed that it always appeared during the haying season.