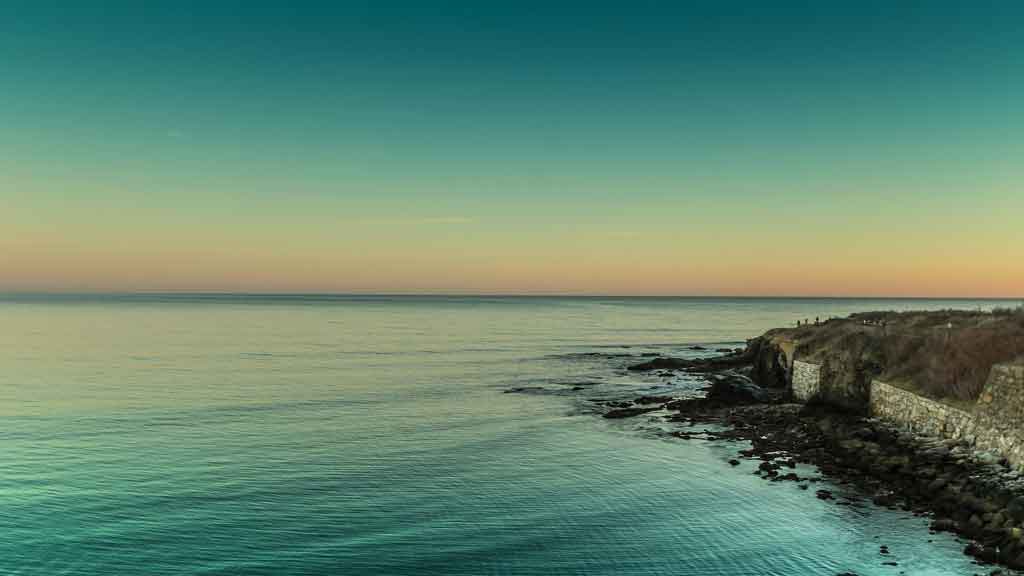 In places where deeper currents flow below surface currents, the deeper ones flow in the opposite direction of the surface ones.

There are currents which flow along the Equator in each of the major oceans. These currents carry warm water.

But when these currents reach a continent, they split, with one current going north and the other going south. As the water gets farther and farther away from the Equator, it cools. So when it turns back to the Equator, either clockwise or counter clockwise, it becomes a cold current.

To see the path a current can take, we can look at the Gulf Stream. It begins in the warm waters of the Gulf of Mexico and passes through the Straits of Florida. It then flows in a northeasterly direction across the Atlantic Ocean towards Europe, often traveling as fast as 138 miles a day.

The Gulf Stream’s warm waters are responsible for keeping many northern European ports free of ice during that area’s cold winters.