Who Discovered that Ocean Currents affect Global Weather and Why is the Gulf Stream important?

The Atlantic Ocean’s Gulf Stream is the most important of our world’s ocean currents. It is a major heat engine, carrying massive amounts of warm water north to warm Europe.

It has directed the patterns of ocean exploration and commerce and may be a major determinant of the onset of ice ages. Finally, it is the key to understanding global circulation patterns and the interconnectedness of the world’s oceans, weather, and climates.

American statesman, inventor, and scientist Benjamin Franklin conducted the first scientific investigation of the Gulf Stream and discovered its importance to Earth’s weather and climate. His work launched scientific study of ocean currents, ocean temperature, the interaction of ocean current with winds, and the effect of ocean currents on climate. Franklin’s discoveries mark the beginnings of modern oceanographic science. 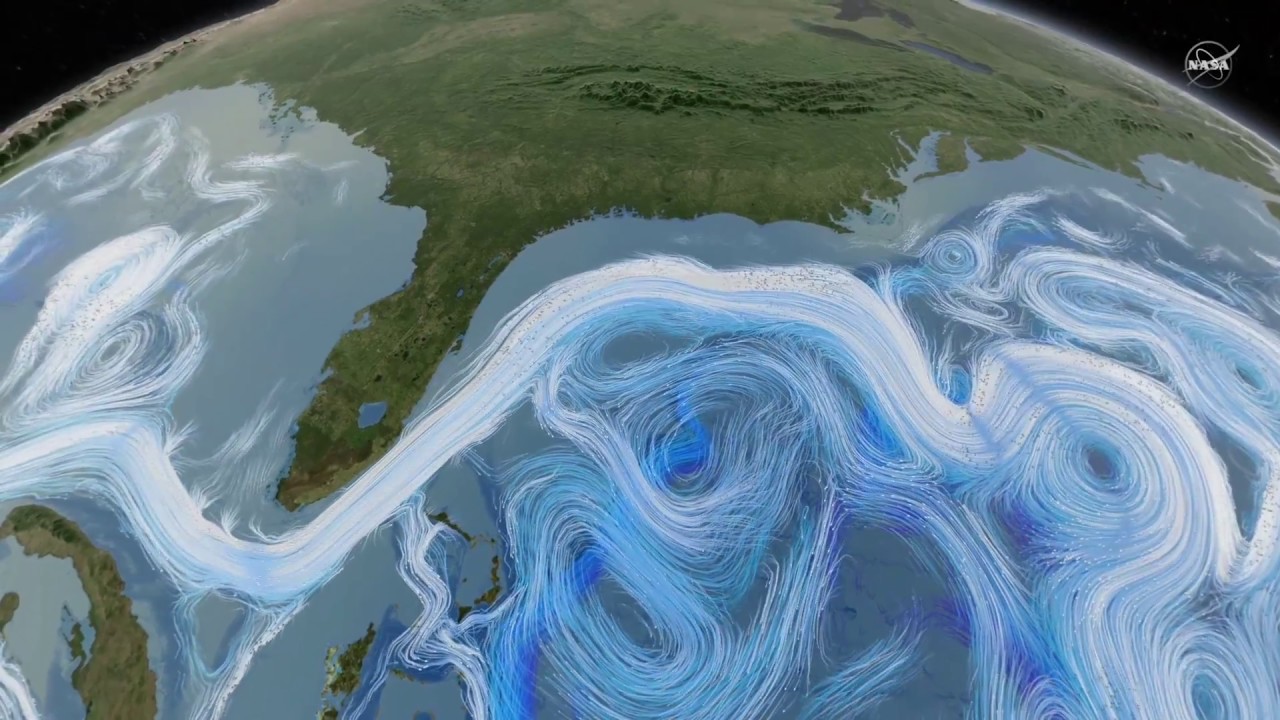 Benjamin Franklin set out to map the Gulf Stream in order to speed transatlantic shipping. He wound up discovering that ocean currents are a major controlling factor of global climate and weather.

Ocean surface currents were noted by early Norse sailors as soon as they sailed the open Atlantic. Columbus and Ponce de Leon described the Gulf Stream current along the coast of Florida and in the strait between Florida and Cuba. Others noted North Atlantic currents over the next hundred years. However, no one charted these currents, recorded them on maps, or connected the individual sightings into a grand, oceanwide system of massive currents.

In 1769 British officials in Boston wrote to London complaining that the British packets (small navy ships that brought passengers and mail to the colonies) took two weeks longer in their trans-Atlantic crossing than did American merchant ships. Benjamin Franklin, an American representative in London at the time, heard this report and refused to believe it.

Packet ships rode higher in the water, were faster ships, and were better crewed than heavy Rhode Island merchant ships.

Franklin mentioned the report to a Rhode Island merchant captain off-loading cargo in London. This captain said it was absolutely true and happened because Rhode Island whalers had taught American merchant captains about the Gulf Stream, a 3 mph current that spread eastward from New York and New England toward England. American captains knew to curve either north or south on westward trips to avoid fighting this powerful current.

When Franklin checked, the Gulf Stream didn’t appear on any maps, nor did it appear in any of the British Navy shipping manuals. Franklin began interviewing merchant and whaling captains, recording on maps and charts their experience with the Gulf Stream current. Whalers, especially, knew the current well because whales tended to congregate along its edges.

By 1770 Franklin had prepared detailed maps and descriptions of this current. British Navy and merchant captains, however, didn’t believe him and refused to review his information. By 1773 rising tensions between England and the colonies made Franklin withhold his new findings from the British.

The captain also allowed Franklin to take both surface and subsurface (20 and 40 fathoms) temperature readings. Franklin was the first to consider the depth (and thus the volume) of an ocean current.

Franklin discovered that the Gulf Stream poured masses of warm water (heat) from the tropical Caribbean toward northern Europe to warm its climate. He began to study the interaction between wind and current and between ocean currents and weather. Through the brief papers he wrote describing the Gulf Stream data he had collected, Franklin brought science’s attention and interest to ocean currents and their effect on global climate.

Franklin’s description of the Gulf Stream was the most detailed available until German scientist Alexander von Humbolt published his 1814 book about the Gulf Stream based on his measurements from more than 20 crossings. These two sets of studies represent the beginnings of modern oceanographic study.

The Gulf Stream is bigger than the combined flow of the Mississippi, the Nile, the Congo, the Amazon, the Volga, the Yangtze, and virtually every other major river in the world.