What Causes the Ocean Tides and Why Are There Two High Tides Every Day?

Whenever someone pompously proclaims that the ocean’s tides are caused by the moon, everybody mutters, “Uh, okay,” and goes away just as puzzled as before.

“It’s the moon” is a cop-out, because a real explanation requires a lot more than that. Ocean tides are the net result of several forces produced by motions of the moon, the sun and Earth itself, all interacting in a complex way, but all very thoroughly understood by oceanographers and geologists.

Come with me, and we’ll sort it all out. Well, most of it, anyway. 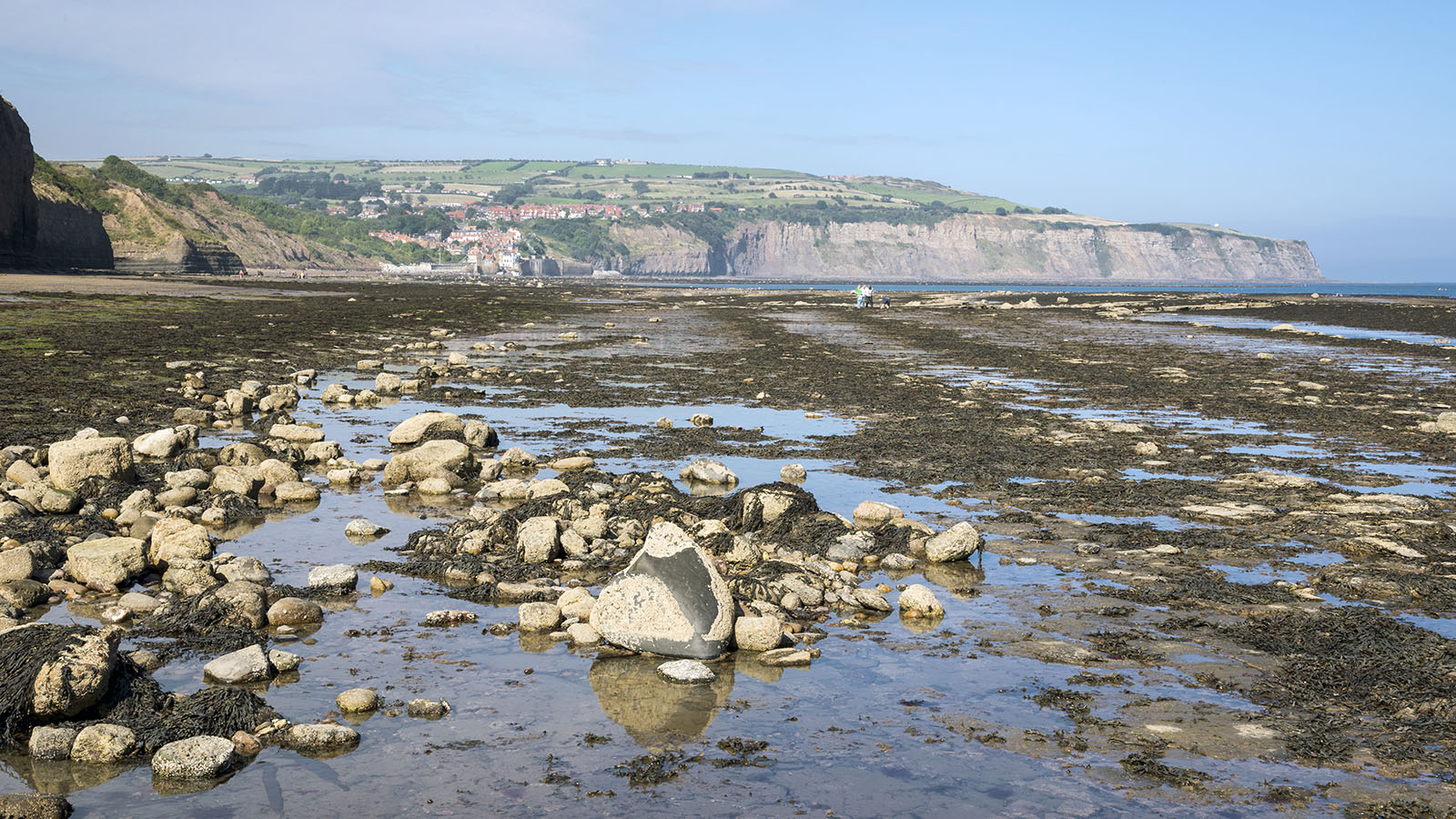 Picture Earth and the moon as two balls, with the smaller moon-ball circling the Earth-ball more or less around the equator. But stop the motions of Earth and moon for a moment while the moon is to the right of Earth. Got the picture? Earth left, moon right.

The moon’s gravitational force is trying to pull the center of Earth toward its own center, toward the right. (Why the centers?). Let’s call this attraction the “center-to-center pull.”

But on Earth’s right-side oceans, the pull is slightly stronger than the center-to-center pull, because the right-side oceans are closer to the moon than Earth’s center, and gravitational force is stronger at closer distances. This slightly stronger pull raises the oceans with respect to the rest of the planet, making them bulge outward, and we have a high tide on the side of Earth facing the moon.

Meanwhile, on the side of Earth opposite the moon (the left side), the oceans are slightly farther from the moon than Earth’s center, and they therefore feel a slightly smaller rightward pull than the center-to-center pull. The stronger center-to-center pull pulls Earth slightly away from the leftside oceans, and the oceans are left bulging out with respect to the rest of the planet. That makes a second high tide on the opposite side of the world from the moon.

Thus, there are always two bulges of ocean water on opposite sides of Earth, on the side facing wherever the moon happens to be at the moment, and on the directly opposite side.

Now let’s permit Earth to rotate. As it spins merrily beneath the two bulge-making forces, each location on Earth passes through a high-tide situation twice in its twenty-four-hour rotation, giving each location two high tides per day. And in between the high tides, what else? Two low tides.

After all, the high-tide water has to come from someplace.

And by the way, if you’re not too selective about whom you listen to, you may have heard someone say something like this: “Humans are more than half water, and since the moon acts on water to make tides, the phases of the moon affect human behavior.”

Well now, look here. The oceans of the world weigh 1.5 billion billion tons and are moved only a few yards (meters) by the moon’s gravity. A human body might contain a few hundredths of a single ton of water. Gravitational forces are proportional to mass; figure it out. Anyone who believes that the moon’s gravity can affect human behavior must have water on the brain.

Why? Because the bulges are caused by the moon’s attraction, and they move along with the moon in its travels around Earth. While Earth makes its full eastward rotation in a period of twenty-four hours, the moon is also moving eastward, so it gets slightly ahead of any given location on Earth. Earth then has to rotate an extra fifty minutes in order for that location to catch up with the moon, that is, to catch up with the next high-tide bulge.

Another important nit to pick: The tides aren’t caused only by the moon. There’s another big thing out there with an awful lot of gravity, the sun. It’s 27 million times more massive than the moon, but it’s 397 times farther away. The way gravitation works, distance reduces the force a lot more powerfully than mass increases it. (Techspeak: The force of gravity increases in direct proportion to the mass, but it decreases in proportion to the square of the distance.)

It works out that the sun’s gravitation affects the tides about 46 percent as strongly as the moon’s does. Tracing the subtle effects of that 46 percent on the tides would be a lot more work than either you or I care to do. Ignoring the sun’s effects still gives us a pretty good understanding of the tides.