What do Camels Eat and How Much Food does a Camel Eat in a Day?

If food is hard to find, a camel will eat anything, bone, meat, leather, and even garbage. 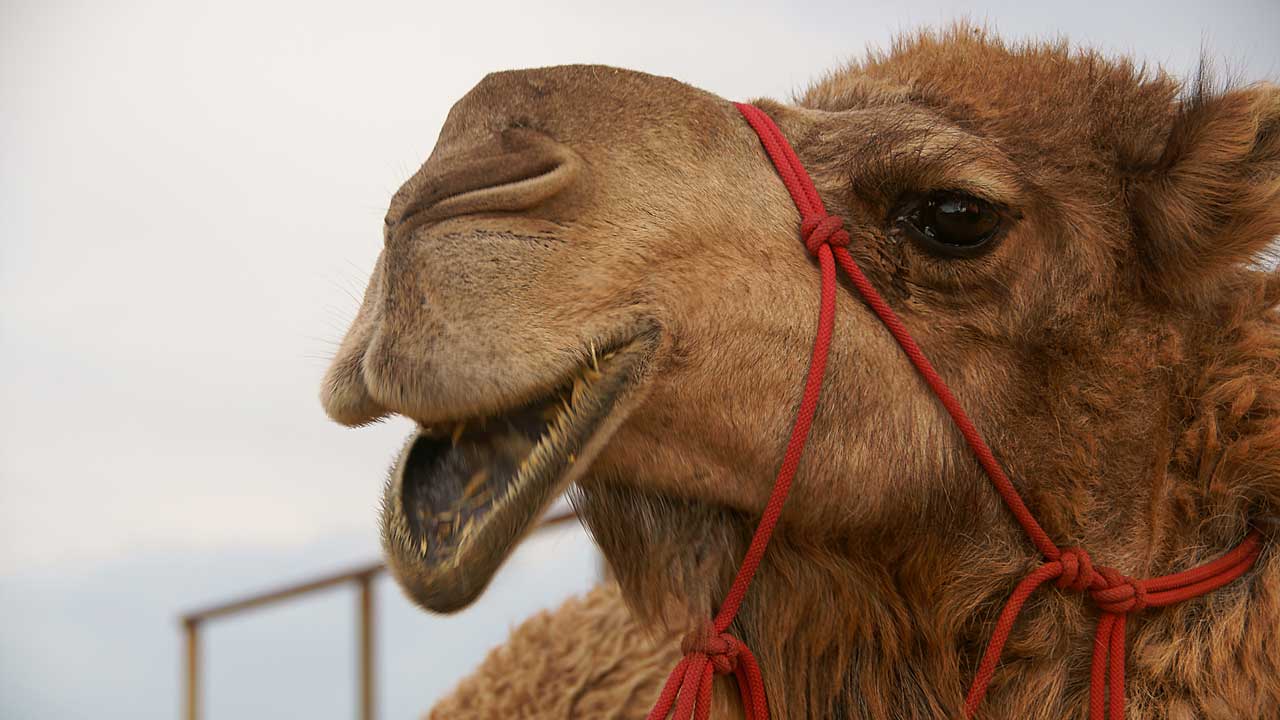 Camels usually eat grass, various plants, hay and dry grains, and can eat up to 9 pounds per day. 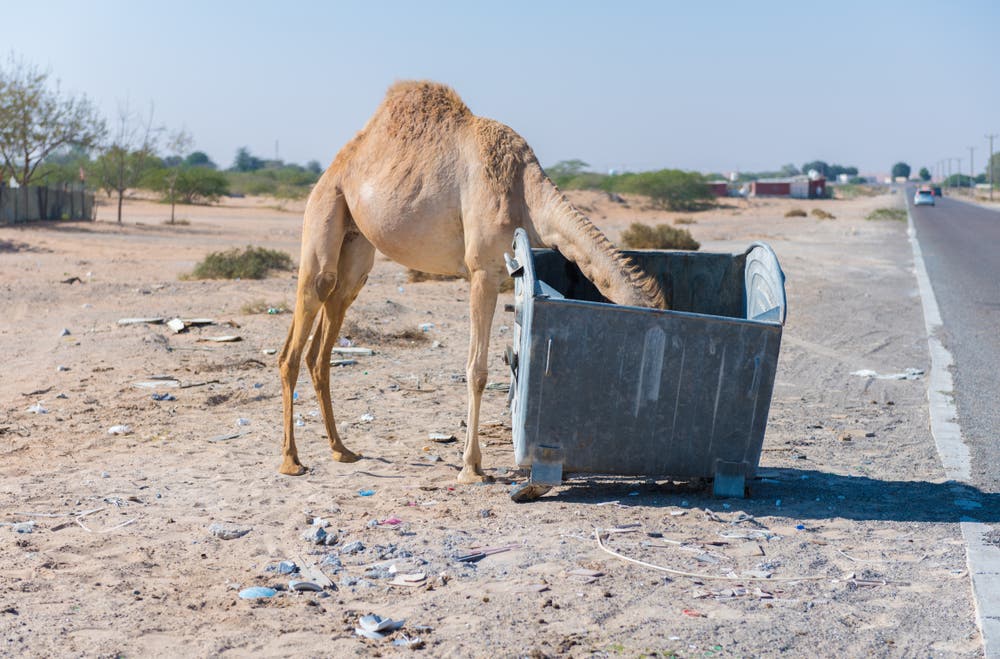 Camels seem to always be chewing something don’t they.

Camels do ruminate, or chew their cud, but they are, confusingly enough, not considered true ruminants.

They have only three separate stomach chambers, which, in part, keeps them from being classified with other ruminants, which have four chambers.

The stomachs, though, function in a similar way, receiving unchewed food as filler and, after letting it sit in their stomachs for a while, burping it back up to be chewed and re-digested.

Camels eating green herbage can ingest sufficient moisture in milder conditions to maintain their bodies’ hydrated state without the need for drinking.

It’s like two meals for the price of one.

How do Veterinarians Perform an Operation on a Camel if the Camel Can’t Lie on its Back?

In the Dubai Camel Hospital at least, veterinarians perform operations on a camel on a slab with a hole in the center.

The operating slab is tilted and turned so that it fits down over an upright camel.

The hump goes through the hole in the center of the table.

While the camel is knocked out, the table mechanically moves back around into a flat position, allowing the camel to do what it can’t normally do in nature.

Lie on its back with all four legs in the air.