Meteors in a meteor shower seem to radiate from a single point in the sky, like water gushing from a shower head as you look straight up at it.

Meteor showers got their name because the meteors are observed to radiate from one point in the night sky.

The particles of debris streak across the sky as they fall from that central point, called the radiant. 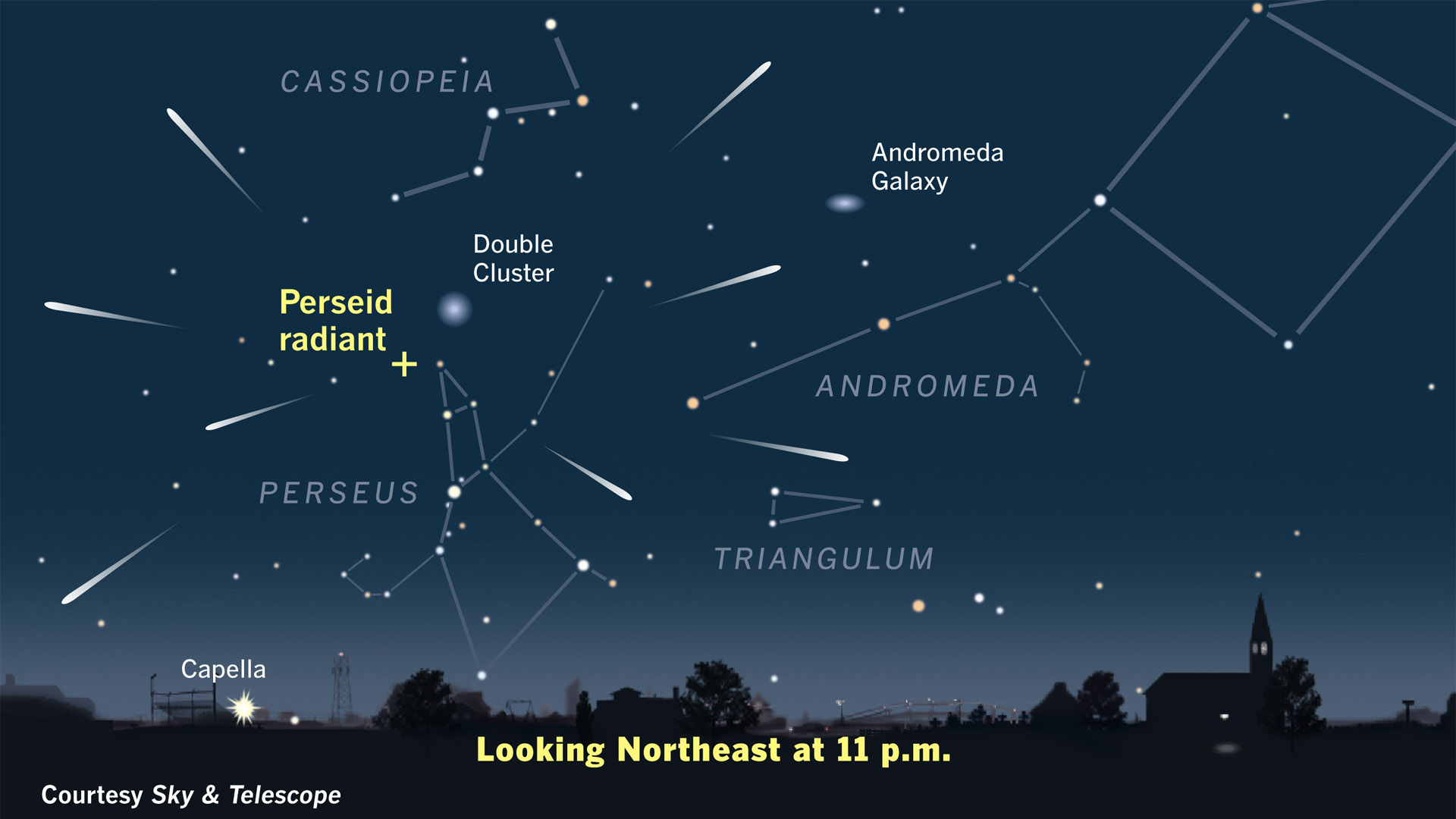 Meteors actually travel parallel to each other.

They give the illusion of corning outward from a central point in the sky the same way that railroad tracks appear to come from a single spot on the horizon.

It’s all about the perspective.