What Does a Giraffe Eat in the Wild and How Long is a Giraffe’s Tongue?

Giraffes are herbivores and love to browse and eat the twigs of Acacia trees, and they also eat grass and fruit. 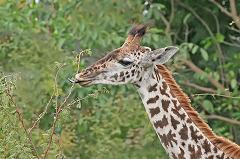 The giraffe has developed a specially-adapted tough tongue and lips due to their diet, which may occasionally include tree thorns. 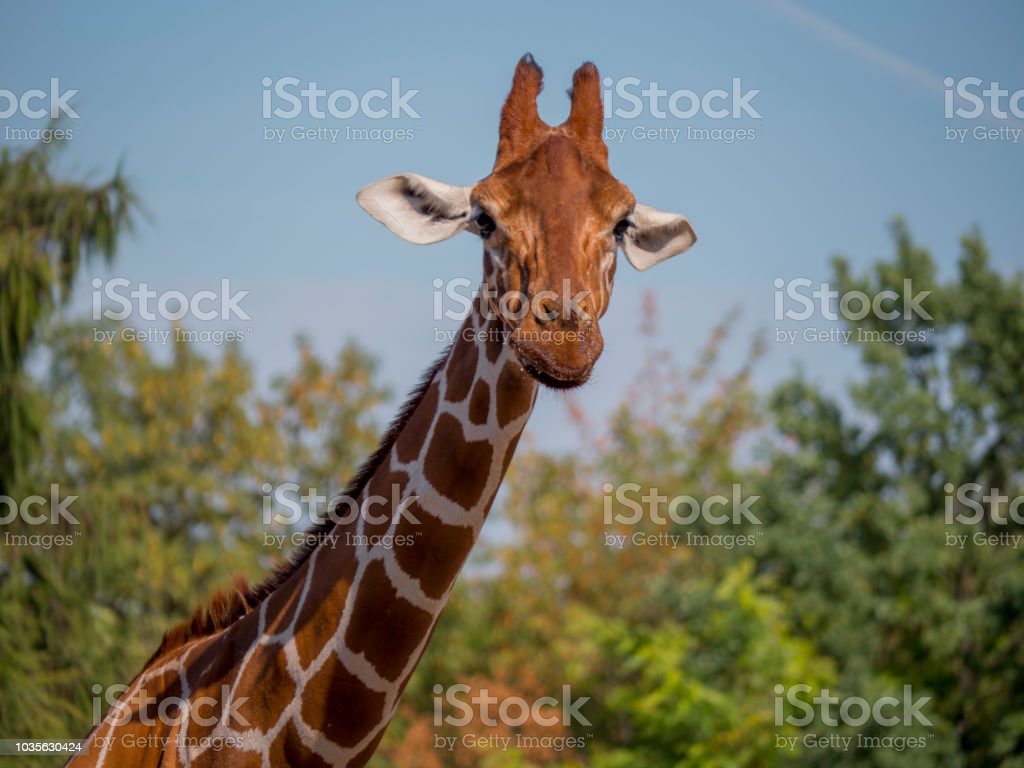 As a ruminant, the giraffe first chews its food, then swallows for processing and then regurgitates the semi-digested cud up their necks and back into the mouth, in order to chew again, and repeats this process several times for each mouthful.

The giraffe requires less food than most other grazing animals because the plants it eats is high in nutrition and it has a more efficient digestive system.

During the wet season, food is abundant and giraffes roam freely, but during the dry season they seek evergreen trees and bushes, and can survive without water for long periods.

On average, a giraffe’s tongue is just under two feet long, and it is used to clean off any bugs that appear on its face.

With a Tongue like that, some giraffes would make a cunning linguist.