What does the phrase “neat but not gaudy” mean and Where does it come from?

A friend, just returned from a trip to Spain, said to me, “Know what I saw in Barcelona, Charles? The mansion from which we got the word gaudy! Put up by a grandee named Gaudi.”

I said, “Well, it must be pretty old, then.” “No,” said he, “just recently finished.” He was quite taken aback to learn that the word had been in our language at least four hundred years.

But the present expression is not that old. Probably Charles Lamb started it. In one of his letters, written in 1806, he mentioned “A little thin flowery border round, , neat, not gaudy.” 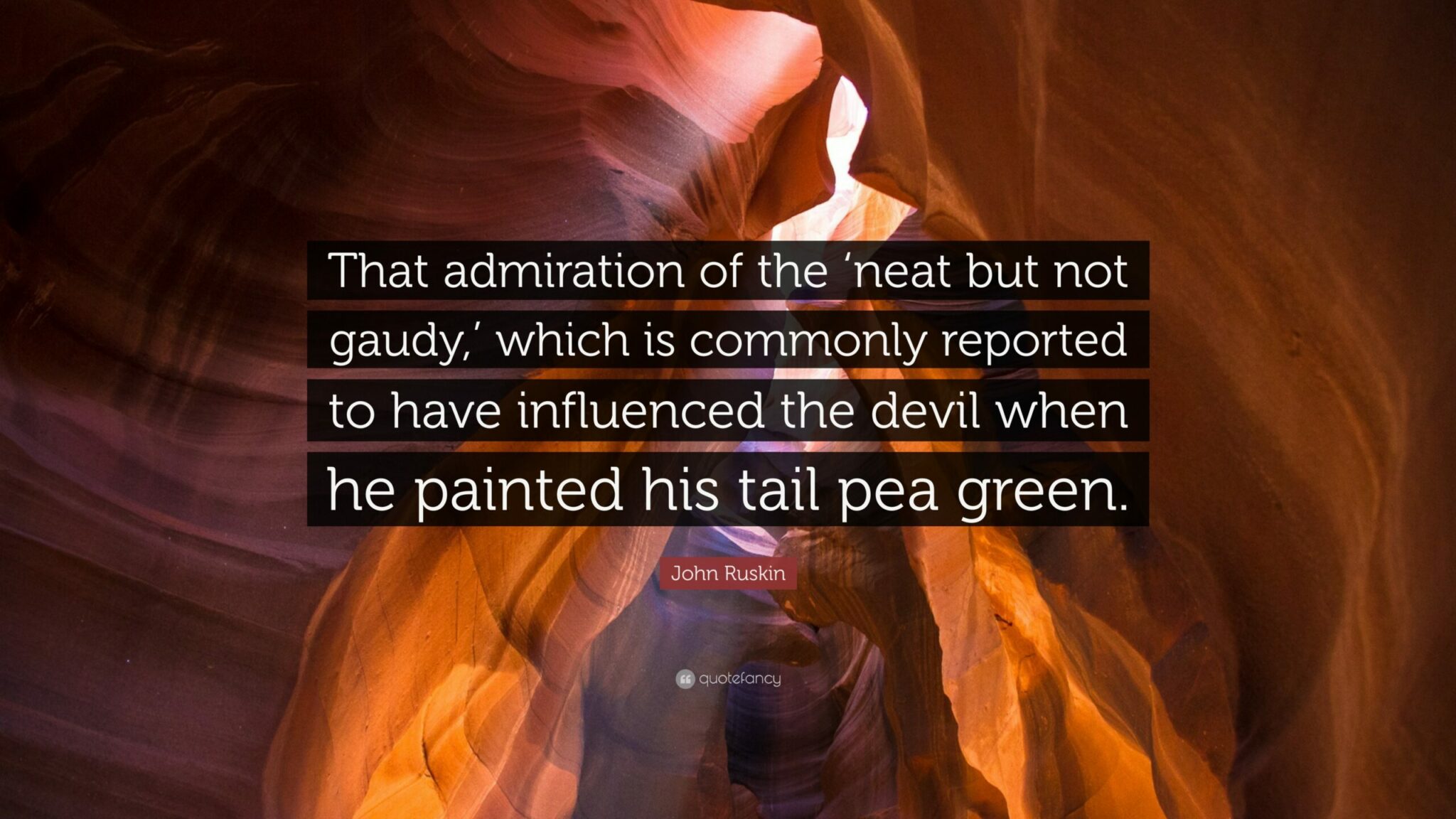 Several years later, whether from Lamb’s phrase or not, the more popular expression, still in use in one form or another, came into circulation.

It first appeared in print in an article written for the staid Magazine of Architecture, November 1838, by the nineteen-year-old John Ruskin, later noted as an art critic. He wrote: “That admiration of the ‘neat but not gaudy,’ which is commonly reported to have influenced the devil when he painted his tail pea green.”

My own usage, from first hearing some fifty years ago, has always been, “Neat but not gaudy, as the devil said when he painted his tail sky-blue.”

More decorous speakers substitute “monkey.” And the tail may be painted in any color of the rainbow.