What Is a Celestial Globe, Who Invented the Armillary Sphere, and What Does Armillary Mean In Latin?

Just as we use a terrestrial globe to show geography on Earth, we can use a celestial globe to locate stars in space.

All the visible stars are on the surface of the globe.

When you are looking at a celestial globe, you need to imagine yourself inside the globe looking out. 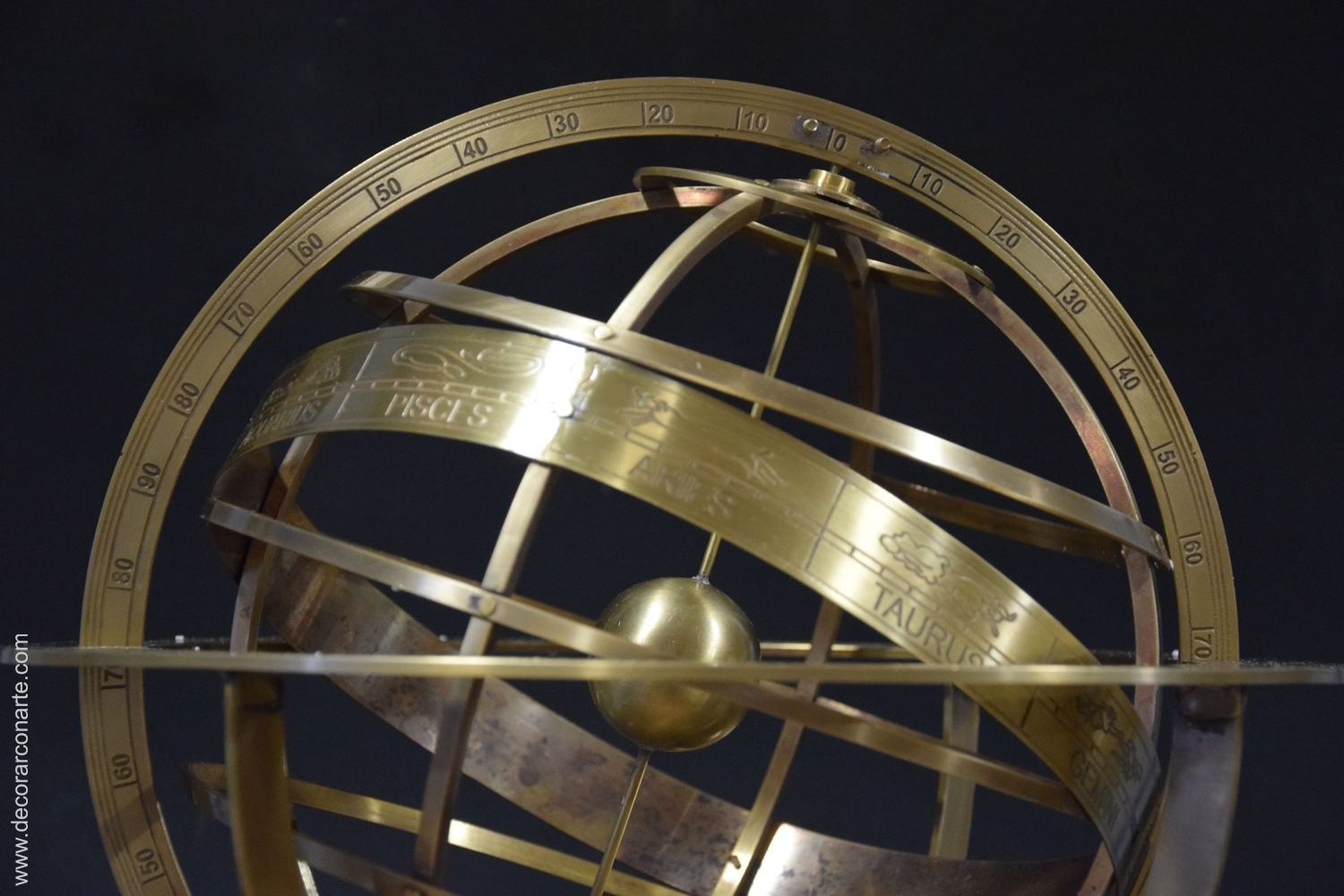 Since stars “move” from east to west across the sky when you spend time looking at them, the globe represents the celestial sphere at a specific point in time, as if someone took a snapshot of it, called an epoch.

It is believed that Greek astronomer Eratosthenes was the inventor of the celestial sphere, also known as an armillary sphere.

The name armillary sphere comes from the Latin word “armilla”, which means “circle”, or bracelet.

Armillary spheres, or celestial globes, were used by the Greeks as teaching tools as early as the 3rd century B.C.