What Is a Comet Made of, Why Do Comets Have Irregular Shapes, and What Does the Word Comet Mean In Latin?

A comet is often described as a dirty snowball.

A comet’s nucleus, or solid core is, in fact, made of 50 percent dust and gases, and 50 percent ice.

The dust is made up of rock and metal; the ice is actually frozen gas. 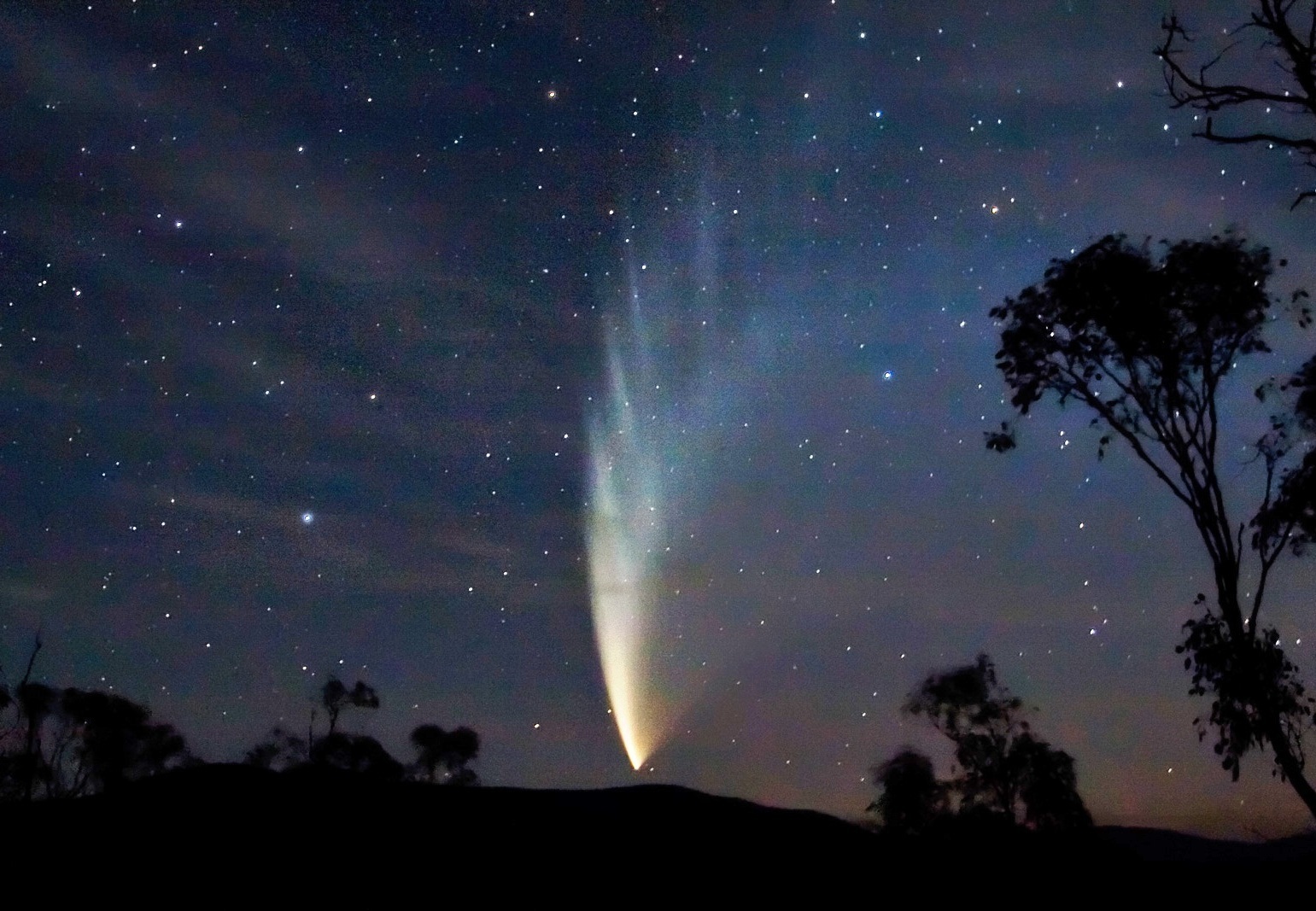 Both are believed to be left over from when the solar system formed some 4.6 billion years ago.

Comet nuclei do not become spherical under their own gravity because of their low mass, and therefore have irregular shapes.

The word comet comes from the Latin word “cometes”, which came from the Greek word “κόμη”, which means “hair of the head”.

The Greek scientist Aristotle first describe what he saw as “stars with hair.”

The astronomical symbol for comets is “☄”, which is a small disc with three hairlike extensions.