The word “telescope” generally refers to an optical telescope. 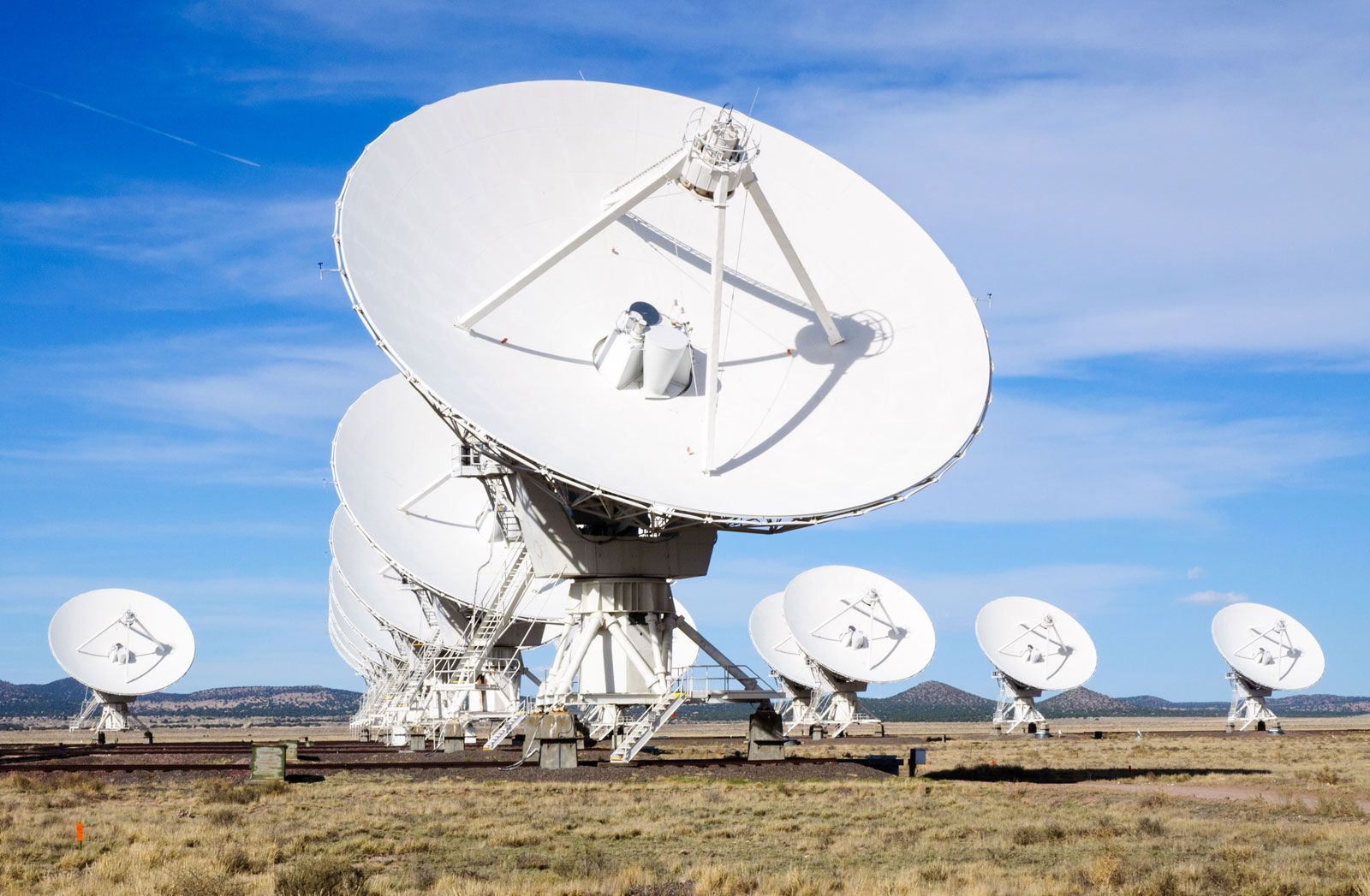 Radio telescopes operate in the radio frequency portion of the electromagnetic spectrum where they can detect and collect data on objects in the universe.

This is possible because many astronomical objects are not only observable in visible light but also emit radiation at radio wavelengths.

Radio telescopes are able to detect most astronomical objects such as galaxies, nebulae, as well as radio emissions from planets, but they are more commonly used to image objects such as pulsars and quasars.

A radio interferometer is a series of linked radio dishes.