What Is A Solar Flare?

A solar flare is a large explosion in the Sun’s surface that can release intense amounts of radiation. The radiation emitted by solar flares can affect the Earth’s ionosphere and disrupt radio communications on earth.

Solar winds are the steady flow of electrically charged particles sent out by the sun. Did you know that there are storms on the sun? Astronomers see these storms with their telescopes, and what they see are super bright white spots called flares.

When the sun is quiet and has no flares, these particles travel toward the earth at a rate of 300 miles per second. When the sun breaks out in flares, the solar wind particles rush to earth at double their normal speed. They block out radio transmission, mix up the earth’s magnetic field, and make instruments such as magnetic compasses go crazy. 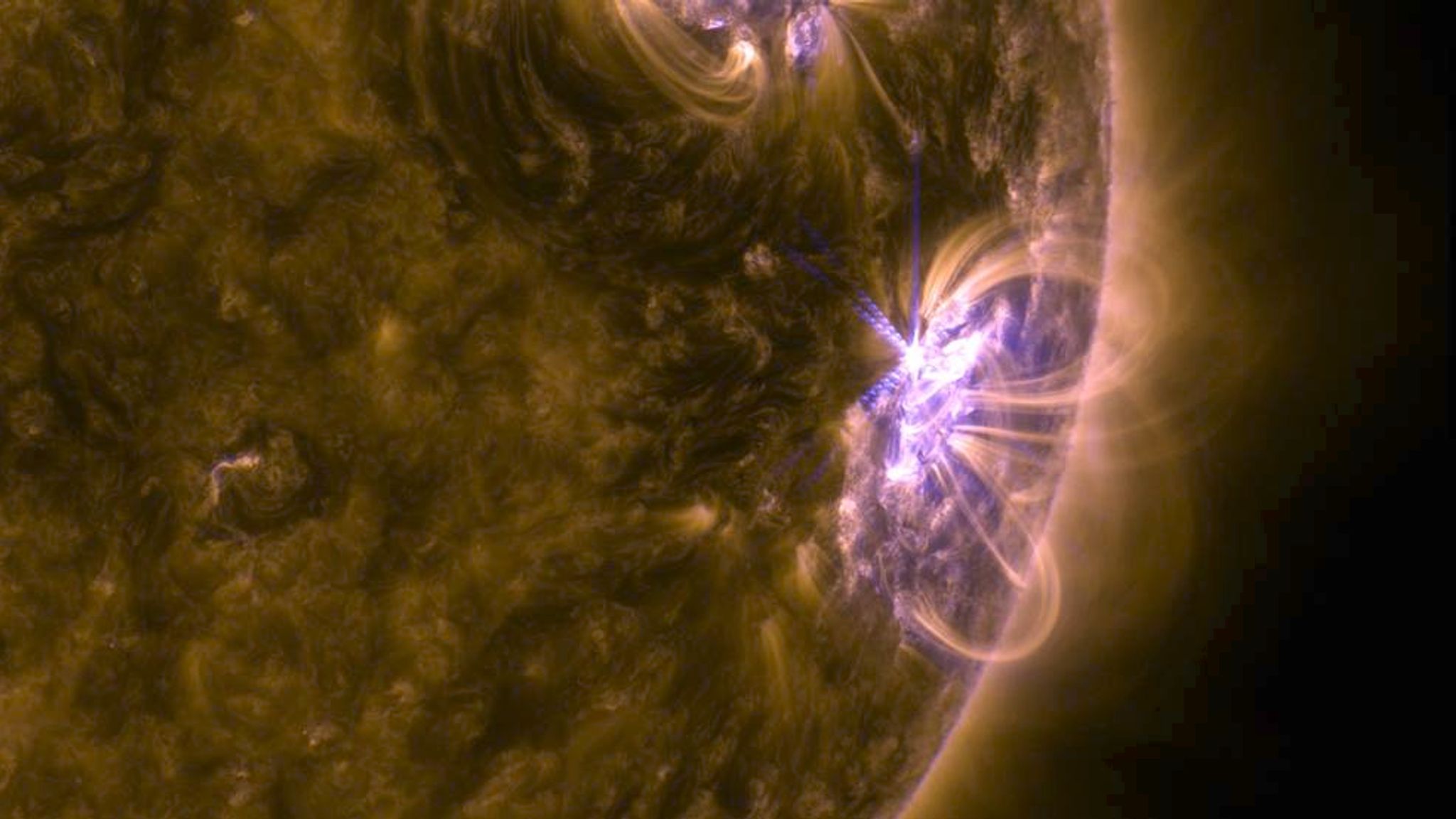 As a result of the solar wind, the sun loses millions of tons of weight every second. When there is solar flare activity, the loss is many times that.