Butter is clarified to get rid of everything but the pure saturated fat. Some people think of butter as a block of fat surrounded by guilt.

But guilt or no guilt, it isn’t all fat. It’s a three-part, solidified emulsion, a stable mixture of oily and watery components, with some solids mixed in.

When you clarify butter, you’re separating off the fat and throwing away everything else. Your objective is to be able to fry at a higher temperature than usual without any burning and smoking, because the watery stuff holds the temperature down and the solids do indeed tend to burn and smoke. 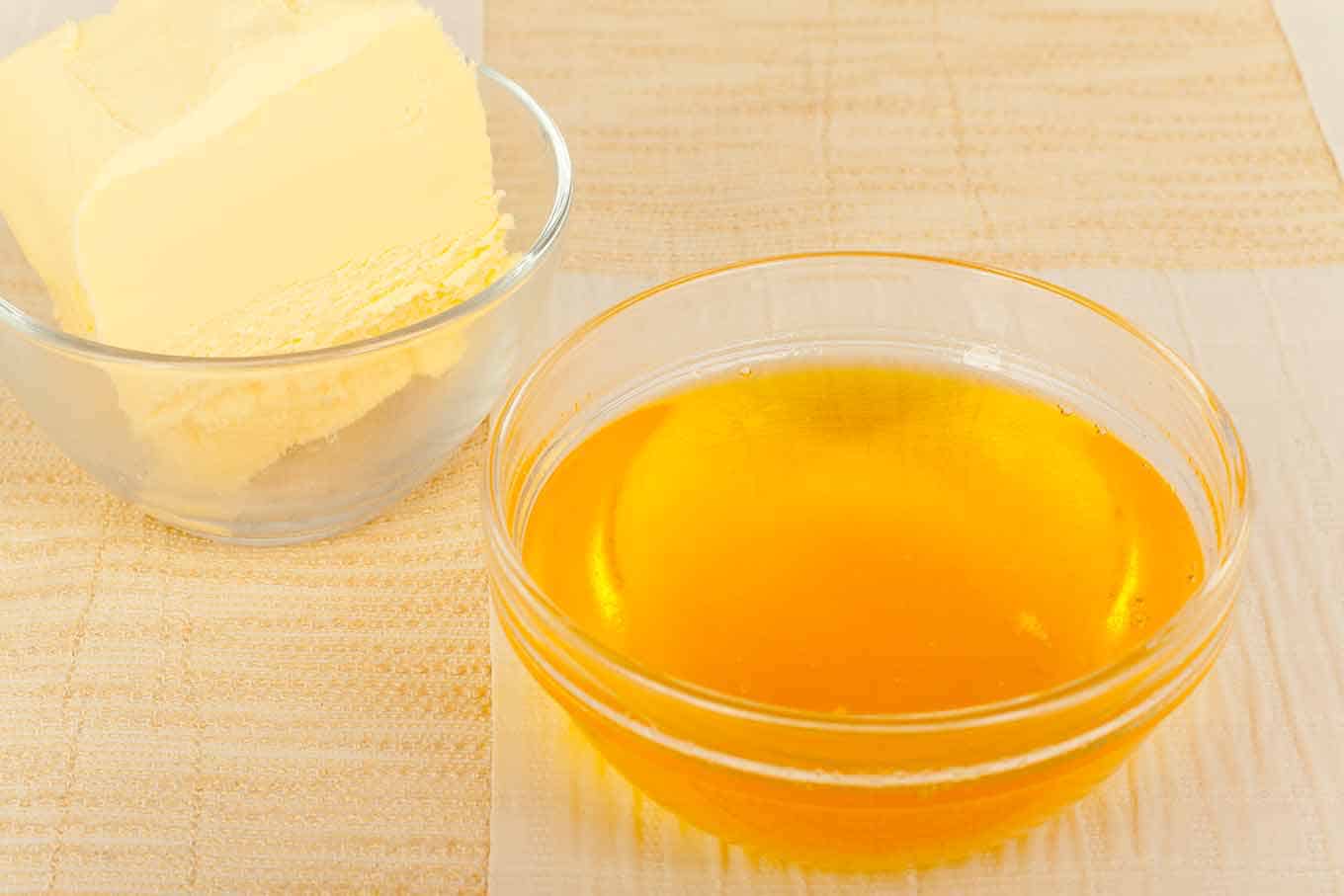 When heated in a frying pan, whole butter will start to smoke at around 250 degrees Fahrenheit (121 degrees Celsius), and the solid proteins in it will begin to char and turn brown.

One way to minimize these happenings is to “protect” the butter in the pan with a little cooking oil that has a higher smoking temperature. Better yet, you can use clarified butter. The butter oil itself won’t smoke until about 350 degrees Fahrenheit (177 degrees Celsius), and there will be no solids to scorch. The only problem is that a lot of the buttery flavor is in the casein and other protein solids that you throw away.

To clarify butter, all you have to do is melt it very slowly over the lowest possible heat. (Remember, it scorches easily.) The oil, the water and the solids will separate into three layers: a froth of casein on the top, the oil in the middle, and a watery sediment of milk solids (whey) on the bottom. Just skim off the froth and decant the oil into another container. If it bothers you to throw away the flavorful casein froth, save it and use it to flavor vegetables.

Another reason to clarify butter is that bacteria can work away at casein and whey, but not at pure oil, so clarified butter will keep much longer than whole butter will. In India, they keep their ghee, which is thoroughly clarified butter, for long periods of time without refrigeration. Eventually, though, it’ll turn rancid because air oxidizes the unsaturated fats in it. But rancidity is only a sour flavor, not bacterial contamination.

Tibetans prefer their clarified yak butter to be rancid.

And the “drawn butter” that they serve with lobster and other seafood in restaurants? It’s melted butter, plain and simple. It may be clarified in a way, by slow melting and pouring off the oil, or it may not. And it may even be margarine. Occasionally it may be thickened and seasoned.

Why “drawn”? In a sense, converting butter from a solid into a liquid can be thought of as “drawing it out.” Besides, it looks impressive on the menu.