What Is Clarified Butter Used For?

Clarifying butter gets rid of everything but that delicious, artery-clogging, highly saturated butterfat. But when we use it in sautéing instead of whole butter, we avoid eating the browned proteins, which could also be unhealthful because of possible carcinogens. Name your poison.

Some people think of butter as a block of fat surrounded by guilt. But guilt or no guilt, it isn’t all fat. It’s a three-part mixture of fat, water, and protein solids.

When we clarify butter, we’re separating out the fat and throwing everything else away. Using the pure fat, we can sauté at a higher temperature without any burning or smoking, because the water in whole butter holds the temperature down and the solids do indeed tend to burn and smoke. 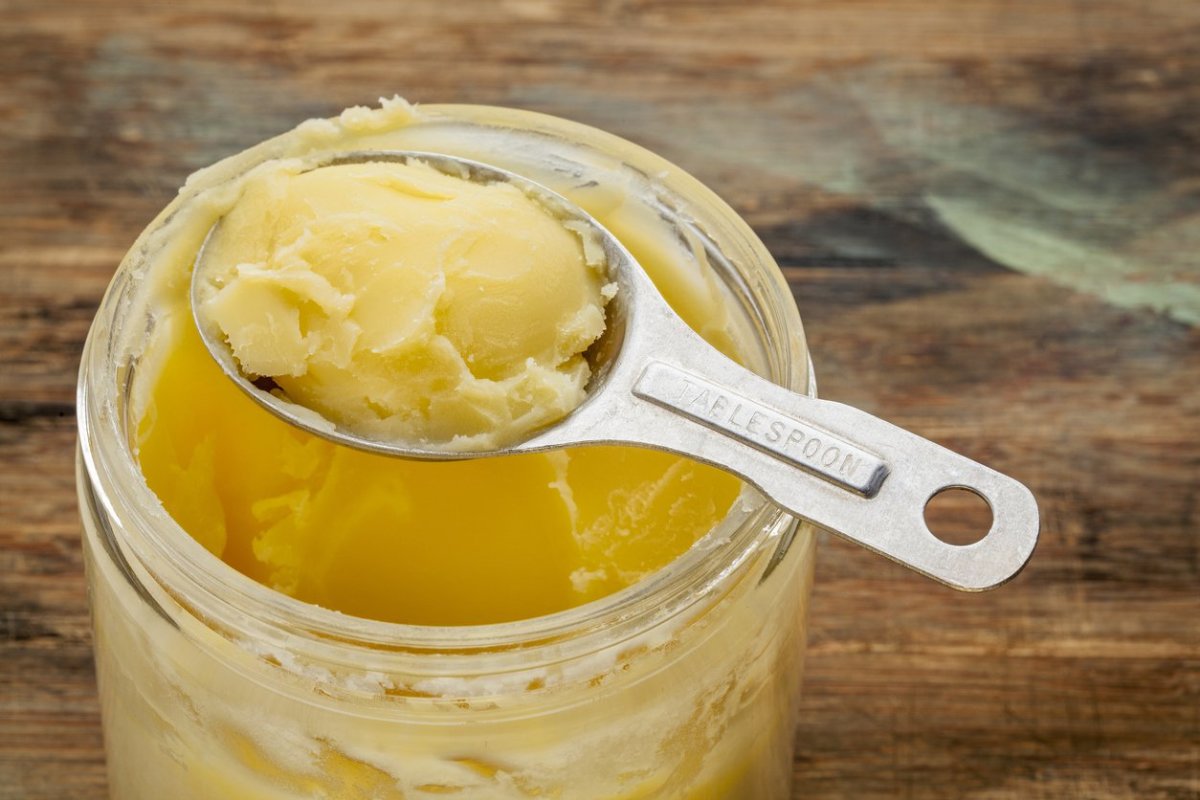 When heated in a frying pan, the solid proteins in whole butter begin to turn brown and smoke at around 250ºF. One way to minimize these goings-on is to “protect” the butter in the pan with a little cooking oil, which might have a smoking temperature of around 425ºF. But you’ll still get a little browning of the proteins in the butter.

Or, you can use clarified butter. It’s the pure oil without the proteins, and it won’t set off your smoke alarm until about 350ºF.

Clarified butter will keep much longer than whole butter will, because bacteria can work away at protein, but not at pure oil. In India, where refrigeration can be scarce, they make clarified butter (usli ghee) by melting it slowly and then continuing to boil off the water, whereupon its proteins and sugars become slightly burned, producing a pleasant, nutty flavor.

Eventually, clarified butter will turn rancid. But rancidity is only a sour flavor, not bacterial contamination. Tibetans, in fact, prefer their clarified yak butter on the rancid side. Chacun à son goût.

To clarify butter, whether salted or unsalted, all you have to do is melt it slowly at the lowest possible temperature, keeping in mind that it scorches easily. The oil, the water, and the solids will separate into three layers: a froth of casein on the top; the clear, yellow oil in the middle; and a watery suspension of milk solids on the bottom. If you’re using salted butter, the salt will be distributed between the top and bottom layers.

Skim off the top froth and pour or ladle off the oil, the clarified butter, into another container, leaving the water and sediment behind. Or use a gravy separator to pour off the watery layer. Better yet, refrigerate the whole mess, after which the top froth can be scraped off the solidified fat, which in turn can be lifted away from the watery layer.

Don’t throw away the casein froth; it contains most of the buttery flavor. Use it to flavor steamed vegetables. It’s superb on popcorn, especially if you’ve used salted butter.

I clarify a couple of pounds at a time and pour the clarified butter into plastic ice cube trays, making approximately two-tablespoon portions. After they’re frozen, I remove the “butter cubes,” place them in a plastic bag in the freezer and take out what I need when I need it.

One cup (two sticks) of whole butter will yield about three-quarters of a cup when clarified. You can use clarified butter measure for measure with whole butter in recipes.

And by the way, the watery layer contains all the milk sugar or lactose. People who can’t eat butter because they are lactose intolerant can still cook with clarified butter. That may be one of the major reasons for clarifying it.