What Is the Best Way To Keep Soda Pop From Going Flat?

If you can’t finish the whole bottle and you want to keep the leftovers gassy and sassy until the next pizza, just stopper it tightly and keep it cold. You knew that. But why?

The objective is to keep all of the remaining carbon dioxide in the bottle, because it’s the carbon dioxide, bursting its tiny bubbles on our tongues, that gives us that nice tingly sensation.

Also, carbon dioxide dissolved in water makes a sour acid: carbonic acid, which provides tartness. A tight stopper, obviously, keeps the gas from escaping. But the necessity of keeping the soda cold may not be so obvious. 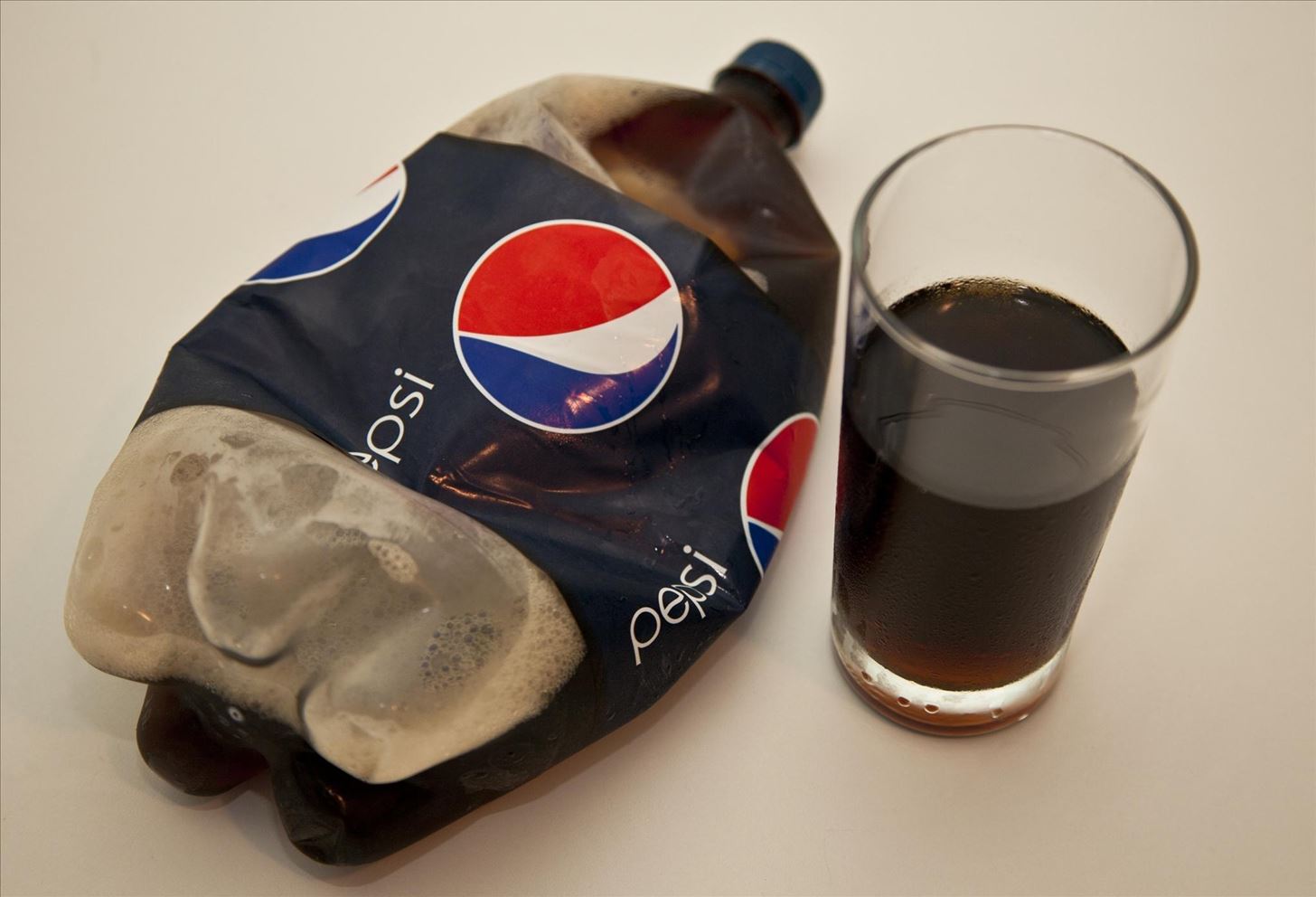 For reasons that are better covered in Chemistry 101 than in Food 101, the colder a liquid is, the more carbon dioxide (or any other gas) it can absorb and hold. Your soda, for example, can hold about twice as much carbon dioxide at refrigerator temperature as at room temperature.

That’s why there’s a big blast of escaping gas when you open a can of warm soda or beer: There’s a lot more gas in there than can stay dissolved in the warm liquid.

Now how about those pump-up fizz retainers that are sold in supermarkets and discount stores? You know, the ones that work like a miniature bicycle pump.

You screw the thing onto your partially depleted two-liter soda bottle, pump the piston a few times, and put it away in the fridge. The next time you open the bottle, you’re treated to the biggest, most satisfying whoosh! you ever heard, and you’re supposed to think, Hallelujah! My soda is born again!

But guess what? There isn’t one bit more carbon dioxide in there than if you had simply screwed the cap on tight. What you’ve pumped into the bottle is air, not carbon dioxide, and air molecules are totally irrelevant to the behavior of carbon dioxide molecules. (Techspeak: It is solely the partial pressure of CO2 that determines its solubility.)

That pump-up gizmo is nothing but a fancy stopper. Save your money.