When it swims with jet-propelled speed by clapping its shell open and shut, it is called a scallop. 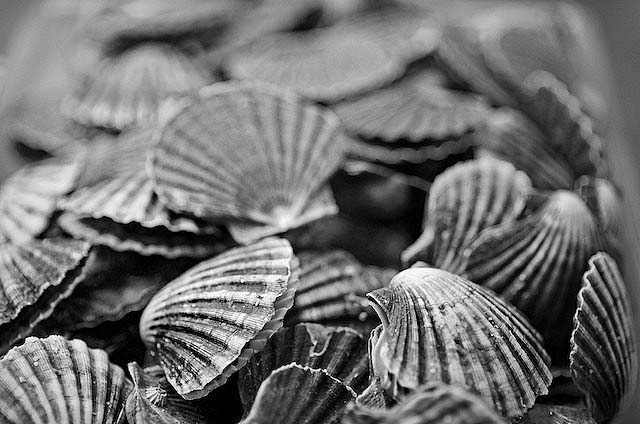 Other types of clams swim only at very early stages of their lives. Scallop shells are beautiful. The Shell Oil Company uses a scallop shell as its symbol.

Most scallops are only two to three inches across. They are called common scallops, and are found in great numbers from the Carolina coast, up the Atlantic to Cape Cod in Massachusetts.

Many people enjoy eating the thick, juicy muscle that makes them swim so fast. The largest scallop in the Atlantic is the deep-sea scallop, and it
provides a very unusual gift for those who like to seafood.

Its big shell, five or six inches across, is often used as a baking dish in the kitchen. People fill the shell with seafood and pop it in the oven.