What is the Difference between Alligators and Crocodiles and where do they come from?

Here’s the thing. If you’ve encountered any crocodilian in Florida, chances are it’s an American alligator.

While American crocodiles do live in the salty, brackish waters of the southernmost tip of Florida, they are extremely secretive and almost never spotted in the wild.

In contrast, alligators live in fresh water along riverbanks and in swamps, and aren’t as elusive as rowers and campers might hope. 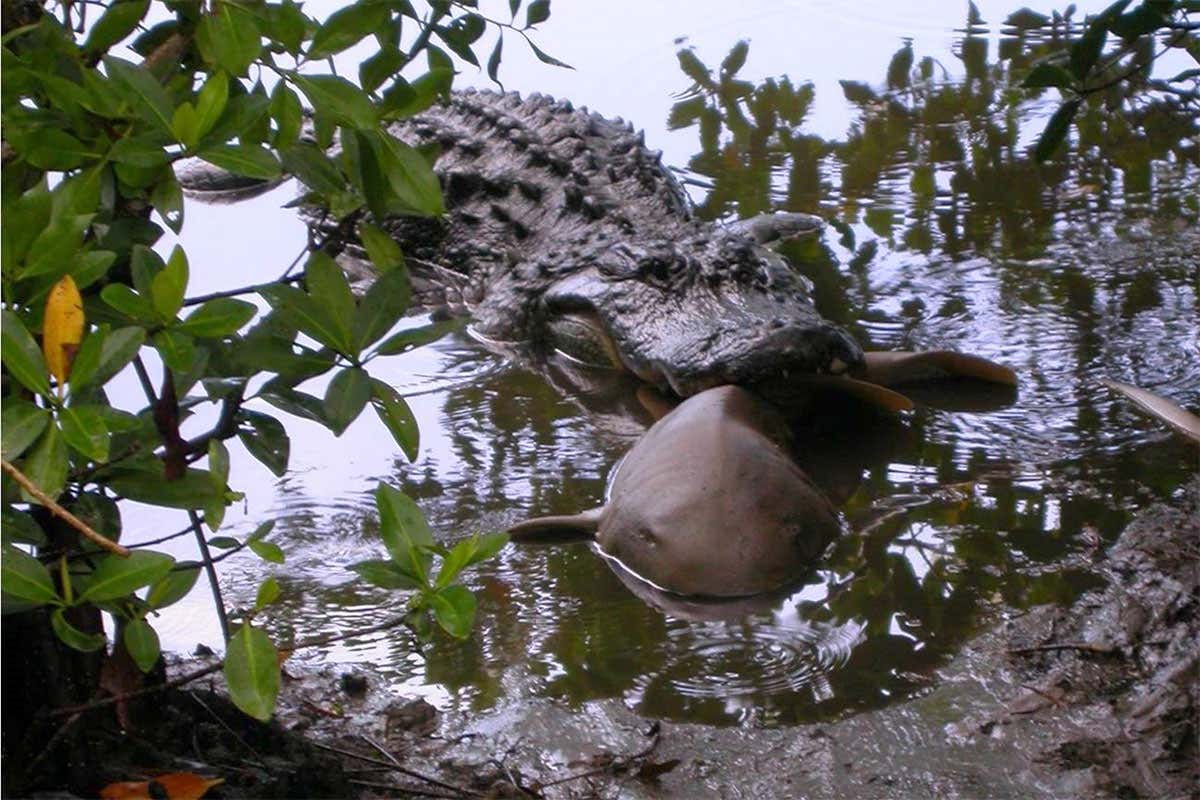 Physically, alligators have a broad, square snout. Crocodiles have a narrow snout and are more grayish green than their darker alligator cousins.

Their most easily distinguished characteristic, however, is their teeth. Alligators have a pocket in their upper jaw that houses the bottom teeth when the jaw is shut.

But crocodiles lack this space, and their teeth protrude from the sides of their mouths when shut.