The Egyptian Plover (Pluvianus aegyptius) has long been called the crocodile bird for its symbiotic relationship to this most ferocious of reptiles.

Sitting coolly in the gaping mouth of a basking crocodile, the bird picks leeches, flukes and tsetse flies from the animal’s gums to eat.

In nearly all other circumstances the crocodile is an extremely dangerous creature, singularly responsible for dozens of human lives lost every year in Africa. But it seems to have an instinctive tolerance for the plover. 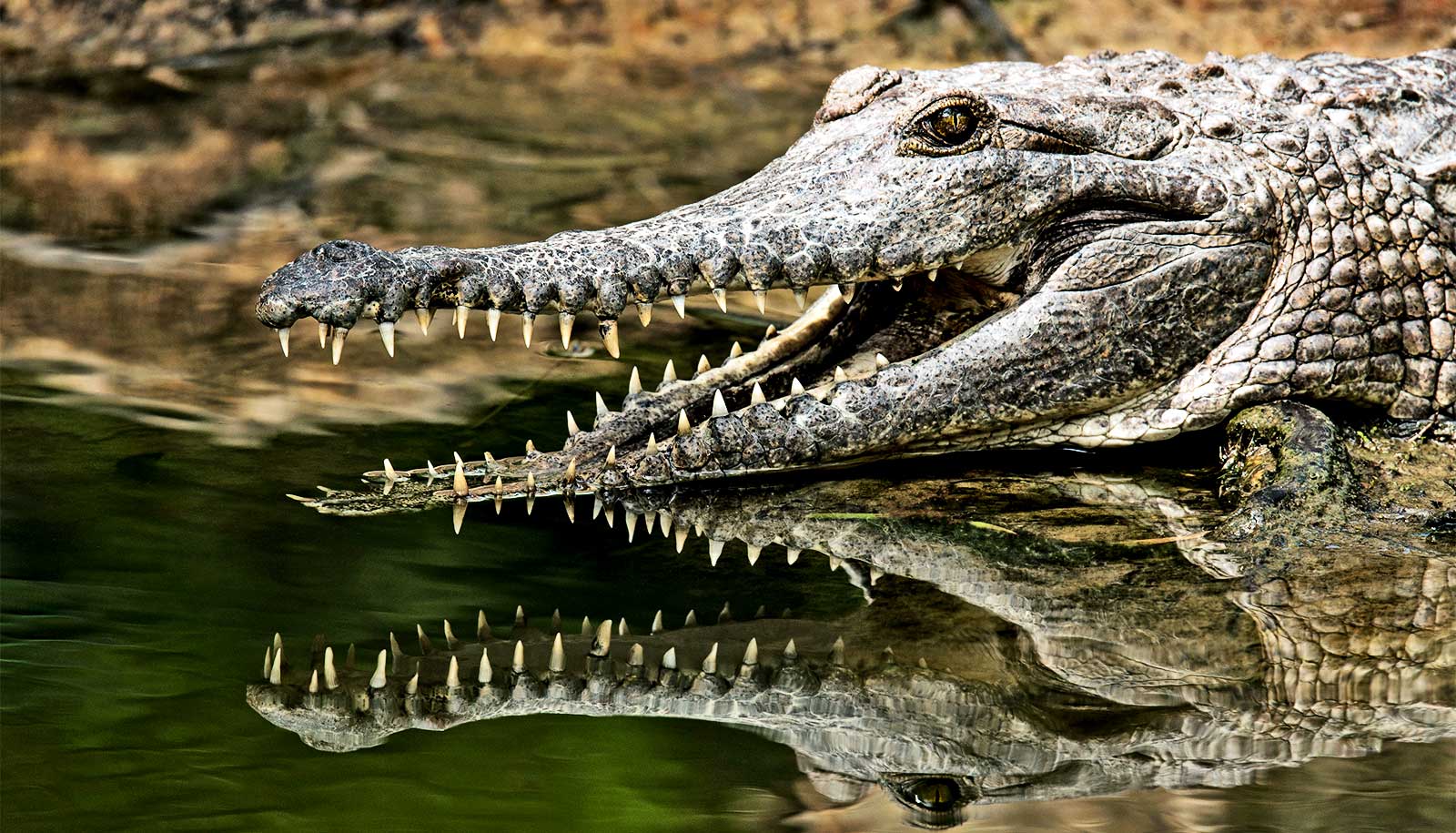 Although the bird is a definite asset to the crocodile, its value as a hygienist is a little overrated. Crocodiles have widely spaced teeth, and rarely chew their prey but just bolt it down, so there isn’t much call for flossing.

Also, the crocodile sheds worn, decayed and broken teeth regularly throughout its fifty to one-hundred-year life and replaces them with fresh ones.

Humans, of course, “shed” their teeth only once.