What is the Difference Between Black Tea and Green Tea and How Many Different Types are there?

All tea comes from the same, one-and-only tea plant, Camellia sinensis, whose leaves certainly were chlorophyll-green on the living plant.

But based upon how the leaves are processed, there are three types of tea: green, which is consumed mostly in the Far East; black, the favorite of the British and other Westerners; and oolong (“black dragon” in Chinese dialect), which is intermediate in flavor between the green and the black.

Beyond this, there are a bewildering number of names for dozens of kinds of tea based on their places of origin, the sizes of their leaves, or added flavorings such as jasmine, bergamot (in Earl Grey), and orange blossoms. 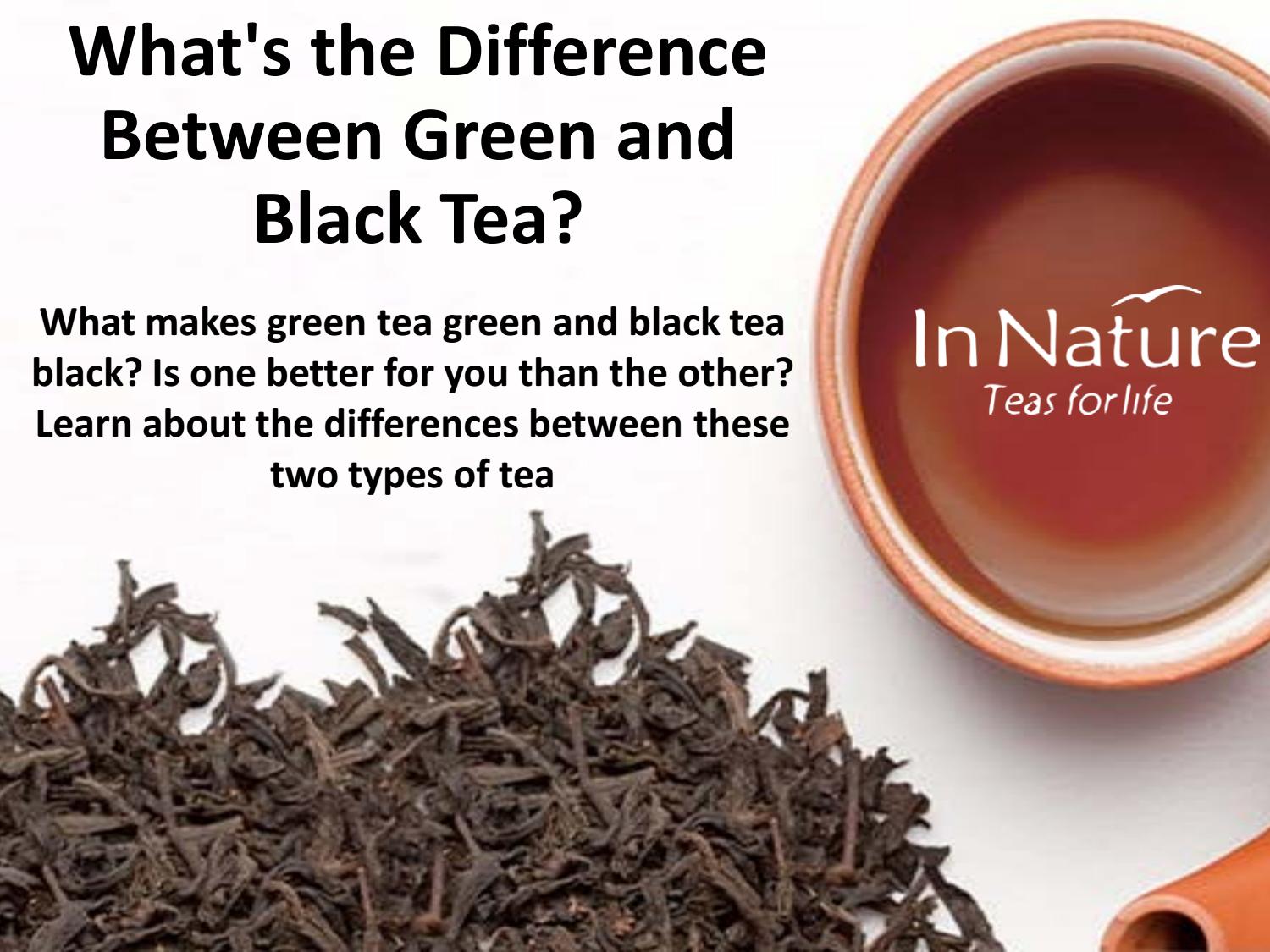 In all cases, the leaves are first plucked from the plant and encouraged to wither and lose moisture, usually by means of hot air or, more traditionally, by being exposed to the sun. After that, the green, black, and oolong teas take different paths.

Leaves destined to be sold as green tea are blasted with steam or roasted on iron pans in order to deactivate enzymes in the plant cells (see “What’s an enzyme?” on p. and prevent the so-called fermentation that black and oolong teas undergo. The leaves for green tea are dried until the moisture content is about 3 percent, and then are crushed or powdered.

In the case of black and oolong teas, the withered leaves are rolled in a large rolling machine that twists them and breaks open their cells, simultaneously exposing the insides to oxygen and releasing an enzyme (polyphenol oxidase) that oxidizes the polyphenal tannins in the leaves. Among the products of the oxidation reactions are orange, red, and yellow compounds called theaflavins and thearubigins, which give the tea briskness and color.

This oxidation process is almost universally but mistakenly referred to as fermentation, but yeasts and bacteria have nothing to do with it; it’s purely a chemical, not a biological, process. The difference between oolong and black tea lies in how long the oxidation process is permitted to continue: a few hours for black tea and only about half as long for oolong. The time and temperature must be strictly controlled to produce a tea of superior flavor. The oxidation process is stopped by deactivating the enabling enzyme with hot air, as in making green tea. That’s why green tea brews a lighter-colored beverage than black tea: fewer theaflavins and thearubigins.

The ultimate flavor properties of a tea will depend not only on how the leaves are processed but on how and where the bush grows, the local climate, the season during which the leaves are picked, and the position of the leaves on the plant.

By the way, if you expect me to expound on the reputed health benefits of drinking green tea, I must disappoint you. All I know is what I read, and my take on what I read is that the outlook is encouraging but that the jury has not yet come to a unanimous verdict. Presumably, any healthful benefits of green tea must have something to do with the fact that its polyphenols have not been oxidized, and polyphenols are antioxidants: they gobble up age and illness-causing free radicals in the body.
I drink it every morning instead of coffee.