What Is the Difference Between Raw Sugar and Refined Sugar?

What health-food stores call raw sugar isn’t raw in the sense that it is completely unrefined. It’s just refined to a lesser degree.

From the dawn of history, honey was virtually the only sweetener known to humans. Sugar cane was grown in India some three thousand years ago, but it didn’t find its way to North Africa and southern Europe until around the eighth century A.D.

Luckily for us, Christopher Columbus’s mother-in-law owned a sugar plantation (I’m not making this up) and, even before he married, he had a job ferrying sugar to Genoa from the cane fields in Madeira. All of which probably gave him the idea of taking some sugar cane to the Caribbean on his second voyage to the New World in 1493. The rest is sweet history. 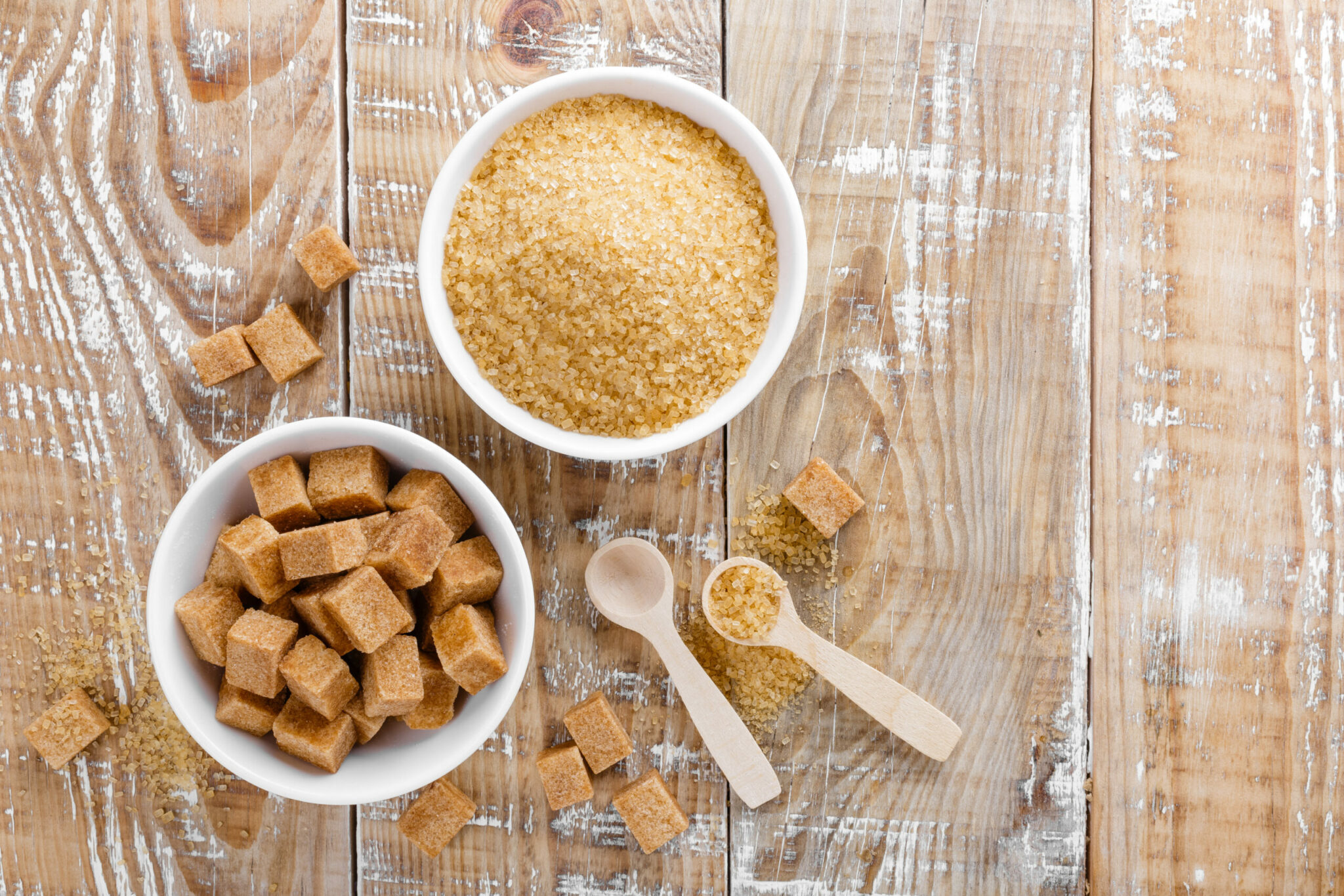 Today, an American eats about forty-five pounds of sugar a year, on the average. Think of it: Empty nine 5-pound bags of sugar onto the kitchen counter and behold your personal quota for the year. Of course, you didn’t get it all from the sugar bowl; sugar is an ingredient in an astounding variety of prepared foods.

The claim is often made that brown sugars and so-called raw sugars are more healthful because they have a higher content of natural materials. It’s true that those materials include a variety of minerals, so does the perfectly natural dirt in the cane field, but they’re nothing you can’t get from dozens of other foods. You’d have to eat a truly unhealthful amount of brown sugar to get your daily mineral requirements that way.

Here’s a quick overview of what goes on at the sugar mill, usually located near the cane fields, and the sugar refinery, which may be located some distance away.

Sugar cane grows in tropical regions as tall, bamboo-like stalks about an inch thick and up to ten feet tall, just right for being chopped down with a machete. At the mill, the cut cane is shredded and pressed by machines. The pressed-out juice is clarified by adding lime and allowing the juice to settle, and then boiled down in a partial vacuum (which lowers its boiling temperature) until it thickens into a syrup, colored brown by concentrated impurities.

As the water evaporates, the sugar becomes so concentrated that the liquid can’t hold it anymore; the sugar turns into solid crystals. The wet crystals are then spun in a centrifuge, a perforated drum similar to the drum in your washing machine that flings water out of your laundry during the spin cycle. The syrupy liquid, the molasses, is flung out, leaving wet, brown sugar containing an assortment of yeasts, molds, bacteria, soil, fiber, and other miscellaneous plant and insect debris. That’s the real “raw sugar.” The U.S. Food and Drug Administration (FDA) declares it to be unfit for human consumption.

The raw sugar is then shipped to a refinery, where it is purified by washing, re-dissolving, boiling to re-crystallize it, and centrifuging twice more, making the sugar progressively purer and leaving behind progressively more concentrated molasses, whose dark color and intense flavor are due to all the non-sugar components, sometimes called the “ash”, in the cane juice.

Health-food stores that claim to be selling “raw” or “unrefined” sugar are usually selling turbinado sugar, which is a light brown sugar made by steam-washing, re-crystallizing, and centrifuging raw sugar for the second time. In my book, that’s refining. A similar pale brown, large grained sugar called demerara sugar is used in Europe as a table sugar. It is made on Mauritius, an island in the Indian Ocean off the coast of Madagascar, from sugar cane grown in rich, volcanic soil.

Jaggery sugar, made in rural India, is a dark brown, turbinado-like sugar made by boiling down the sap of certain palm trees in an open container, so that it boils at a higher temperature than in the partial vacuum of the usual cane sugar refining method. Because of the higher temperature, it develops a strong, fudge-like flavor. The boiling also breaks down some of the sucrose into glucose and fructose, making it sweeter than plain sucrose. Jaggery sugar is often sold pressed into blocks, as are other brown sugars in many parts of the world.

The unique flavor of molasses has been described as earthy, sweet, and almost smoky. The molasses from the first sugar crystallization is light-colored and mildly flavored; it is often used as a table syrup. Molasses from the second crystallization is darker and more robust, usually used in cooking. The last, darkest, and most concentrated molasses, called blackstrap, has a strong, bitter flavor that is an acquired taste.

A cleaned-up piece of raw sugar cane, by the way, can be a real treat. Many people in cane growing areas, especially children, like to chew on sticks of sugar cane. They’re very fibrous, but the juice is, of course, delicious.