What Is the Largest Waterfall In the World and Where Are the Victoria Falls Located In Africa?

The largest waterfall in the world is the Victoria Falls.

The Victoria Falls are on the Zambezi River, which forms the border between Zambia and Zimbabwe in southern Africa.

The falls form the world’s largest sheet of falling water. 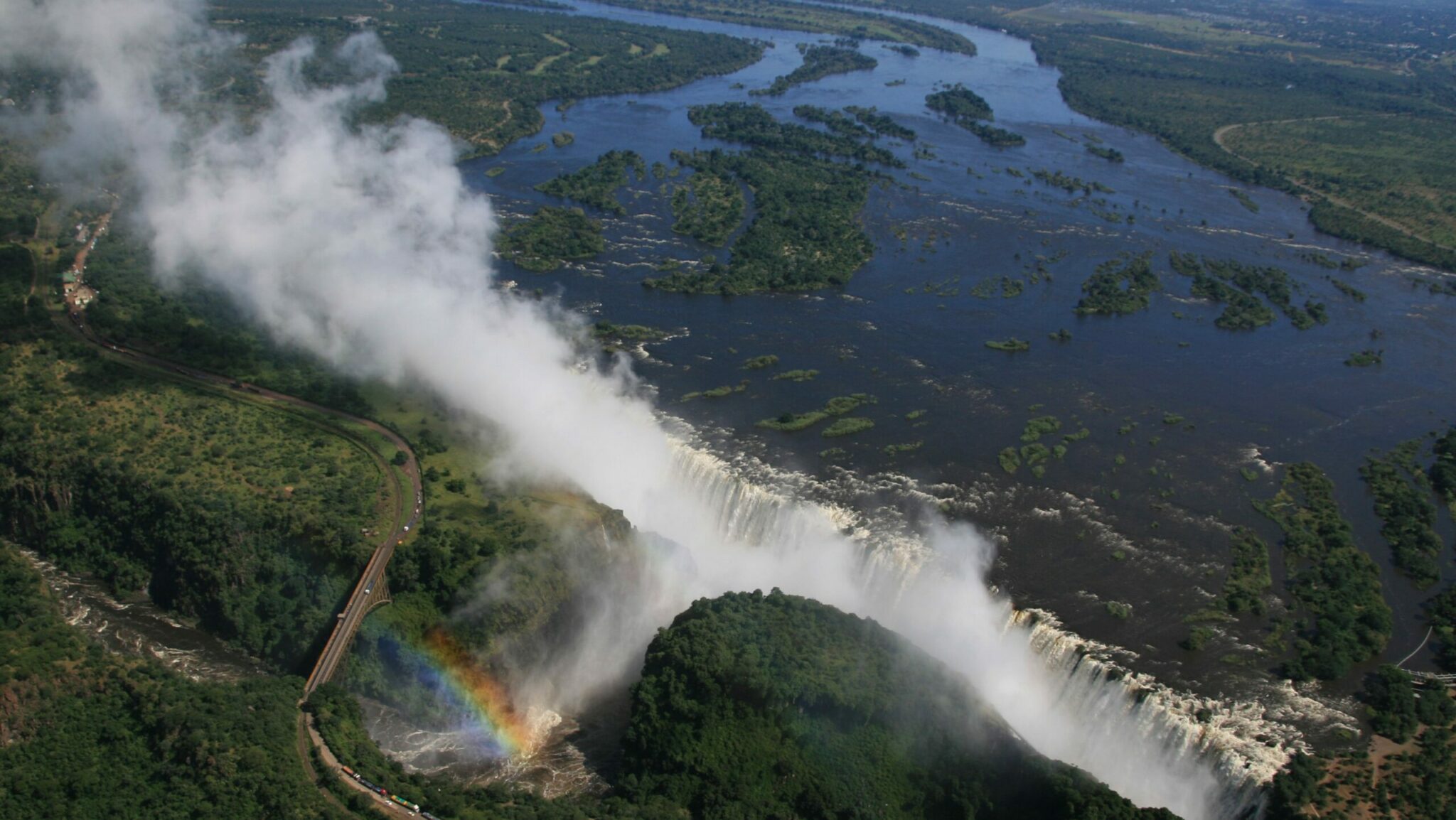 People can sometimes hear the roar of the falls from as far as 25 miles (40 km) away.

The Victoria Falls were discovered in 1855 by the British explorer David Livingstone, who named them after Queen Victoria.

Also known as the Smoke that Thunders, the Victoria Falls are some of the most famous, and considered by some to be among the Seven Natural Wonders of the World.