What Is the Sun Made of and What Other Elements Is the Sun Composed of Besides Hydrogen and Helium?

Like other stars, the Sun is composed mostly of gases.

About 70 percent of the gas is hydrogen and 25 percent is helium.

Just like other stars, the Sun’s hydrogen produces energy by changing into helium through the process of thermonuclear fusion. 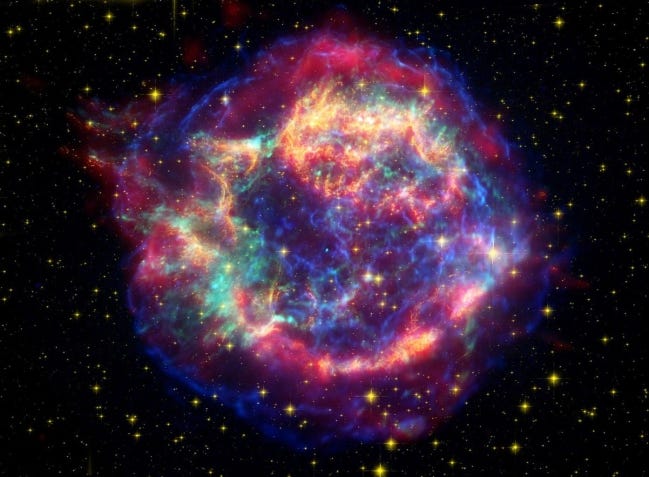 We see the Sun’s energy in the form of sunlight and feel it as heat.

In addition to hydrogen and helium, the Sun is composed of heavier elements that account for less than 2 percent of its mass.