Most people, almost 9 out of 10, in the Middle East are Muslims, or followers of the Islamic religion.

Most of these are Muslim Arabs.

The Middle East is the birthplace of three major world religions: Islam, Christianity, and Judaism. 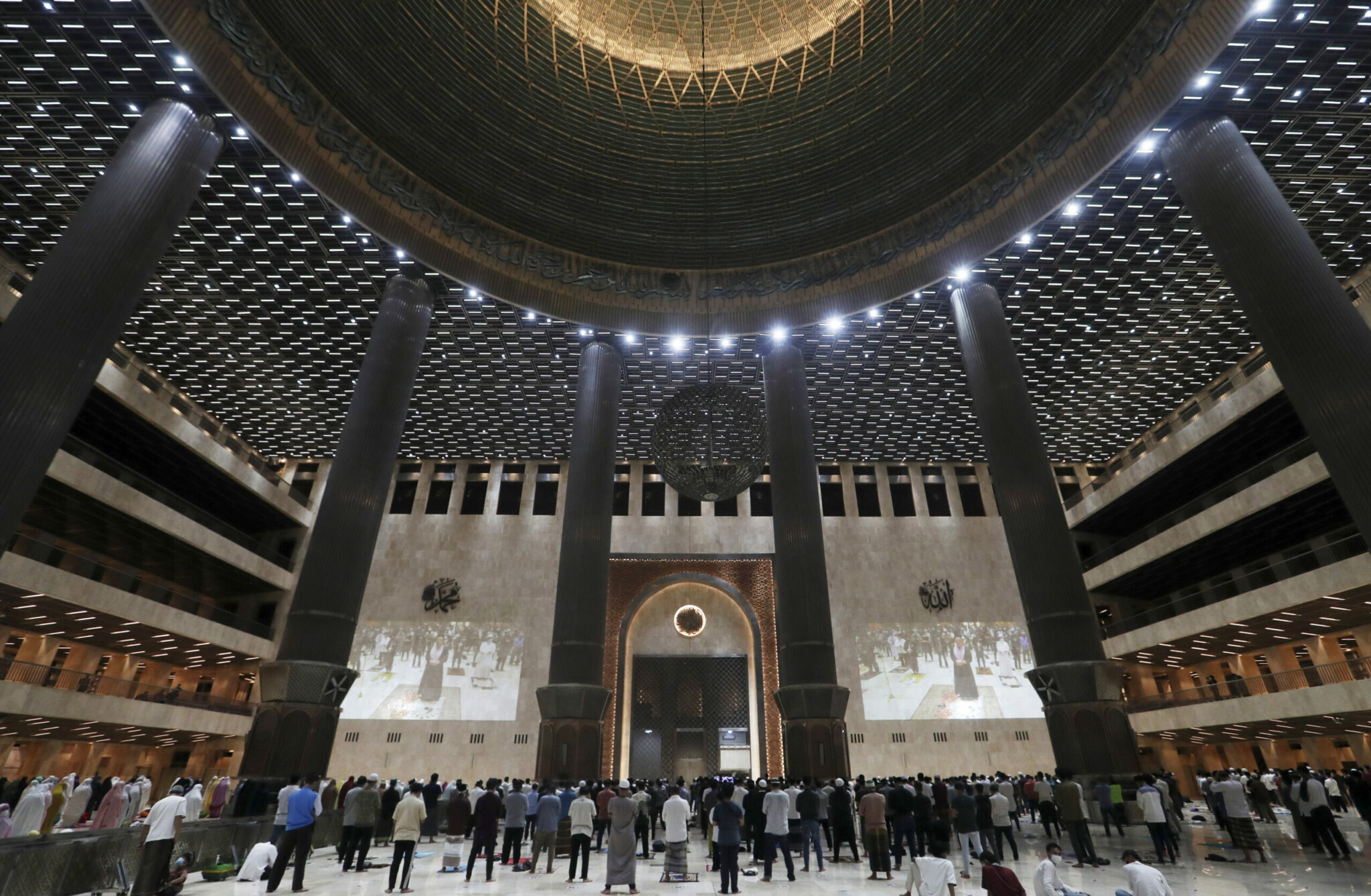 But in the Middle East fewer than 1 out of 10 people are Christian, and about 1 in 100 people are Jewish.

Because of the strict adherence to Islamic law in Saudi Arabia, women are not allowed to vote, nor are they allowed to drive a car or be seen in public with a man other than a close male relative.

Numerous other restrictions are placed on Saudi women in school and at work.

Women in many other Middle Eastern countries face similar restrictions, although some countries are more liberal than others.