What types of Germs and Diseases can you catch in Public Toilets?

There are lots of rumors and frightening stories that go around, but some of them just aren’t true.

So what can you really catch? Plenty. A bathroom, public or private, is a good place to make contact with human feces, and as you already know, there are dozens of unpleasant diseases that can be transmitted by such contact. While most germs don’t survive too well on environmental surfaces, some survive long enough to be transmitted. These, of course, are the ones to worry about. 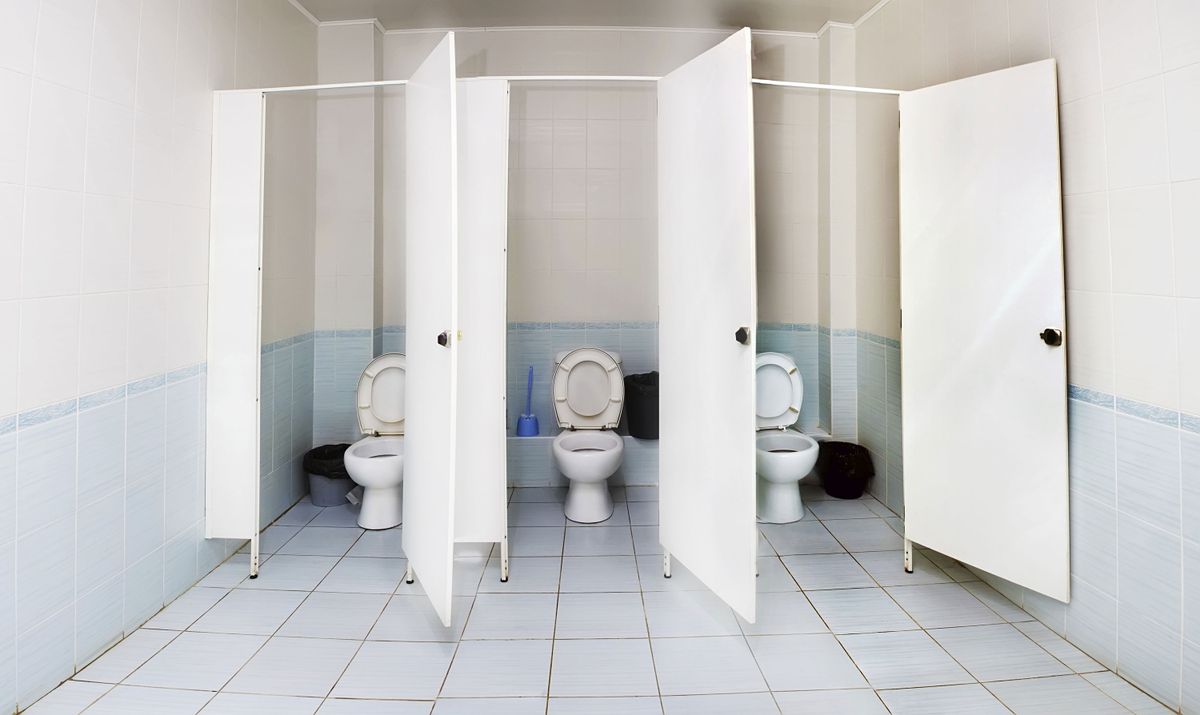 Cryptosporidium can be transmitted by contact with bathroom fixtures or changing tables in public bathrooms, and you can wind up with a bad case of diarrhea from such contact. Giardia, Salmonella, Clostridium, and Shigella can be transmitted in the same way.

There is at least one study of Salmonella which showed that the germ can persist for weeks after someone with diarrhea uses the toilet, and flushing the toilet can cause contamination of the toilet seat and toilet seat lid. While the germs didn’t survive on surfaces that got dry (sinks, water faucets, etc.), they did stick around under the rim of the toilet, where someone could conceivably come in contact with them. Bathrooms used by diaper-clad kids with diarrhea are a particularly germy place.

Norwalk-like viruses can also be spread in public bathrooms. One study found that shared bathrooms on college campuses were a source of the spread of this unpleasantness. But you have to do more than just touch the stuff: you have to get it in your mouth or up your nose.

Are sparkly-clean bathrooms safer than ones that are ill maintained? They’re certainly a lot more pleasant, but that doesn’t mean they’re less likely to make people sick. The amount of contamination in the bathroom is much less important in disease transmission than the germs on your hands when you leave the bathroom.

In other words, it was the lack of hand washing, not the level of contamination of the bathroom, that was causing the outbreak of disease. Whatever the level of cleanliness of the bathroom, and whether it’s in the Waldorf Astoria with flowers on the sink or in back of the gas station with a broken toilet seat, you’re much more likely to get into trouble if you don’t wash your hands after visiting it.

The solution is simple: wash your hands thoroughly before you touch your nose or mouth. You don’t have to scrub up like a surgeon preparing for an operation, ordinary hand washing with plain soap and water is enough. This precaution will reduce the risk to nearly zero. Perhaps the best advice to follow is this: if the public toilet isn’t equipped with soap, hot water, and paper towels, don’t use it. And if it is so equipped, take full advantage of all of the facilities.

This advice may be difficult to follow in certain instances: when using an outhouse during a camping trip, for example, or when traveling in exotic places. But even then, finding a place to wash your hands is a sensible thing to do before you do anything else.