What was a song duel and How did the Inuit use song duels to settle disputes?

A song duel was the Inuit’s unique way of settling disputes.

Instead of fighting, two people who were angry with one another came before an audience and took turns singing songs that pointed out the others’ faults and weaknesses.

Encouraged by the hoots and hollers of the crowd, the singers tried to outdo one another by making the funniest insults. 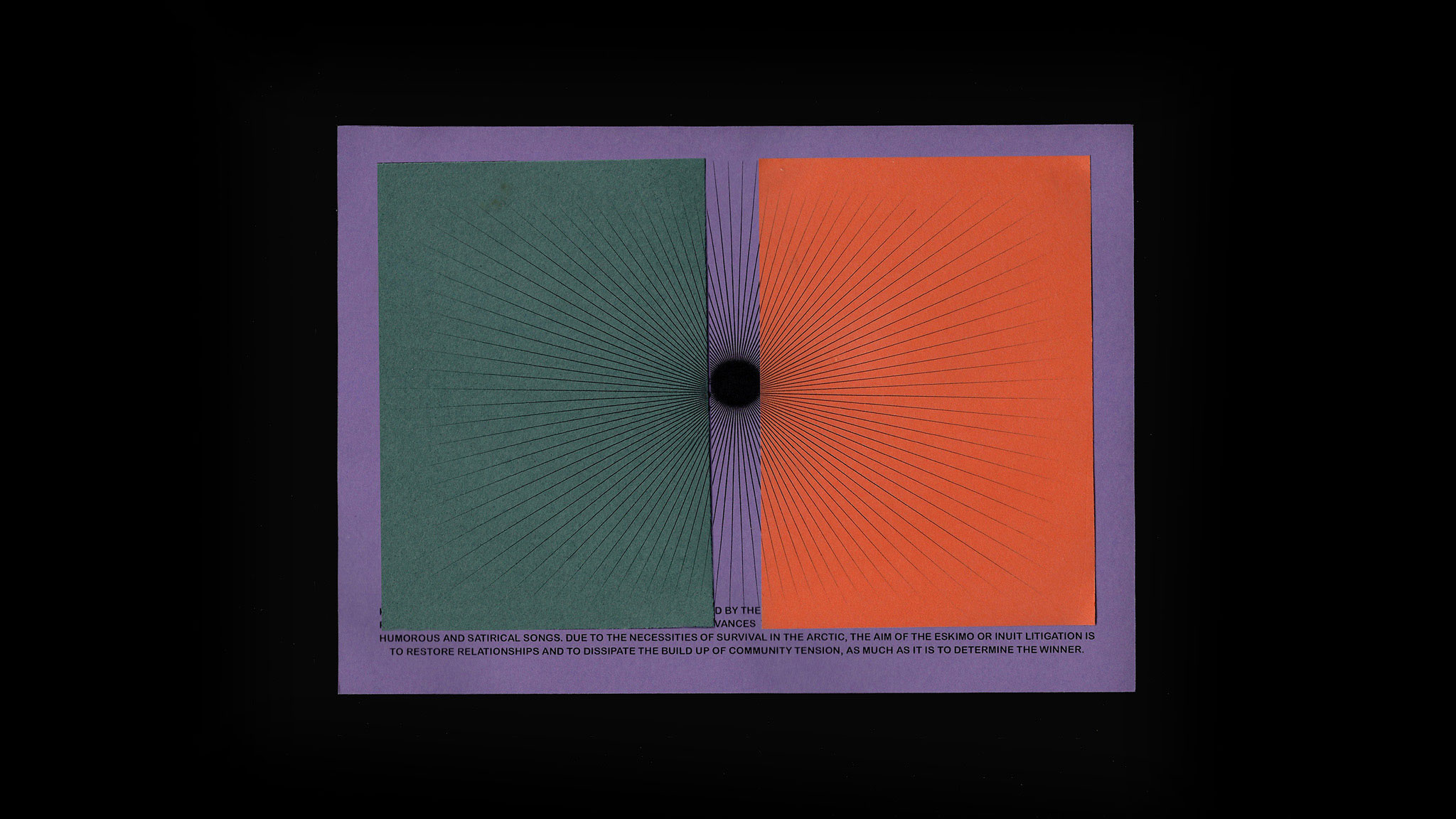