Except for those in the far north, the Inuit used igloos, dome-shaped dwellings made from bricks of snow, only as temporary houses while they were on hunting expeditions.

Their permanent homes were winter houses built into the side of a hill from sod, wood, bones, or stones. Like igloos, these homes were cleverly constructed to keep the cold air outside.

The small entrance was low to the ground and fed into a tunnel, which kept wintry winds from reaching the living space at the tunnel’s end. This area was sunk into the ground to provide extra insulation. There was a fire in the center of the living area and the space was furnished with benches that were covered with animal skins to make warm and comfortable beds. 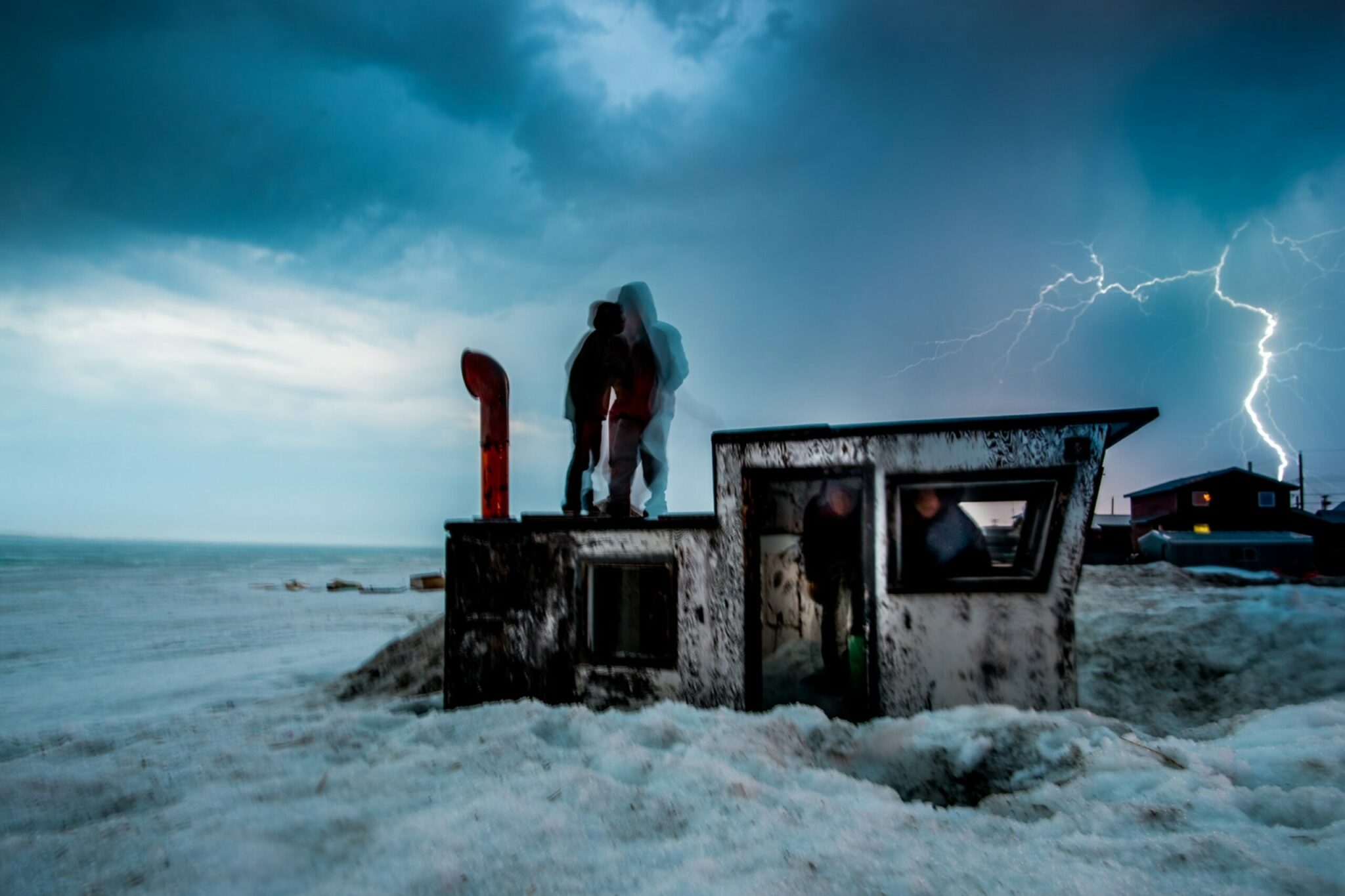 In the warmest months of the summer, Inuit stayed in tents. The large tent covers were sewn together from walrus-, caribou-, or sealskins and held up by a pole frame.