By the time of Achilles’ death, the Trojan War had lasted more than ten years, and the weary Greeks were eager to go home.

The Greek warrior Odysseus devised one last scheme to enter and defeat Troy.

As a trick, the Greeks boarded their ships and sailed away, leaving a giant wooden horse on the beach. 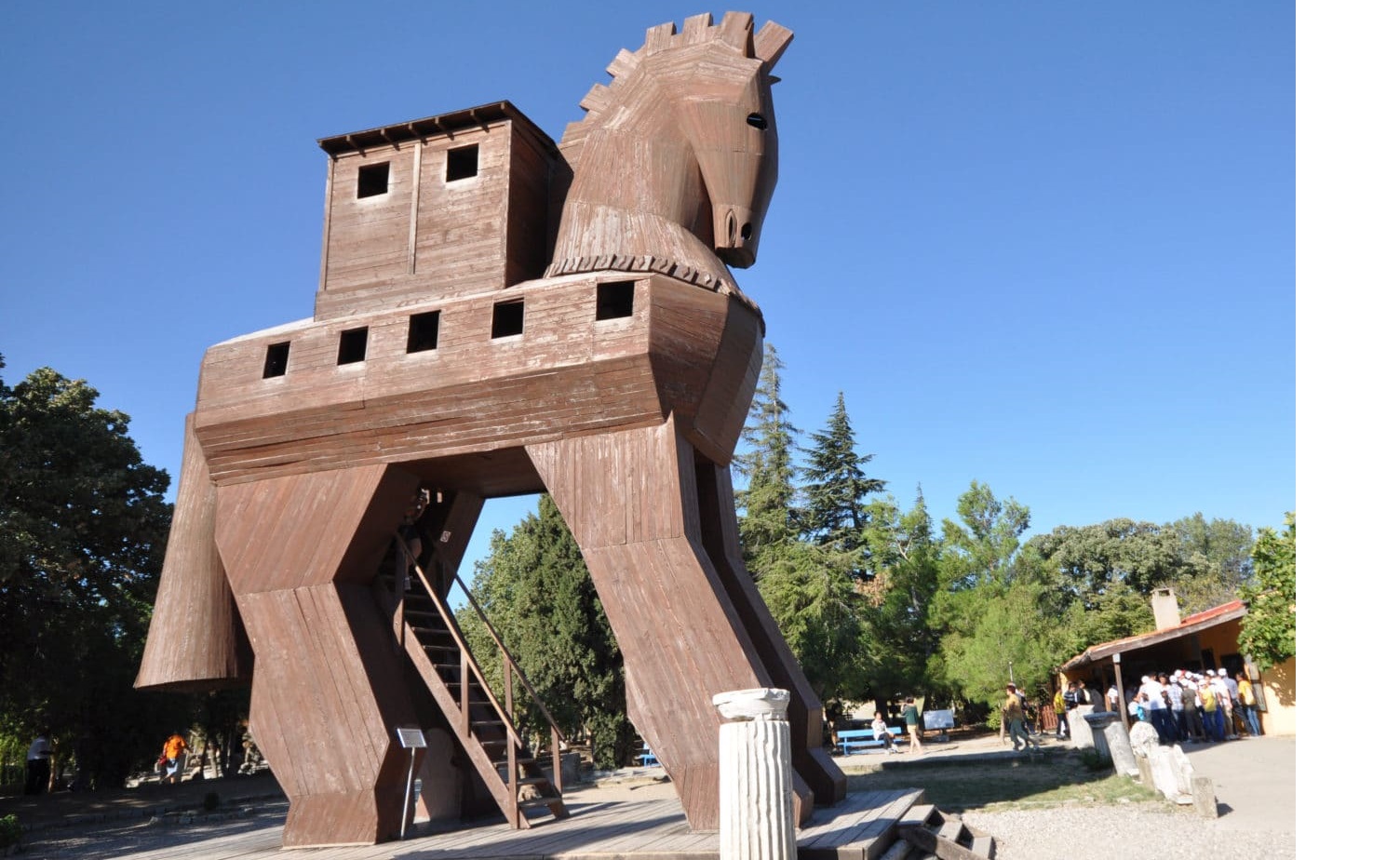 The Trojans were delighted to find the Greeks gone, and they took the wooden horse within the walls of their city as a tribute to the gods.

Unknown to them, Odysseus and several dozen Greek warriors were hidden inside.

When night fell and the city was asleep, the Greeks stole out of the horse and opened the city gates.

Thousands of Greek soldiers who had returned in their ships under the cover of darkness, rushed through the open gates.

The surprise was complete.