What’s the difference between a solar eclipse and a lunar eclipse?

As Earth and the moon rotate, periodically they will fall into a perfectly straight line with the sunit’s called syzygy. If Earth is in the middle of that lineup, with the sun on one side and the moon on the other, Earth’s shadow falls on the moon, causing a lunar eclipse.

If the moon is in the middle of the line, with Earth on one side and the sun on the other, the moon’s shadow falls on Earth, causing a solar eclipse. Think of the sun as a huge backlight. 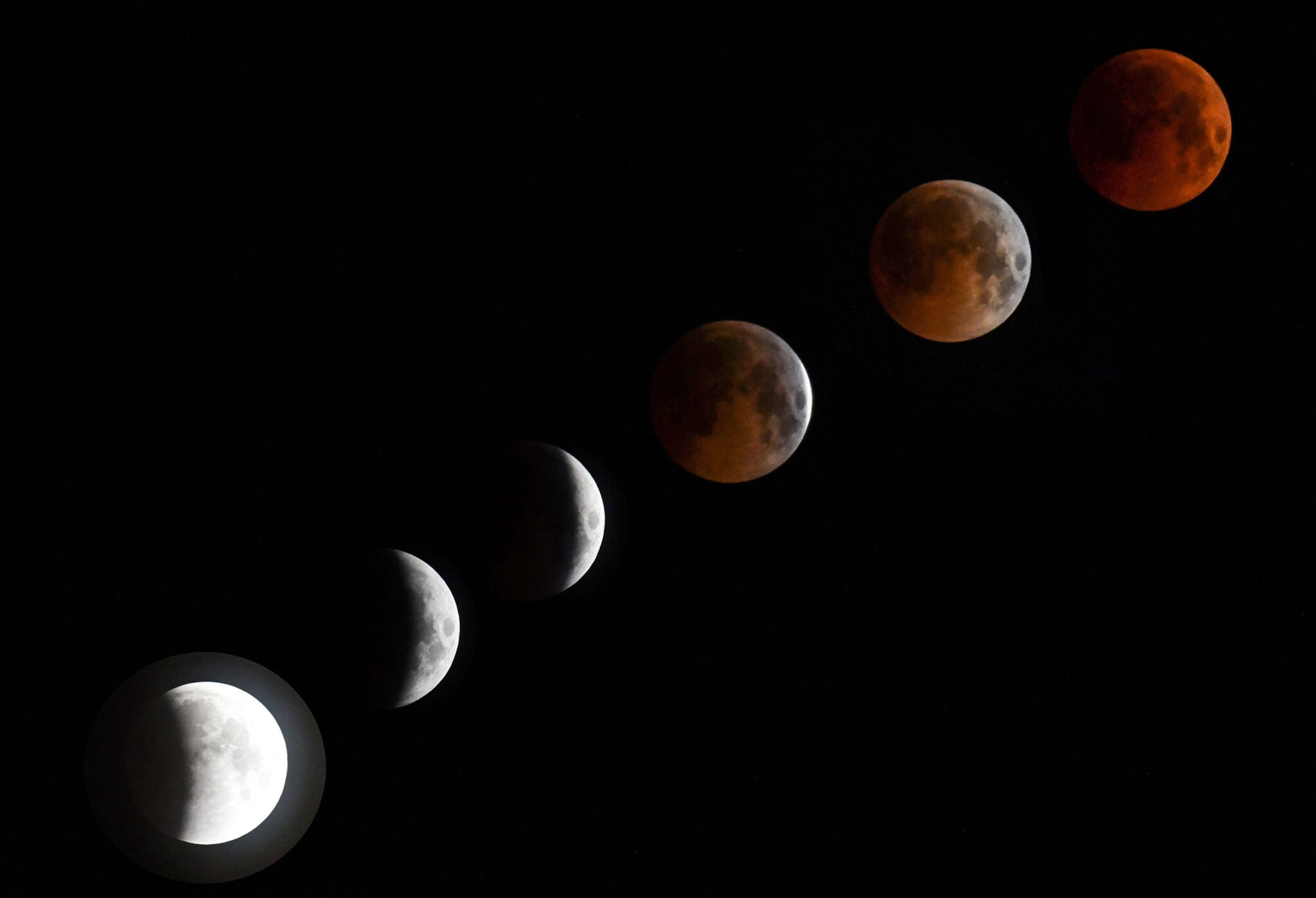 Which type of eclipse occurs depends on whether Earth or the moon is in front of the light. They’re both amazing to see. Whereas special eye protection is needed to watch a solar eclipse, a lunar eclipse is perfectly safe to watch.