When Did A Dust Storm Hit New York City?

Not snowdrifts, but dust storms and dustdrifts. They came as a result of the great dust storms that occurred between 1933 and 1937.

The first huge storm arrived in the dry areas of the center of the United States in November of 1933. Though the storms started in the Midwest, so much dust was raised it was carried 1,000 miles east to New York City.

The reason there was so much dust was that there had been very little rain in the area for two years, and the earth had dried out and was unable to withstand the high winds. The next year, 1934, the storms grew worse. Dust filled the air everywhere. 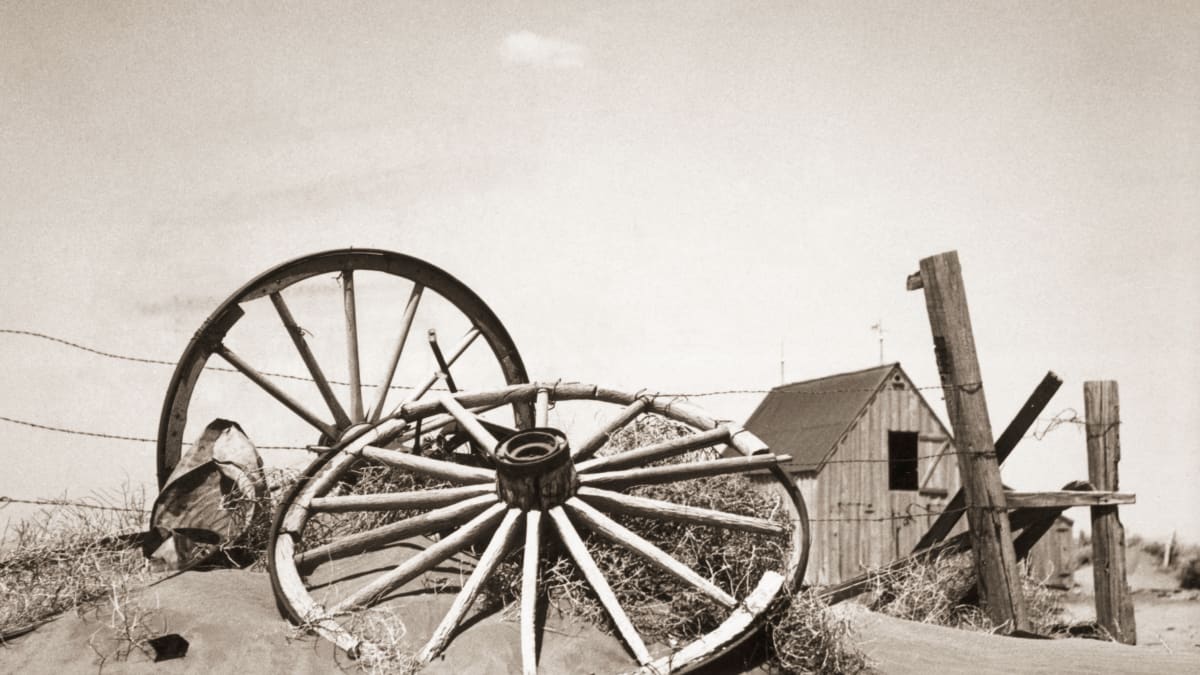 Electric lights had to be left burning during the day because the dust was so thick it shut out the sunlight, and day was as dark as night. Livestock suffocated or starved to death because dust covered grazing areas, dried out grass, and ruined crops.

In some places, the drifts of dust were so high they stopped trains on their tracks and cars on roads. Planes were grounded.

The storms continued off and on until 1937 and were the reason many people left their homes to move to different areas.