When Did Catherine the Great Have Sex With a Horse?

Rumor had it that Catherine the Great accomplished the feat with a special harness. 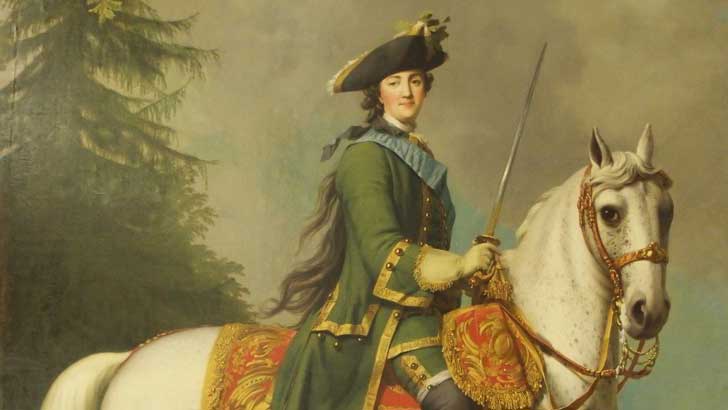 The horse was lowered onto her from above, and that she died when the harness broke and the horse crushed her.

It’s one of the naughtier sex stories in history, and it’s completely, entirely untrue.

Catherine the Great was the German-born Queen of Russia, and she lived up to her nickname.

During her 34-year reign (1762-96), she managed to expand Russia’s borders, end uprisings in her kingdom, and advance the arts and sciences. What she didn’t have was a good marital relationship.

She was fortunate that the union brought her the crown in the end, but she was unfortunate in that when she wedded Czar Peter III, she married an impotent, feeble-minded man.

Before becoming czar, Peter had joined a wacko cult called the Skoptzies, in which the members amputated their genitals for salvation. Fortunately, Peter didn’t go that far, but regardless, he wasn’t much interested in or capable of having sex.

Catherine soon realized she would need to take lovers if she wanted intimacy. When she was young and beautiful, no one minded her infidelity much because Peter was incompetent and not well liked by either the Russian people or those who knew him personally.

Most people were aware that her son, Paul, heir to the Russian throne, probably certainly wasn’t Peter’s child. But all of these things weren’t what sparked the rumors.

What started the horse rumors, and others equally appalling and imaginative, was that Catherine never stopped the practice of taking lovers, even as she grew older and older, still bedding young men while in her 60s.

Visiting foreign dignitaries found this distasteful, despite the fact that male monarchs were far more profligate in their sexual relationships and practices.