When the Treads On Tires Wear Out, Where Does All the Rubber Go?

It has been rubbed off, and no, that’s not why they call it rubber, onto the road, whence it was scattered in the form of fine dust into that vast, complex everywhere that we call the environment.

Some of it was then washed off the road and into sewers by rain, or else it was blown around by the wind and eventually fell or was rained out of the air onto any and all surfaces. Eventually, all the rubber joined the soil and the seas as part of the Earth from which it was born. Like everything else, a dead tread returns unto dust.

We tend to think of automobile tires as rolling smoothly along, without any scuffing against the road that might scrape away rubber. That could be true only if there were no resistance whatsoever between the tire’s surfaces and the road’s surface. And if there were no resistance, your tires couldn’t get a grip and you’d go nowhere. You’d get a spectacular warranty on a set of tires like that, because they’d never wear out. 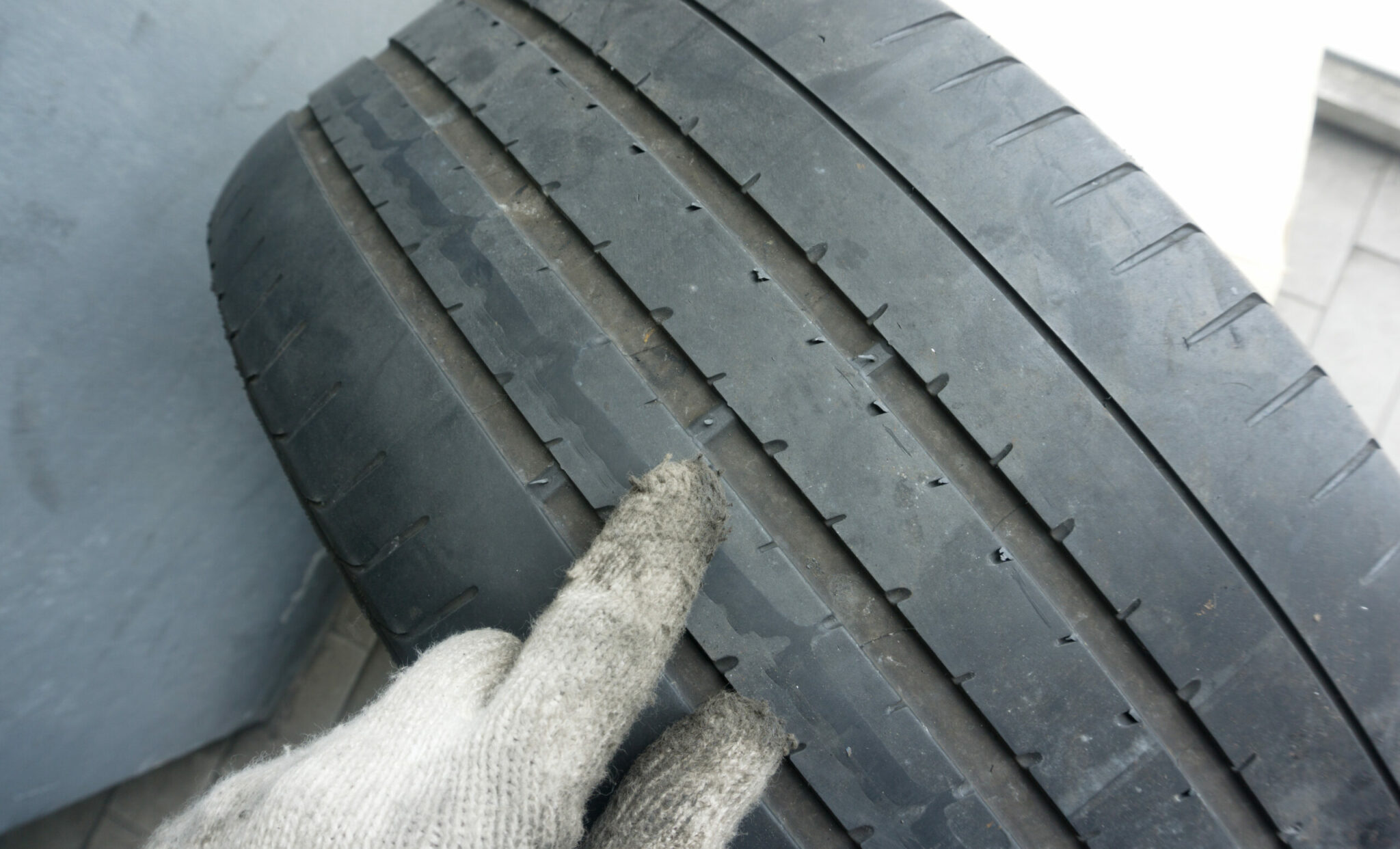 Between any two surfaces that are attempting to move past each other, even a tire and a road, there is always some resistance; it’s called friction. Even rolling wheels experience friction against the road, although rolling friction is a lot less than sliding friction. When necessary, you can roll your car straight ahead by pushing, but just try to slide it sideways.

Friction gobbles up some of the energy of motion and spits it out as heat. If there were no diminishment of motion by the conversion of some of it to frictional heat, a machine could go on forever without slowing down: perpetual motion. Because there always must be some frictional heat loss, however small, every device that has ever been touted as a perpetual motion machine has to be a fake, however well-intentioned its inventor.

If you don’t think that tire-against-road friction makes heat, just feel your tires before and after driving for an hour or so on the freeway. Much of the heat you’ll feel comes from friction against the road, but some comes also from the continual flexing and unflexing of the rubber.

Regarding the disappearing tread on your tires: Wherever there is frictional resistance between two materials, one of them has to “give”, that is, have some of its molecules scraped off by the other. Between your soft tire and the hard highway, it’s no contest; it’s the rubber that gives and gets rubbed off gradually in tiny particles.

If all of our roads were made of a substance that is softer than rubber, the roads would wear out instead of the tires. Instead, our society has decided that it’s less trouble for car owners to replace their tires than for governments to continually replace road surfaces. Then why, you may ask, do we continually have to dance the orange barrel polka to get through interminable road reconstruction zones? Unfortunately, I can answer only scientific questions, not political ones.

The squealing tires in movie car chases are the result of sliding friction: rubber scraping, rather than rolling, on the pavement. On a microscopic scale, we would see the tire alternately grabbing and slipping thousands of times per second, producing a series of chattering vibrations that fall in the frequency range of a screech. It’s easy to see that with all of this frictional dragging of rubber against the road, a lot of rubber will be rubbed off.

In fact, the friction makes enough heat to melt some of the rubber, which paints itself onto the road as a black skid mark.