Where Do Flies and Mosquitoes Go In the Winter and Where Do Large Houseflies Come From?

Many adult flies die off with the arrival of cold weather, but others live through the winter.

Among these flies are cluster flies, so called because of their habit of clustering.

They are relatively large flies, and are not from the same family as houseflies, but they also like houses, and are probably the ones that show up fully grown in the spring. 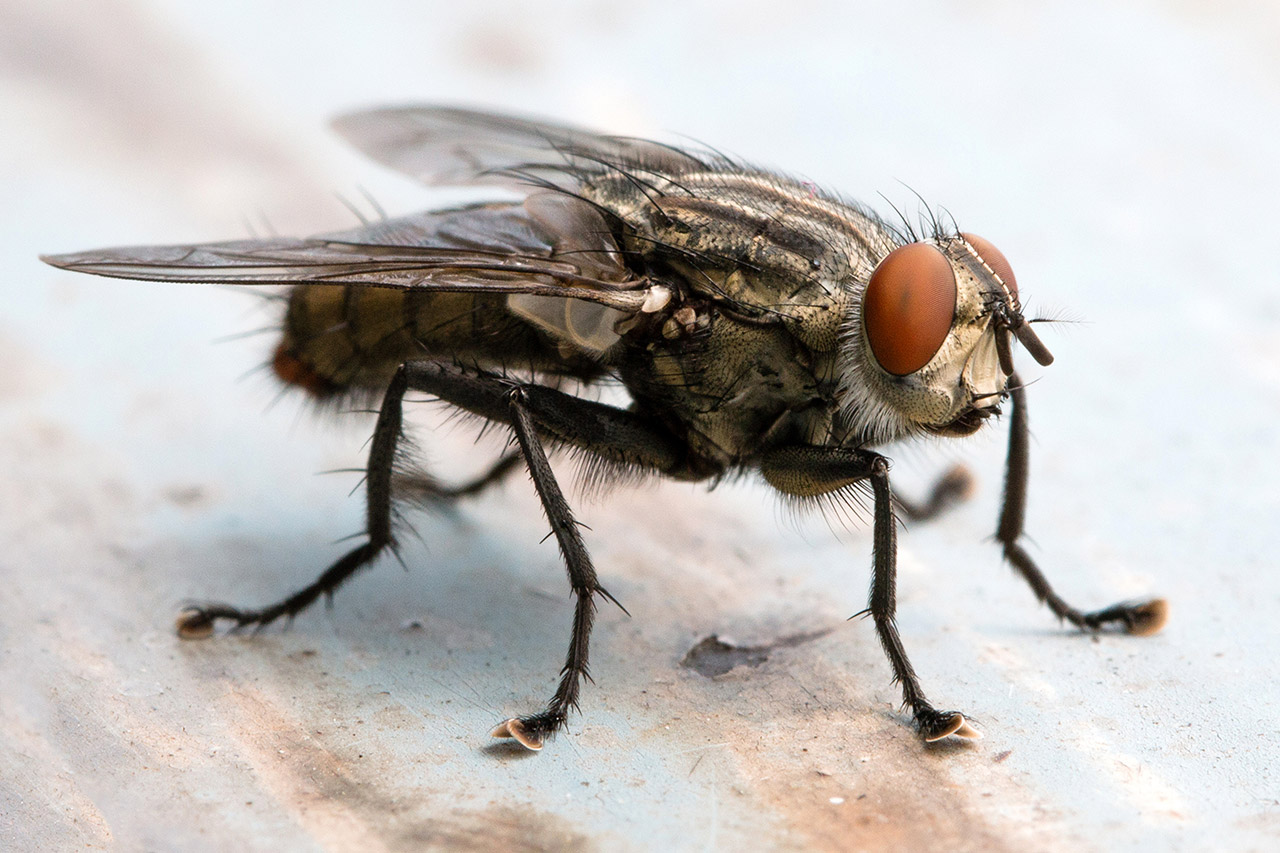 Pollenia rudis is a common species.

Cluster fly larvae are parasitic on certain earthworms, and the adults pollinate a horrible-smelling vine in the milkweed family called the black swallow wort.

The vine is native to southern Europe, as are the flies and the earthworms. The flies probably came here with the earthworms, which are the ones most commonly raised for fishing.

In the larval stage, they are found in the worms’ body cavities.

With the first cold days, some of the adult cluster flies go into houses, seeking out any little crack or hole. They become active on a warm day in winter, because to them it’s spring.

There are many species of mosquitoes, and they all hibernate, or, more properly, overwinter.

In the Westchester County, New York, area alone, forty-two kinds of mosquitoes have been found.

Some overwinter as adults, hiding out in basements and other damp, dark areas. In early spring, they are just starting to come out of nooks and crannies, looking to go outside, get a blood meal and lay some eggs.

Other species overwinter in the egg stage.

The eggs are laid sometime in summer and sit there, frozen, until the warm spring rains come. Then they thaw and hatch. A few overwinter as larvae, the aquatic wiggler stage.

They seem to be able to withstand freezing.