How Do Flies and Mosquitoes Fly In Strong Winds and Where Do Flies Go When the Weather Stops Them From Flying?

Flies are often a nuisance while sitting on the hotel balcony when you’re on vacation.

But when the winds pick up, the flies disappear.

There is indeed a maximum wind speed above which they will not fly, but it also depends on temperature, humidity, and the sex and age of the fly, as well as its species. 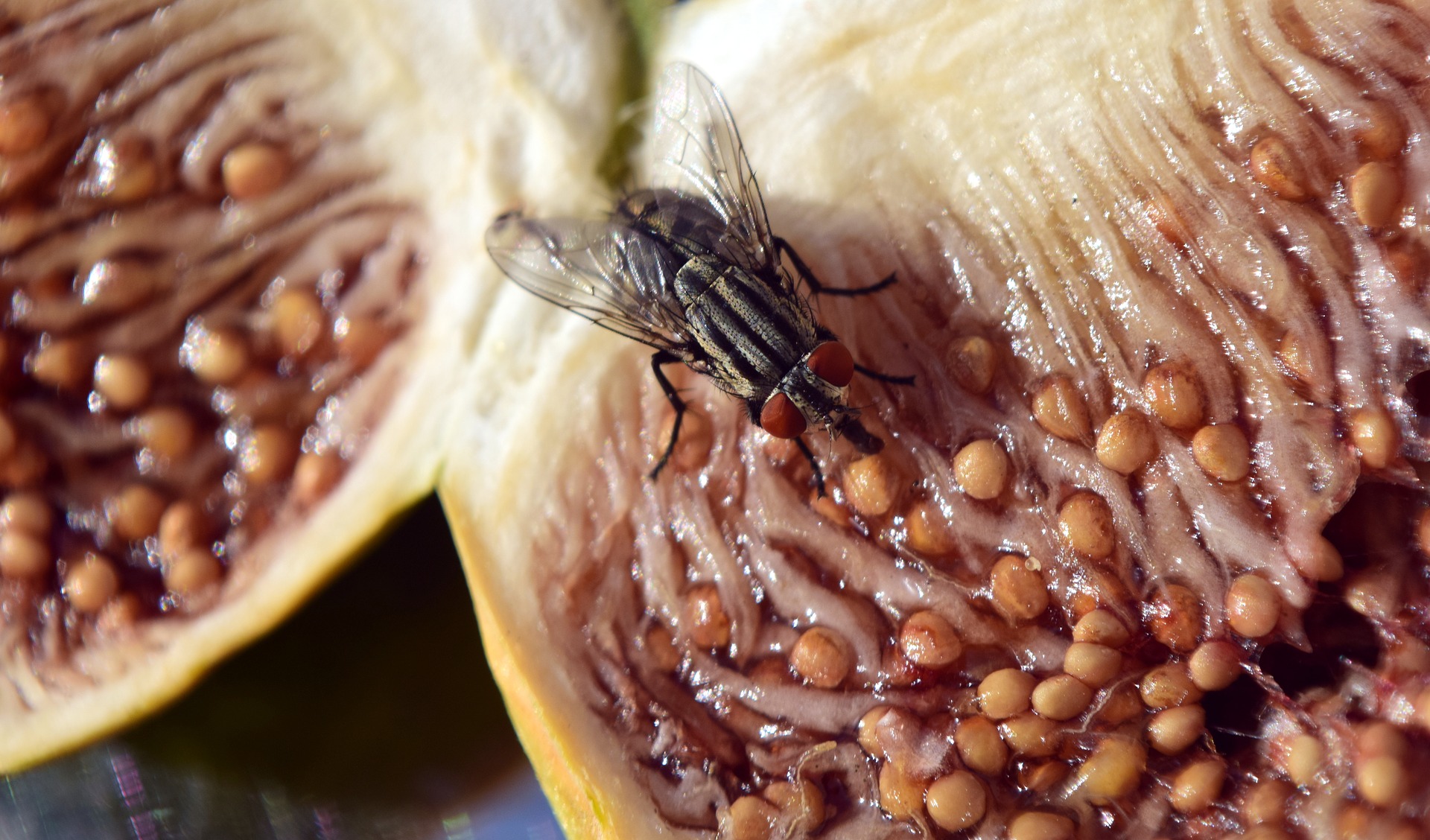 For Lucilia cuprina, the major sheep-infesting fly in southern Australia, the wind speed threshold is about 20 miles per hour.

This is the upper limit at which these flies can maneuver safely away from objects that would damage their wings. However, some fly species depend on wind transport to carry them long distances. The annoying tiny Australian bush fly is believed to migrate to Tasmania this way each summer.

Lucilia cuprina is also grounded if it is hotter than about 104°F, and below about 54°F. When conditions stop them from flying, they crawl into a protected space and wait until things improve.

The females lay eggs or living young, according to species, which first live as a maggot and pupate underground for up to a year or more. They emerge only when conditions are right, fine, clear, sunny days with little wind, perfect to annoy the tourists.

A cyclist friend informs me that, after extensive experiments, members of Melbourne Cycling Club have concluded that they cease to be troubled by flies when riding at or above 10 miles per hour in still air.

Millions of mosquitoes appear during the short summer in subarctic Canada.

When it is windy they hide in vegetation close to the ground, where they won’t get blown away. Walking across an apparently empty tundra will raise thousands, anxious for a quick meal of your blood.

It has been confirmed that the maximum speed of certain flies is about 10 miles per hour.

When I was cycling below that speed up mountains in the Alps and Pyrenees, flies were a constant nuisance. Not having the fitness of Lance Armstrong and laden with luggage, I found that speed difficult to sustain while climbing.

It was a choice between exhaustion and grisly insect attack, I chose the latter.

When the flies are outpaced, I can only presume they land on the next cyclist struggling up the same road.