Where do monarch butterflies migrate to in September?

That is the right time of year for the eastern monarchs’ migration, and they do congregate in Cape May, New Jersey, by the thousands.

The monarchs seen in and around New York City are flying through on the way to their wintering sites in the mountains of central Mexico. The butterflies seek out microclimates congenial to an overnight rest and are off again in the morning.

The migration happens every year, but is much more noticeable in some years because insect populations are highly variable. Factors such as wind patterns may influence the exact route. 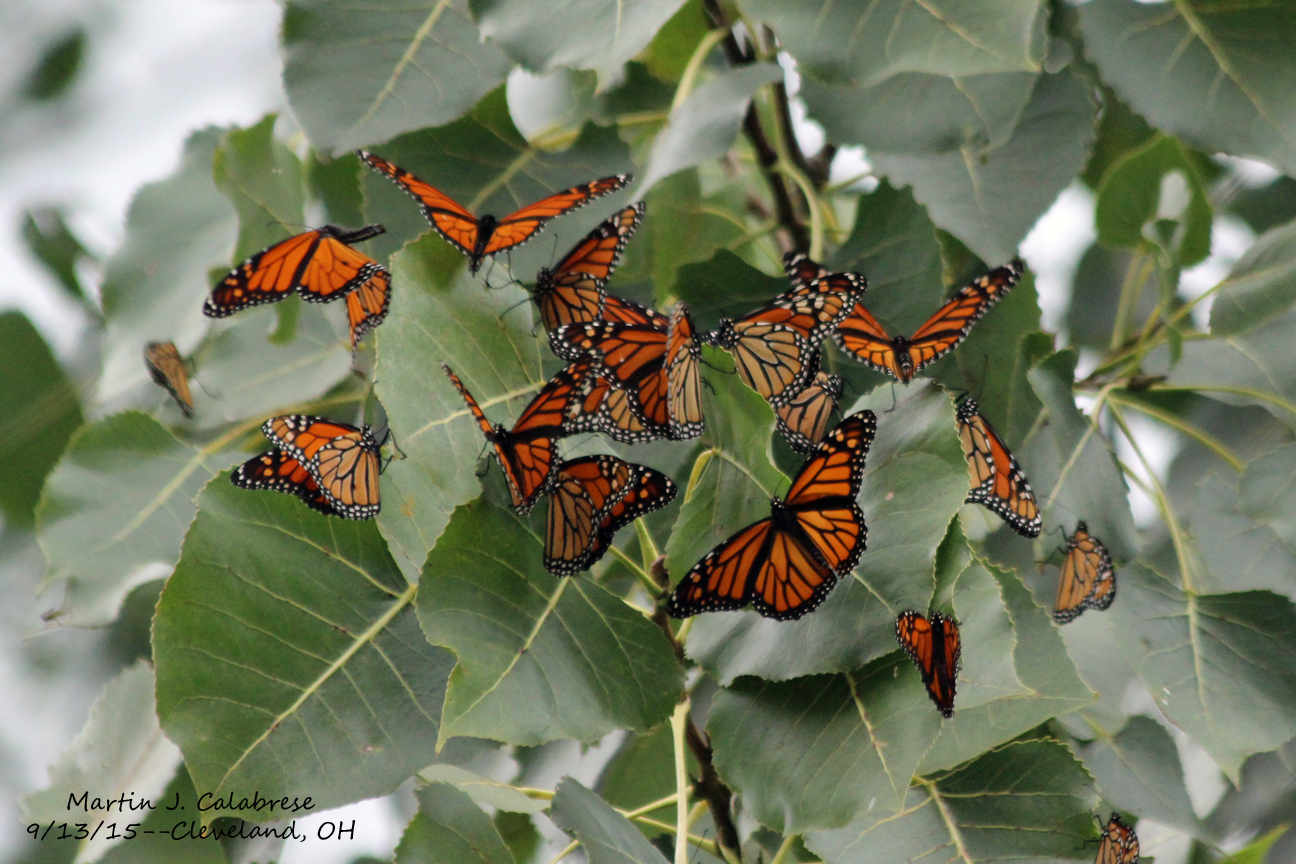 However, each year there are reports of sightings in Manhattan, even of big groups flying by office windows thirty floors up.

The eastern population of monarchs overwinters in the Transvolcanic Range in Mexico, on the border of the states of Michoacan and Mexico. The site, 10,000 feet above sea level, was discovered in 1975. The western population winters on the coast of California.