Where Does Black Mold Come From and What Is the Best Way To Remove Black Mold That Grows On Damp Walls?

The infamous black mold is the fungus Aspergillus niger.

The reason it seems so difficult to eradicate is that the visible black manifestation is merely the exposed structure of the fungus, which is mainly comprised of the fruiting bodies.

In addition to this visible material, there is invariably an insidious network of hyphae or mycelia which lie in the substrate of wallpaper or plaster, and feed on the minerals contained within. 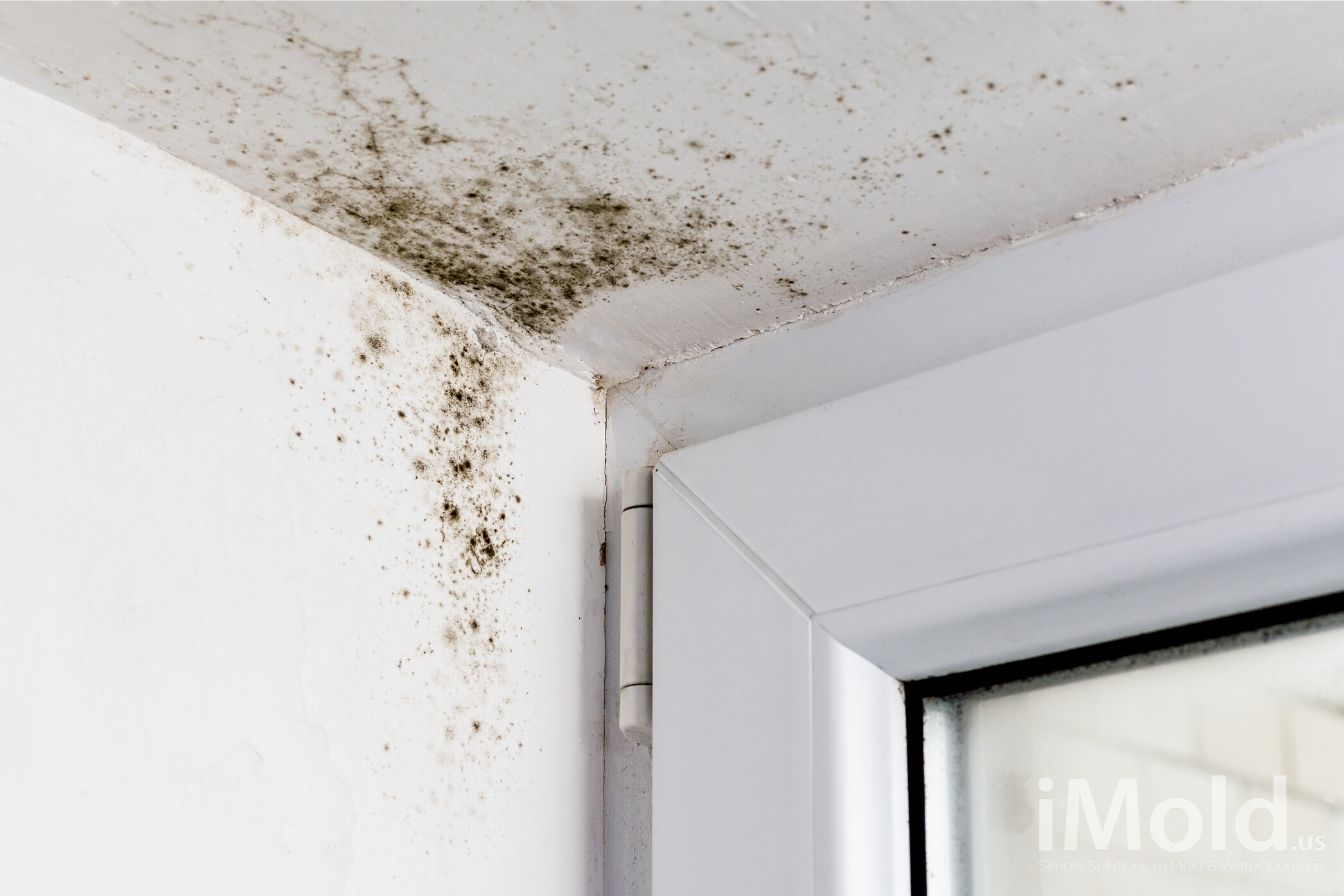 Eradication of the mold requires not only the repeated physical removal of the visible growth but the simultaneous use of a penetrative fungicide capable of permeating the substrate and killing off the unseen root structure.

The analogy is that of trying to eradicate ground elder or horsetail from your vegetable patch by merely strimming the visible plantlets.

The Aspergillus fungus has been a constant source of annoyance in local council accommodation throughout the nation. It is prevalent where cool, still air deposits condensation next to steel window frames, concrete-screed ceilings, water-tank enclosures and similar areas.

Current medical opinion is that this fungus is a major source of allergenic disease and that it produces carcinogenic aerosols, so removal of the unsightly nuisance is also important for health.

Many have experienced problems when attempting to remove Aspergillus.

Table salt and bleach have only limited success, a more permanent solution is by washing the affected areas several times with a systemic fungicide available from any garden store. This may not, however, be the safest solution as the fungicide may be as toxic as the fungus.

The previous answers seem to have fallen into the trap of assuming that any mold that is black is Aspergillus niger. In surveys of Scottish housing carried out by my laboratory, the incidence of this species has been rather low.

The most common dark mold in growths on bathroom and other damp walls are likely to be species of Cladosporium, with Aureobasidium, Phoma and Ulocladium thrown in for good measure.

Even green species of Aspergillus and Penicillium can look black when soaked.

The situation is much the same in mainland Europe, so it is likely that it will not be very different in Northumberland or Surrey, unless the bathrooms there come closer than most British bathrooms to providing the subtropical and tropical climates that favour A. niger.

A really black fungus in about 15 per cent of houses in Scotland with mold problems is Stachybotrys aira.

Wallpaper, jute carpet backing or the cardboard wrapper of gypsum board all provide ideal cellulosic substrates on which it can thrive in very damp conditions.

This type of mold may present the greatest hazard of any to the health of occupants of moldy buildings. Its airborne spores are allergenic and powerfully toxicogenic. Its toxins inhibit protein synthesis, and are immunosuppressive, an irritant and haemorrhagic.

It is well known that fodder contaminated by Stachybotrys can kill horses, and it is also harmful to the stable hands.

Currently, this mold is of particular concern in North America, where it has been implicated in episodes of building-related illness ranging from chronic fatigue syndrome in adults to fatal pulmonary haemosiderosis in infants. Consequently it has been the subject of lawsuits, one for the sum of $40 million, taken out against builders and employers.

The outside wall of some bathrooms can grow a superb crop of mold which remove the wallpaper and infest the plaster. To remove this Aspergillus, use a single washing-down with a dark pink solution of potassium permanganate crystals which effected a cure with no recurrence.

Please note that potassium permanganate is poisonous if swallowed.

Household bleach does not remove the staining caused by Aspergillus niger.

But spraying the surface or painting it with an aqueous solution of 10 per cent zinc sulphate prevents the re-emergence of the fungus as long as the molecules of zinc sulphate are not washed off.