Where Does Imitation Crab Meat Come From and What Is Surimi Made Of?

Surimi is fish flesh that has been minced and fabricated into crab-and shrimp-like shapes.

Developed in Japan to utilize the waste scraps from filleting and to exploit some of the less desirable fish species caught in the nets, it has gained a foothold in the United States as a low-cost alternative to the real things.

The fish scraps, most often of pollack and hake, are minced, washed thoroughly to eliminate fat, pigments, and flavors, rinsed, strained, and partially dried to reduce the moisture content to about 82 percent, after which they are frozen until needed. That’s surimi. 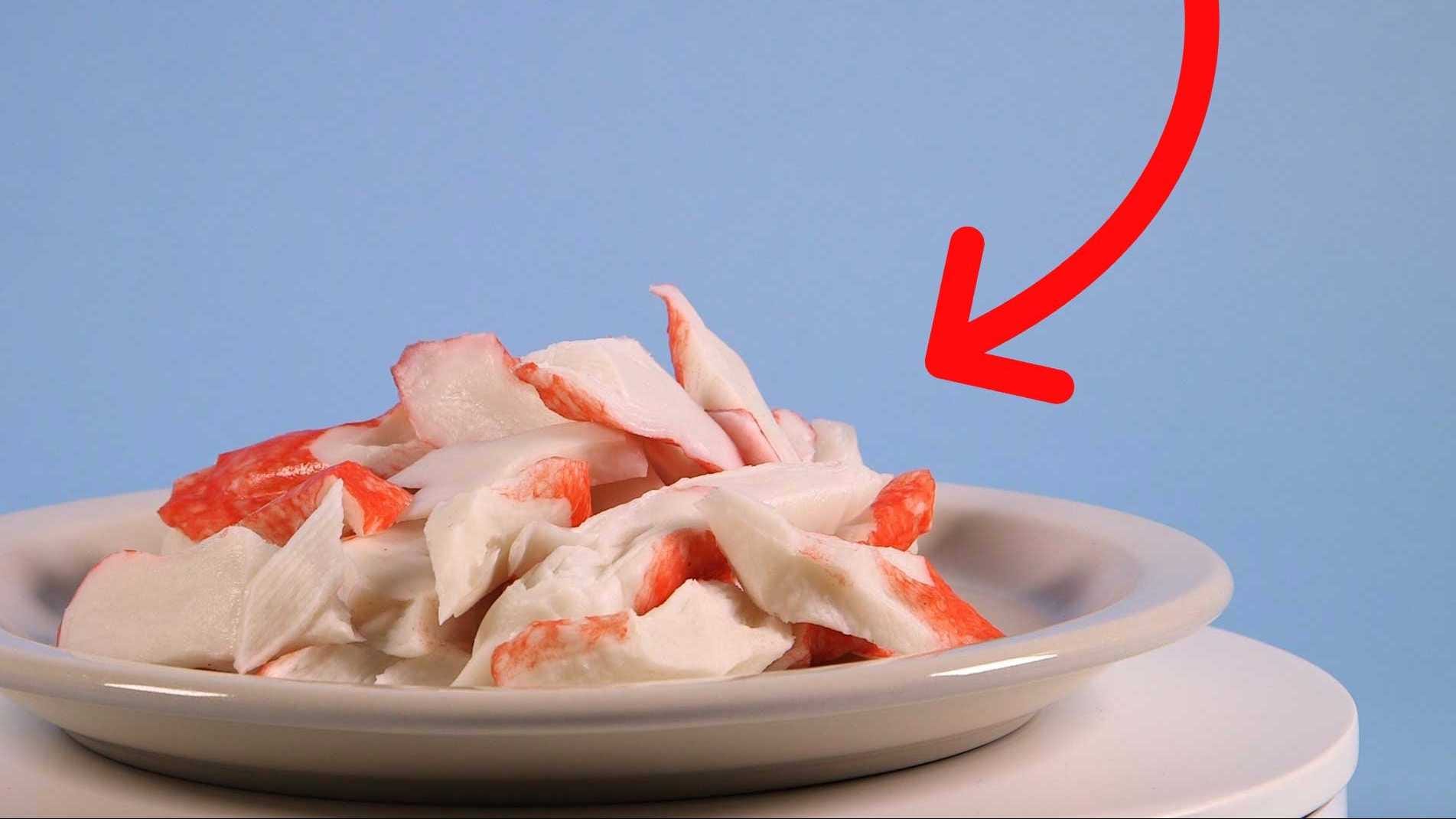 To fabricate a given product, the surimi may then be shredded into fibers, after which ingredients such as egg white and starch and a little oil are added to give it a texture similar to that of real crab, shrimp, or lobster. The mixture is then extruded as a sheet and heated briefly to stabilize it into a gel.

The sheets are then rolled, folded and/or molded into sticks or other shapes, flavored, and colored to mimic the real things, and frozen for shipping to the market.

Crab sticks are a form of kamaboko, a processed seafood made of finely pulverized white fish flesh, shaped and cured to resemble leg meat of snow crab or Japanese spider crab.