Where does the expression “raining cats and dogs” come from and What does it mean?

Dean Jonathan Swift has been given credit for originating this extravagant way of indicating excessive or torrential rain, but we doubt that he did.

To be sure the first literary appearance of the expression “raining cats and dogs” is in his Polite Conversation (1783), but it must not be forgotten that these so-called “dialogues” are markedly satirical, and when he has Lord Sparkish say, “I know Sir John will go, though he was sure it would rain cats and dogs; but pray stay, Sir John,” he is using what he regards as a hackneyed phrase, as he does deliberately throughout these dialogues.

The hyperbole was probably more than a hundred years old by that time. 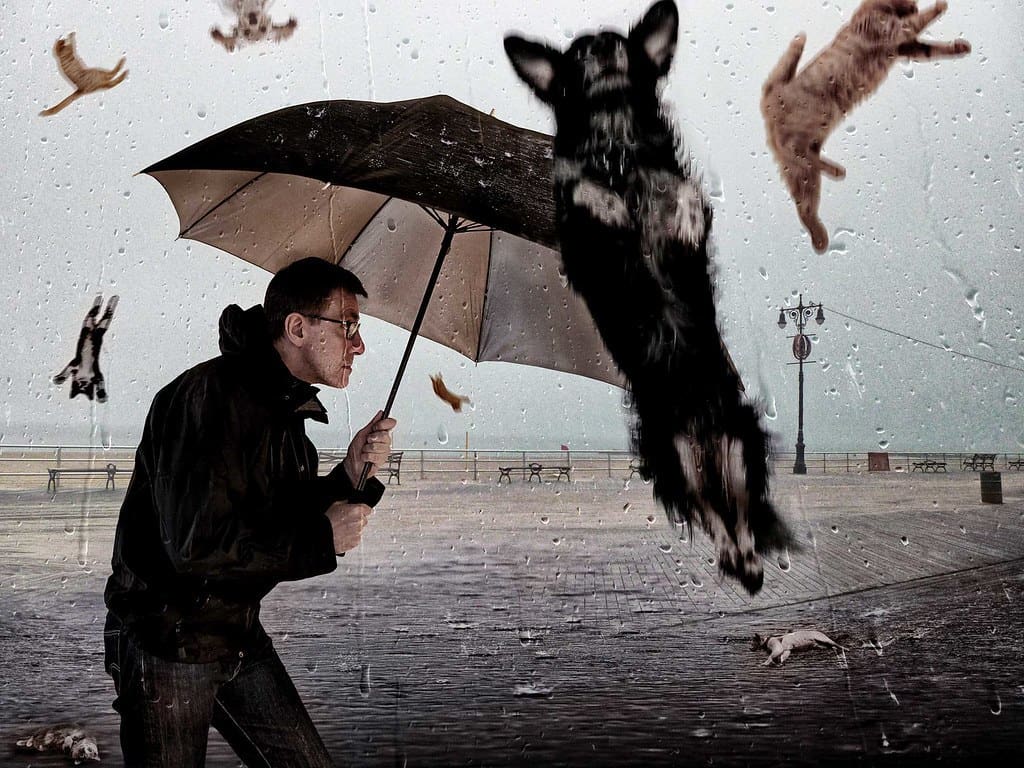 In Act IV, scene 1, we find Sarpego, the pedant who, affecting a great knowledge of Latin, translates it entirely by ear, speaking: “From henceforth Erit fluvius Deucalionis/The world shall flow with dunces; Regna bitque/and it shall rain; Dogmata Polla Sophon/ Dogs and Polecats, and so forth.”