Where does the phrase “hoity toity” come from and What does hoity-toity mean?

Nowadays one rarely hears the phrase “hoity toity” except as an expression of surprise coupled with annoyance or indignation, usually uttered by a precise elderly person in condemnation of the behavior of a niece or granddaughter.

And that reflects its source, for holly at one time, some three centuries ago, described a person who indulged in hoiting, an obsolete word, but meaning “acting like a hoyden.”

The toity was added just for rhyme, as scurry to rhyme with hurry in hurry-scurry. 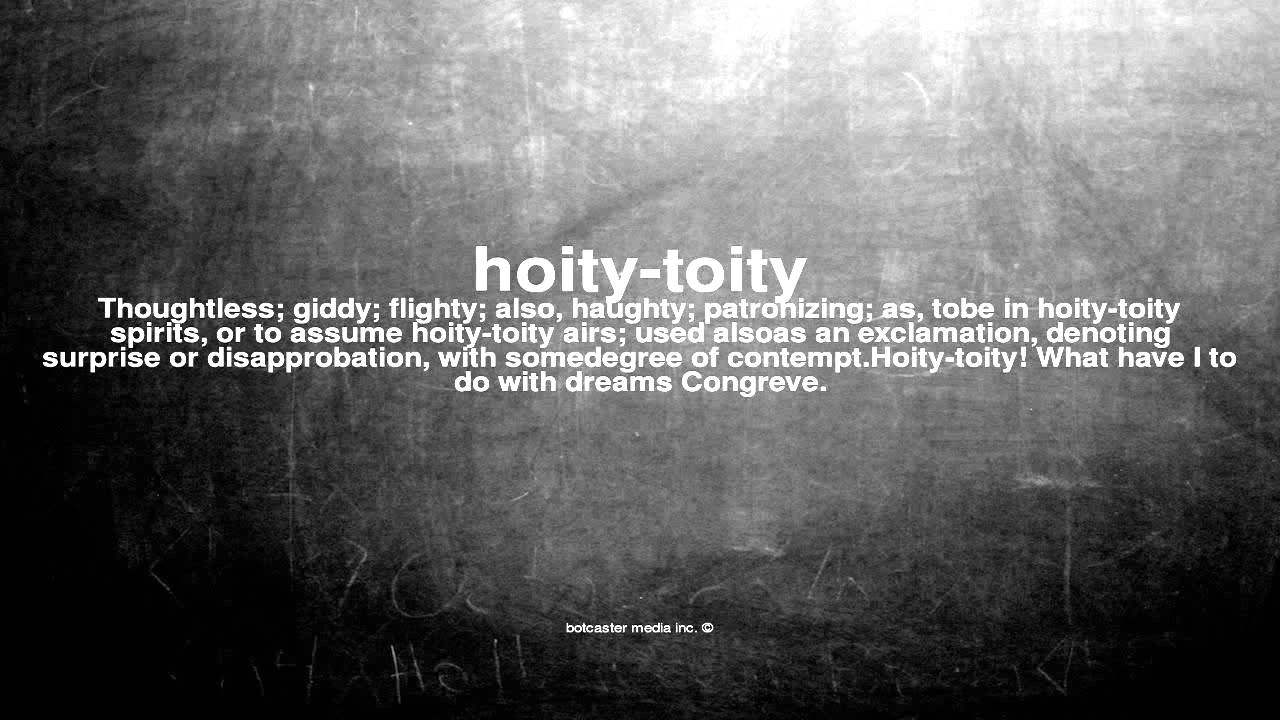 The variant exclamation highty-tighty arose through mispronunciation, from the same change in vowel sound that, in the seventeenth century, caused oil to be pronounced “ile”; boil, “bile”; join, “jine,” etc.