Where does the phrase “out on a limb” come from and What does it mean?

The phrase “out on a limb” means to be at a disadvantage, as one would be if actually upon the limb of a tree, hanging on for dear life and being pelted or shot at by an enemy.

The expression is of American origin and dates from the latter part of the nineteenth century.

Its earliest literary appearance was, in 1897, by Alfred Henry Lewis who, under the pen name of Dan Quin, wrote Wolfville, one of a series of tales about life in a frontier town. 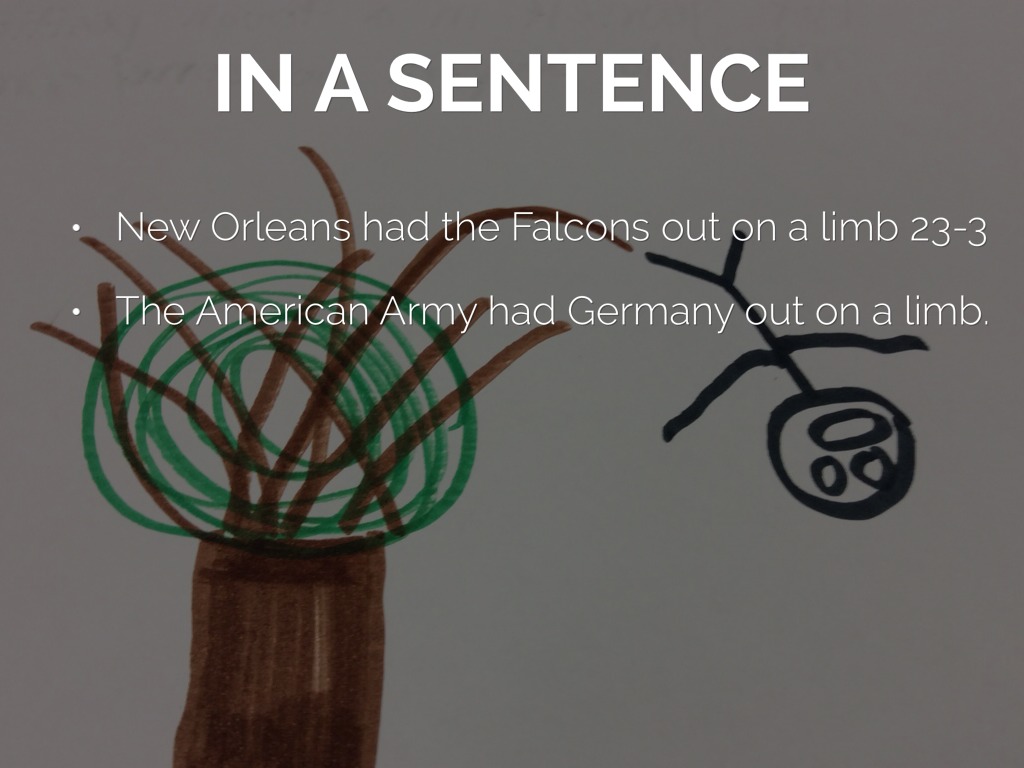