Where does the phrase “tarred and feathered” come from and What does it mean?

The phrase “tarred and feathered” means: Subjected to indignity and infamy.

Not so long ago, and perhaps in some localities even yet, this was literal, a punishment or condemnation meted out upon someone adjudged to have merited such treatment.

In its severest form the victim was stripped, sometimes shaved, and melted or even hot tar was poured or smeared over his head and body and he was then rolled in chicken feathers. 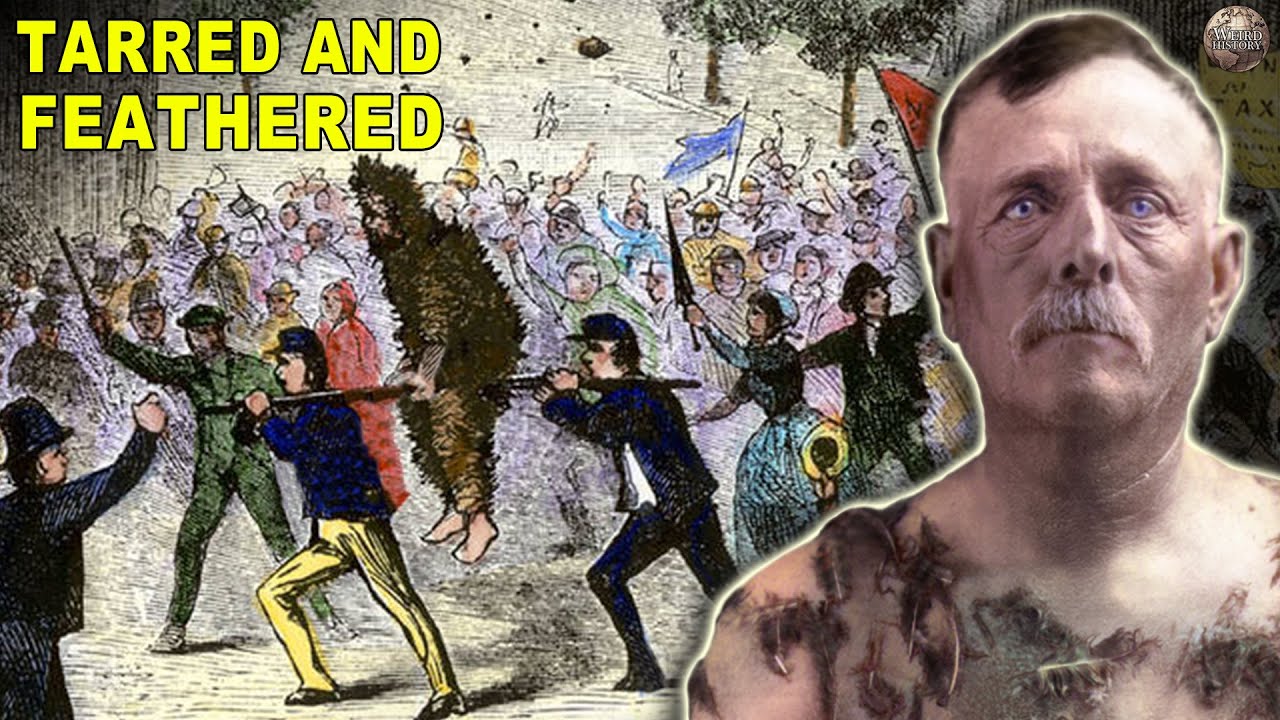 The victim might then be ridden out of town on a rail or driven out by dogs.

The punishment was first inflicted in England in 1189 by Richard I for one guilty of theft in the navy, but had been practiced in Europe in earlier years.

In America a royal officer of the customs was tarred and feathered in Boston in 1774, and other Royalists, according to report, received similar treatment by hot-headed rebellious mobs in that period.

Various American mobs repeatedly resorted to such measures in more recent years in attempts to rid a community of persons deemed by them to be undesirable.