The ducking stool is more modest than the tucking stool, though still an unpleasant device for the punishment of scolds, prostitutes, or women judged guilty of witchcraft.

It replaced the older device during the sixteenth century, though the older term was then sometimes used for it, and was still in use until the early nineteenth century.

The device consisted of a chair, in which the culprit was secured, mounted at one end of a seesaw at the edge of a pond or stream. 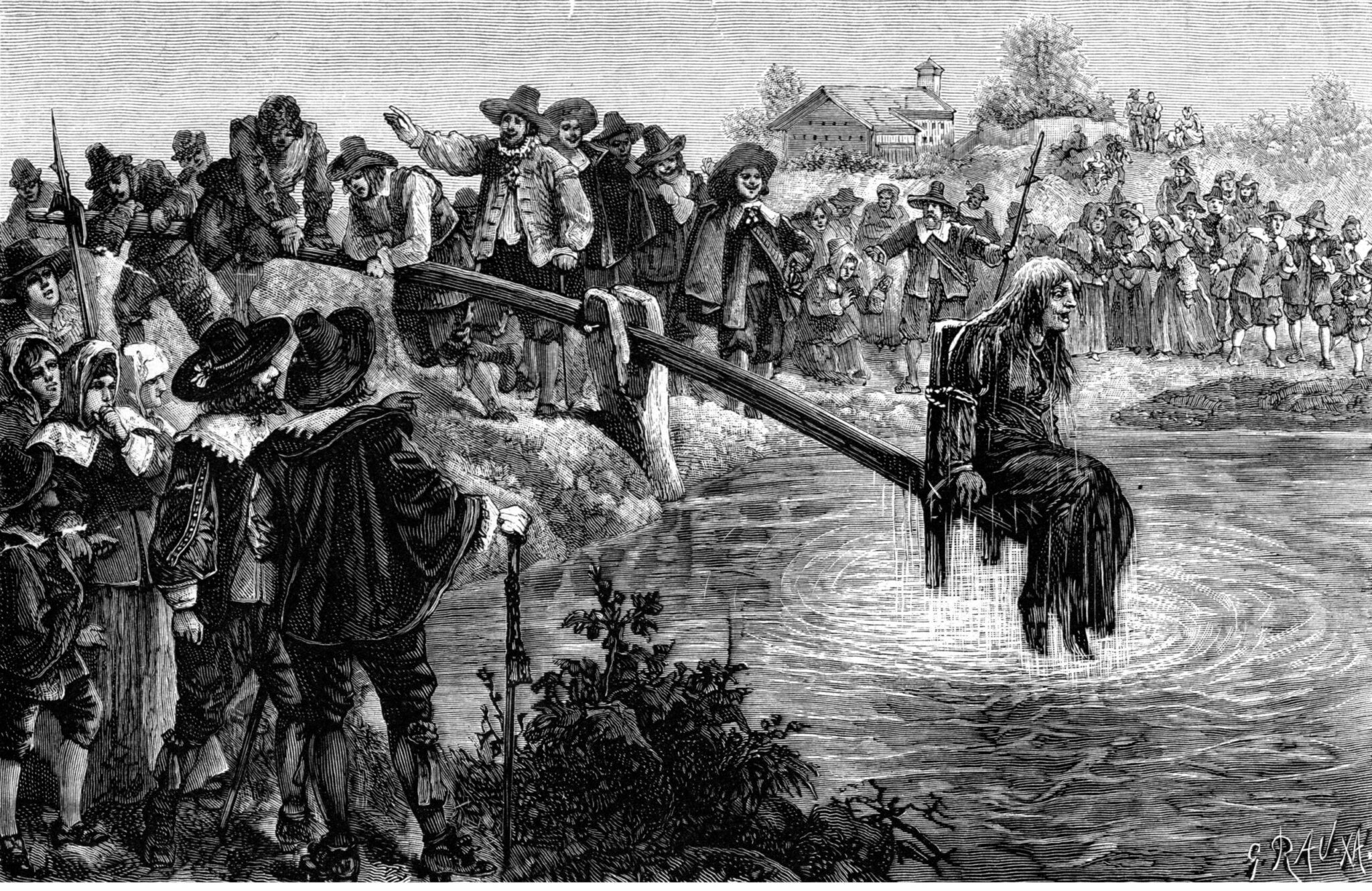 Those operating the other end of this seesaw could determine the number of times the culprit was ducked or dipped and the length of each immersion.

The victim sometimes died, either from shock or drowning.

In a similar device, a ducking tumbrel, the chair could be rolled into the water.