Where does the word “Skewbald” come from and What does Skewbald mean?

A skewbald horse (or other animal) is one that is basically white, but whose coat also has patches of some other color.

It is thus similar to piebald (especially for the derivation of -bald), and is sometimes used synonymously therewith, but when a distinction is made, piebald is used when the patches are black, skewbald when they are other than black.

As a compound word, skewbald dates to the seventeenth century, but its predecessor, skewed, of the same meaning, is some two hundred years older. 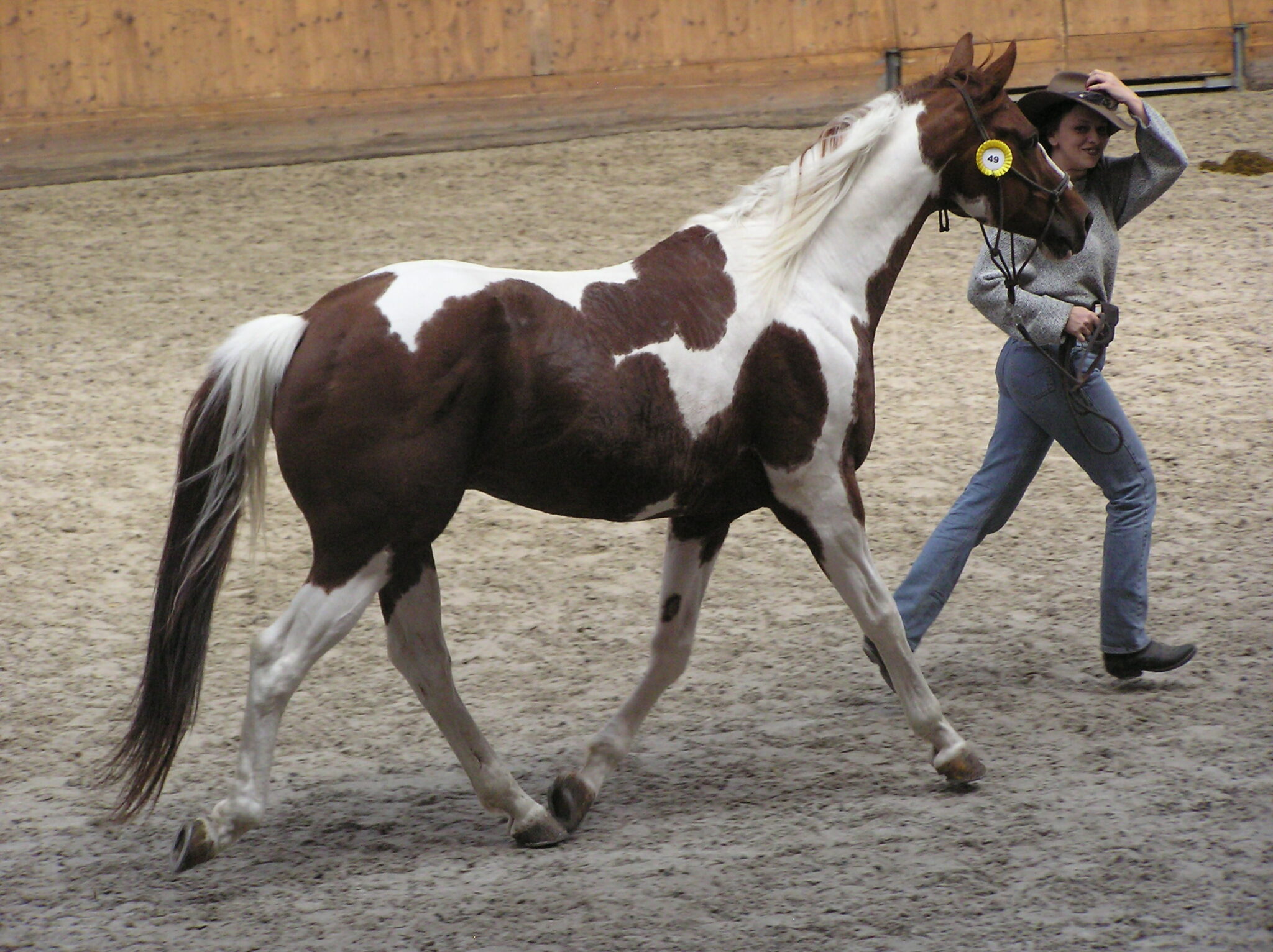 The derivation seems to be from the Anglo-Saxon scuwa, “shadow,” which may be related to the Latin obscurus, “dark, shadowed,” in the sense that the animal’s otherwise white coat is shadowed by the other color.