The expression “iron curtain”, in its allusion to the line across Europe beyond which are the countries under Soviet influence or control, was credited to Winston Churchill, to its use in a speech delivered by him on March 5, 1946, at Westminster College, Fulton, Missouri.

But the same metaphor may have been in other minds also and was certainly used by others before that date.

Had the idea of an impenetrable curtain occurred to an American, it is likely that he would have called it “an asbestos curtain,” having in mind the curtains used in American theaters to stop a backstage fire from spreading to the audience. But in Europe such fireproof curtains have long been made of iron. 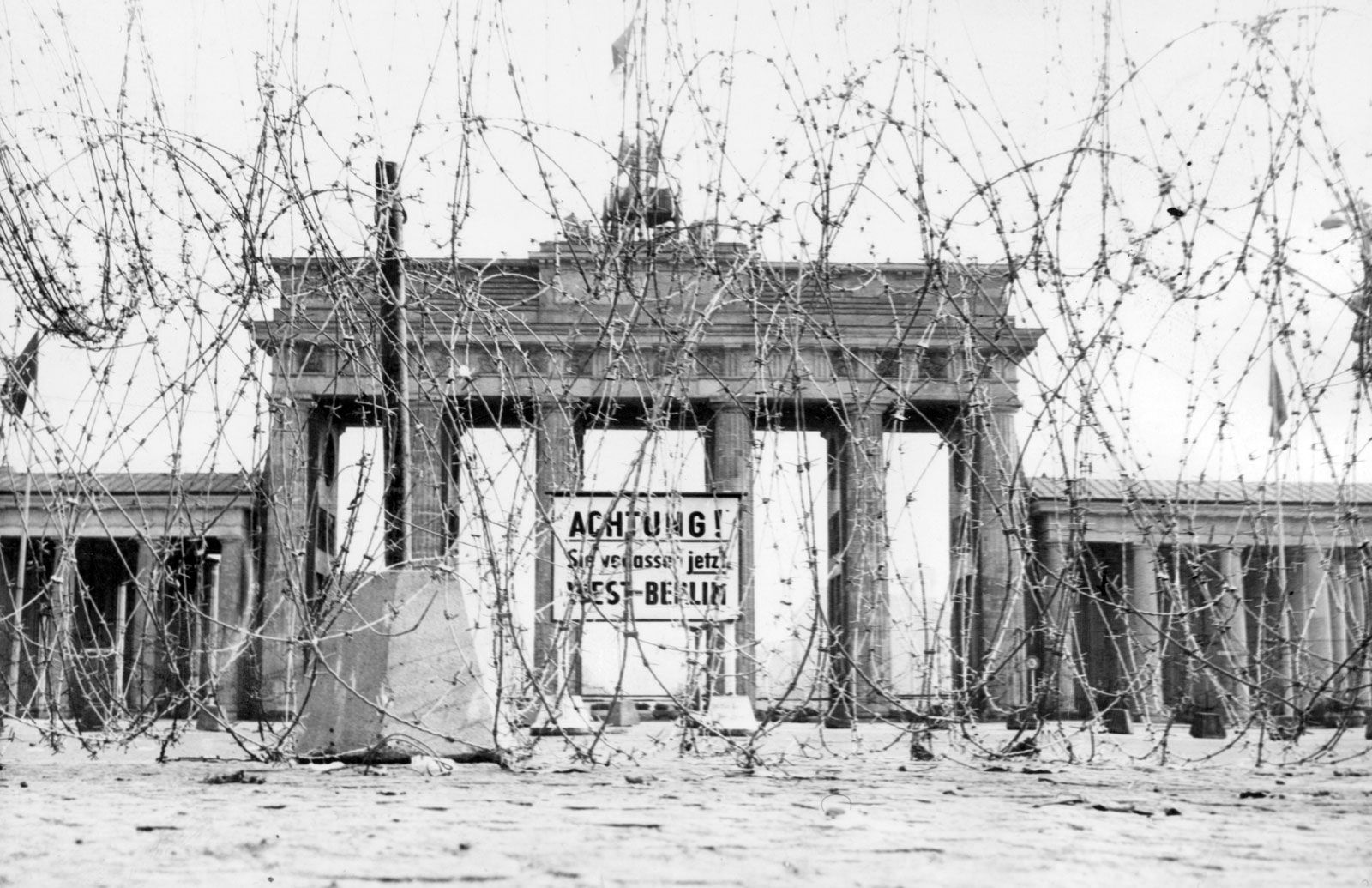 Thus, some five months before Churchill’s speech, there was an article in the Sunday Empire News (London), October 21, 1945, with the heading, “An Iron Curtain across Europe,” describing the difficulties attending military government in Germany.

It was written by a former staff officer in the G5 Division of SHAEF, Sir St. Vincent Troubridge, who is also familiar with theatrical terms and expressions. In a letter to me he stated that the expression immediately caught the fancy of the London newspaper world and within a month or two appeared in leading articles and that it was used at least once in the House of Commons before Churchill gave it world-wide circulation.

However, though without doubt unknown to either Troubridge or Churchill, the same metaphorical application had been given to the expression eight months earlier by no less a person than Joseph Goebbels, German Propaganda Chief.

As reported by John A. Lukacs in The Great Powers & Eastern Europe, 1953, Goebbels wrote in his editorial of February 23, 1945, in Das Reich:

If the German people should lay down their arms, the agreement between Roosevelt, Churchill and Stalin would allow the Soviets to occupy all Eastern and South-Eastern Europe, together with the major part of the Reich. An iron curtain (eiserner Vorhang) would at once descend on this territory, which, including the Soviet Union, would be of tremendous dimension. . . .

Goebbels was a good prophet.

To forestall the critics, let me add that other metaphorical applications of iron curtain, though not to the Soviets, may be found in the story, “The Food of the Gods,” by H. G. Wells (1904), with reference to a person held incommunicado by the police; in a book, A Mechanistic View of War and Peace (1915), by George Crile, and in England, Their England (1933), by A. G. MacDonnell, each of the latter two with reference to a curtain of artillery fire in a military engagement.