Where Does the Term Proof Come From and What Does “Alcohol By Volume” Mean?

The term proof was coined in the seventeenth century when people proved, or tested, the alcohol content of whiskey by moistening gunpowder with it and setting it afire. (Honest.) A slow, even burn indicated the desired 50-percent-or-so of alcohol. If the booze was watered down, the flame would sputter.

Not having any gunpowder handy, how should we express the amount of alcohol in a liquor? The obvious way would be to quote a percentage: If the beverage is exactly half alcohol, we would say that it is 50 percent alcohol. 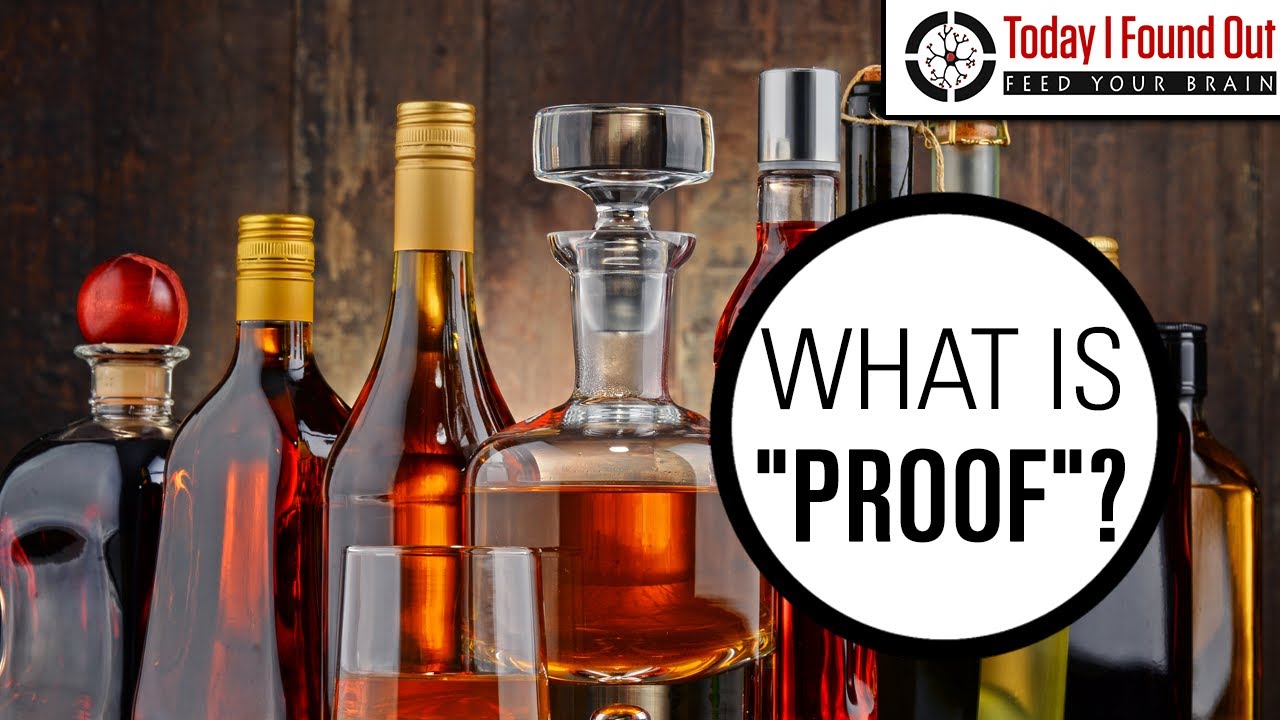 But then some wise guy would ask, “Fifty percent of what? Do you mean 50 percent of the liquor’s weight is alcohol, or 50 percent of its volume is alcohol?” And we wouldn’t know what to answer because the weight percent and the volume percent (the percent by volume) can be quite different, especially where alcohol and water are concerned. There are two reasons for this.

First of all, alcohol is lighter than water. In technical language they have different densities. A pint of pure alcohol weighs only 79 percent as much as a pint of water.

Let’s say that we wanted to make a 50 percent mixture of alcohol and water by weighing out equal weights, pounds or grams, of these two liquids and mixing them together. We would find that we have to use a bigger volume of alcohol than water By weights, the mixture will certainly be 50 percent alcohol, but by volumes it will be more than 50 percent alcohol. (It works out to be about 56 percent.)

Now guess which type of percentage the beverage manufacturers have chosen to quote on their labels. Right. The one that makes the alcoholic content seem higher: percent-age by volume. Taxes are usually based on the percentage of alcohol, so the tax man also profits by this dodge.

The second reason that percentage by volume is the chosen measure for wines and liquors is that a very unusual thing happens when alcohol and water are mixed: The final mixture takes up less space than the sum of the volumes that were mixed.

In other words, the liquids shrink. Mix a pint of alcohol with a pint of water; and you get only 1.93 pints of mixture instead of the two pints that you would expect. The reason is that water molecules and alcohol molecules form hydrogen bonds to each other, which snuggles them together even more tightly than they had been in the pure alcohol and water by themselves.

Using the beverage producers’ method, that 50-percent-by-weight mixture that we so carefully weighed out would appear on the label as approximately 57 percent by volume.