Why do people have different reactions to Alcohol and Does Alcohol effect everyone the same way?

Having spent decades on a university campus (no, it didn’t take me that long to graduate; I was on the faculty), I have heard more than a little about what the students call “hearty parties.” Translation: binge drinking.

But the college crowd doesn’t have a monopoly on binging, whether deliberate or accidental. For us in the postgraduate population, the occasional holiday-party overdose can be more sinister because we can’t just stagger back to the dorm. In most cases we have to drive home. And while that thought is sobering, the drive, unfortunately, is not.

A 2000 study supported by the National Highway Traffic Safety Administration found that driving performance begins to deteriorate at a blood alcohol concentration of only 0.02, one-fourth the national standard of o.o8 for a Driving Under the Influence (DUI) citation. 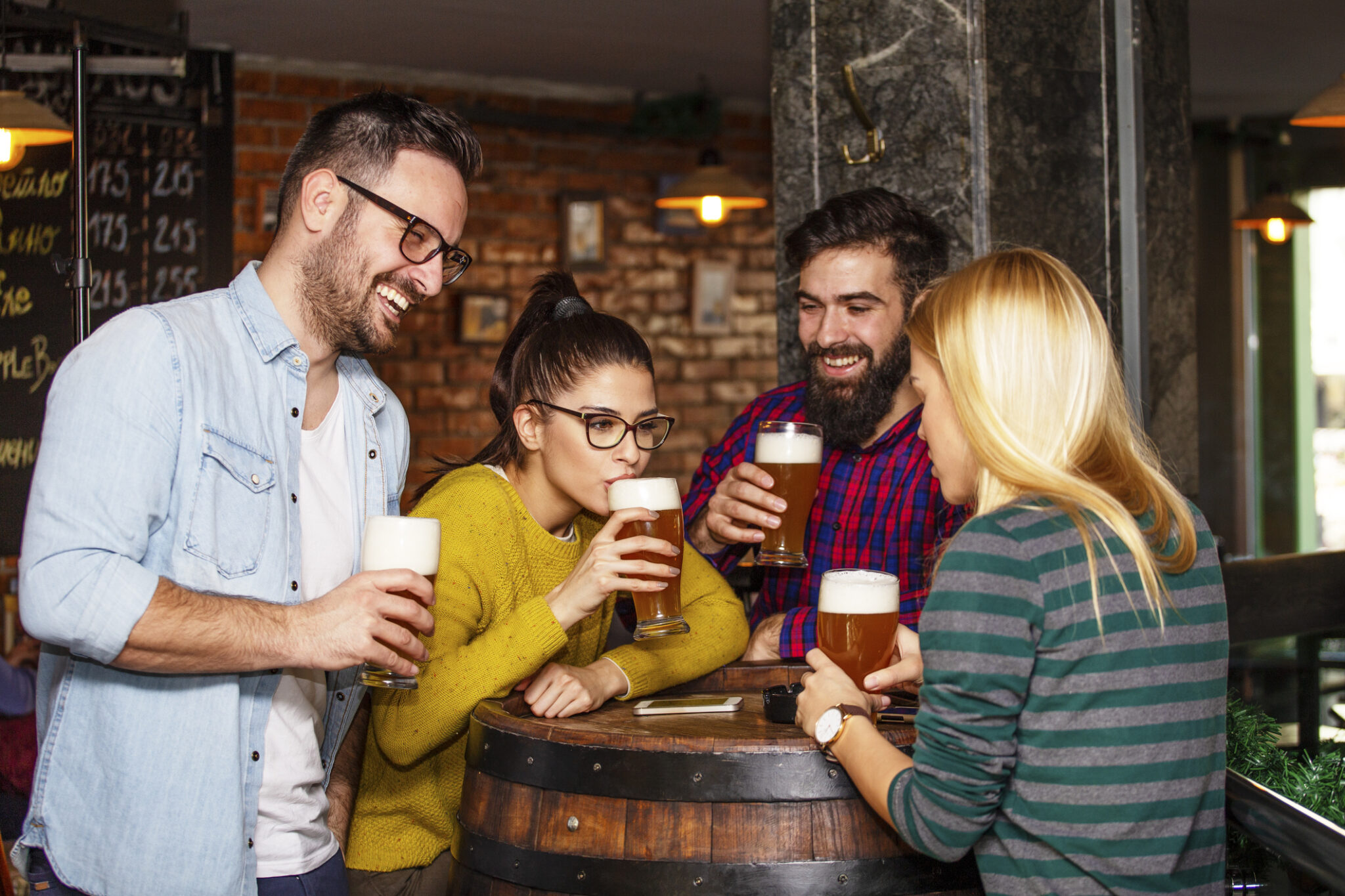 So how can we regulate our alcohol intake to reach intoxication stage 1 (relaxation and congeniality) without overshooting to stages 2 (garrulity and diminished inhibition), 3 (poor physical coordination and slurred speech), 4 (lack of control or restraint), 5 (lethargy and stupor), 6 (vertigo), 7 (coma), and 8 (death)?

The discouraging answer is that we can’t. At least not reliably. There are just too many confounding factors. Among the many variables that determine one’s reaction to a given amount of alcohol are genetics, metabolism rate (women’s rates are generally higher than men’s), body weight, and personal alcohol history (heavy drinkers can “hold” more). Overriding all of these factors is how a given amount of alcohol is consumed: whether it is diluted by a mixer, whether it is consumed with or without food, and over how long a period of time it is consumed. The more dilution, the more food, and the longer the imbibing time, the less effect the alcohol will have.

The foremost factor is the total amount of ethyl alcohol consumed. The proverbial plaint “But I only had two drinks” can mean almost anything. In the United Kingdom a standard “drink unit” is any beverage that contains 8 grams of pure alcohol. In the United States a “drink” is taken to mean 1 2 to 15 grams of pure alcohol, while in Japan it’s 20 grams. But you’ll never see “grams of alcohol” on a beer, wine, or liquor label.

Ingested alcohol is absorbed uniformly into all water in the body; about 8o percent of the absorption takes place in the stomach and 20 percent in the small intestine. The BAC will therefore depend on how much water a person’s body contains: the more of that water is in the form of blood, the lower the concentration of a given amount of alcohol and the lesser the physiological effects. Again, everybody’s different, but on average, males are 58 percent water by weight and females are 4 9 percent, while blood is 80.6 percent water in both men and women.

In round numbers, that translates to (name your poison):

These estimates are very rough, not only because people differ so much but because the calculations assume prompt and complete absorption of the alcohol, without accounting for delayed absorption caused by eating while drinking, or for the liver’s continuous processing of the alcohol, or for the elimination of alcohol in urine over the course of the party. It’s all a rather complex input/output system. Nevertheless, for a very conservative, ballpark estimate, keep track of the number of ounces you consume, and take the amounts above, adjusted for body weight and food consumption, as your probable “drunk threshold.”

Of course, you’ll want to stop long before that. But admittedly it’s hard to count ounces while singing “Auld Lang Syne” with a lampshade on your head. What you can do, however, whether you’re male or female, big or small, a heavy or “social” drinker, is this: Every half-hour on the dot, conjure up a virtual out-of-body experience and observe your own behavior from an objective distance. The moment you see or hear yourself entering stage or at most stage 3, cut yourself off at the bar, eat more food, and go home with your reputation intact.

The blood alcohol concentration (BAC) numbers used by law enforcement agencies, the U.S. Department of Transportation (DOT), and the National Highway Traffic Safety Administration (NHTSA) are the numbers of grams of alcohol per 100 milliliters of blood. The numbers come out to be two-place decimals; for example, the maximum legal level for drivers is 0.08, or eighthundredths of a gram per 100 mililiters. But many people have difficulty interpreting these small numbers, and they are in any case cumbersome. So instead of defining the BAC as grams of alcohol per 100 milliliters of blood, why not redefine it as milligrams of alcohol per 100 milliliters of blood? All the BAC’s will then be whole numbers. The limit for drunk driving would be 80 instead of 0.08. Lesser alcohol concentrations would be 70, 60, 50, and so on.

Are you listening, DOT and NHTSA?

Of course, there will always be the drunk who, upon being told his blood registers 100, will think he made a perfect score.