You are here: Home / Animals / Which Animal Defends Itself By Spitting?

The llama is the animal which defends itself by spitting. 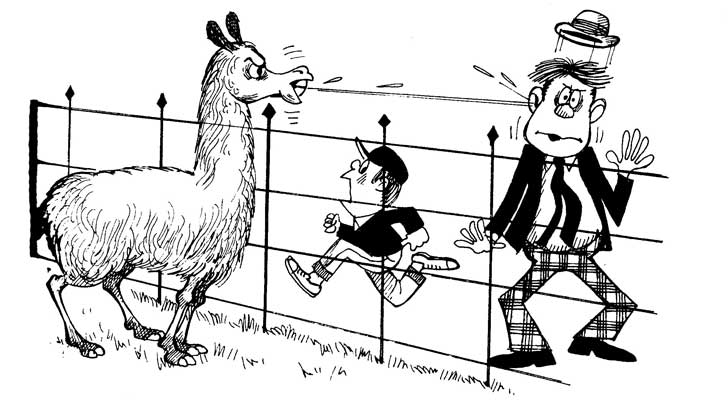 Llamas spit bad-smelling saliva through their teeth when they are angry or annoyed, and also to protect themselves. They are said to have great accuracy in spitting.

The camel, which belongs to the same family as the llama, also possesses this trait. Both camels and llamas have spit on people who tease them in zoos – not a very pleasant experience!

The llama is native to South America and has been domesticated by the South American Indians for centuries. Male llamas are used as beasts of burden, especially in the Andes Mountains.

Like camels, llamas are also known as stubborn animals.

If a llama feels it is working too hard or carrying a pack which is too heavy, it will lie down, curl its front legs under its body, and refuse to move.

Previous Post: « What Are Antlers and Which Animals Have Antlers?
Next Post: Why Do Moths Eat Wool? »