The ancient Romans built many aqueducts, or water-carrying structures, throughout their empire. Most of these aqueducts consisted of underground pipes, just like modern water-carrying systems. But when the Romans had to build an aqueduct over a valley or across a low-lying area, they constructed huge arched bridges to carry the water pipes.

The best example of an ancient Roman aqueduct stands near the French city of Nimes. The bridge that carried the aqueduct across the Gard River, called the Pont du Gard, can still be admired today, almost 2,000 Years after it was built!

The Pont du Gard was built with three tiers of arches. The lower tier consists of 6 arches, the middle tier has 11 smaller arches, and the upper tier has 35 arches. Built of stone, the bridge stretches 855 feet from one riverbank to the other, and the upper tier is 160 feet above the river! 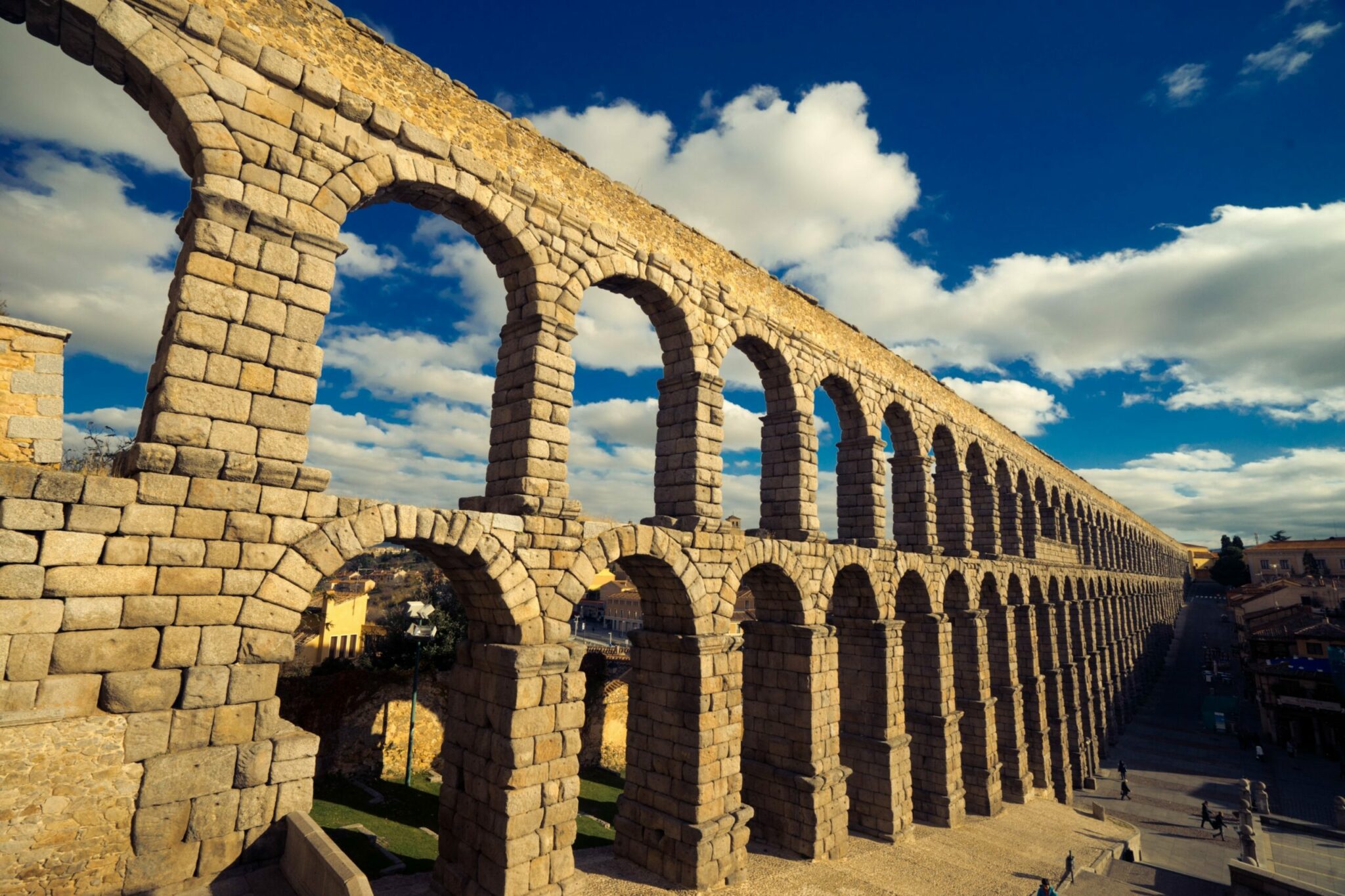